Elon Musk has advice for America’s CEOs: Quit spending so much time in meetings. The Tesla Inc. TSLA 1.27% chief executive said far too many business leaders occupy their days with discussions in conference rooms or over presentations, and fail to pay enough attention to finding ways to make their […]

has advice for America’s CEOs: Quit spending so much time in meetings.

chief executive said far too many business leaders occupy their days with discussions in conference rooms or over presentations, and fail to pay enough attention to finding ways to make their products better through day-to-day innovations.

“Are CEOs in corporate America focused enough on product improvement? I think the answer is no,” Mr. Musk told an online audience Tuesday during The Wall Street Journal’s CEO Council annual summit. “Spend less time on finance, spend less time in conference rooms, less time on PowerPoint and more time just trying to make your product as amazing as possible.”

In his remarks, Mr. Musk repeatedly took swipes at the way most companies were run. He also decried business school graduates, declaring there were “too many M.B.A.s running companies.”

The billionaire executive has always taken an unusual approach to management, one that has gotten him into hot water at times. He has tussled with financial regulators over his social-media usage and, earlier this year, criticized California’s shelter-in-place efforts to contain the coronavirus. The Securities and Exchange Commissionsued Mr. Musk in 2018, alleging he tweeted misleading information about taking Tesla private. A settlement deal with the SEC required that Tesla officials preapprove statements from him that could affect the company’s stock price. Earlier this year, he tweeted that he felt Tesla’s stock price was too high.

“What’s the point of a company at all? Why even have companies?” Mr. Musk asked Tuesday, suggesting many leaders had lost sight of the fundamental role of corporations. “A company has no value in and of itself. It only has value to the degree that it is an effective allocator of resources to create goods and services that are of a greater value than the cost of the inputs.”

Instead of obsessing over spreadsheets, he said, executives should walk factory floors or interact with more customers. Innovation often doesn’t come through one breakthrough idea but a relentless focus on continuous improvement, he said.

“Is your product as awesome as it could be? Probably not,” Mr. Musk said. “What could you do to make it great?”

Developing a product-focused mind-set is a skill that can be learned, Mr. Musk said, suggesting that executives seek negative feedback and think about the products they would want to use. “It’s not some mysterious thing,” he said.

“Basically just be an absolute perfectionist about the product you make or the services provided,” Mr. Musk said. “If you don’t love it, don’t expect others will, either.”

At his own companies, including Tesla and Space Exploration Technologies Corp., also known as SpaceX, Mr. Musk said he had made mistakes in the past when he strayed from his own advice and got too far away from the companies’ core tasks.

“When I have spent too much time in a conference room, that’s generally when things have gone awry,” he said. “When I go to spend time on the factory floor, or really using the cars, thinking about the rockets, that’s where things have gone better.”

When asked if he needed to better delegate, Mr. Musk said his employees respected when he dived into the details of their work.

“Think about war: Do you want the general in some ivory tower or on the front lines? The troops are going to fight a lot harder if they see the general on the front lines,” he said. “Nobody bleeds with the prince in the palace. Get out there on the goddamn front line and show them that you care, and that you’re not just in some plush office somewhere.”

Wed Dec 9 , 2020
SAVANNAH, Ga. (WSAV) — Business students at Savannah State University are getting the opportunity to gain real-world experience thanks to an on-campus program. A group of interns is in charge of running TigerCo Marketing, an online retail company founded at SSU in September by Savannah Sauce Company owners Mike Roberson and […] 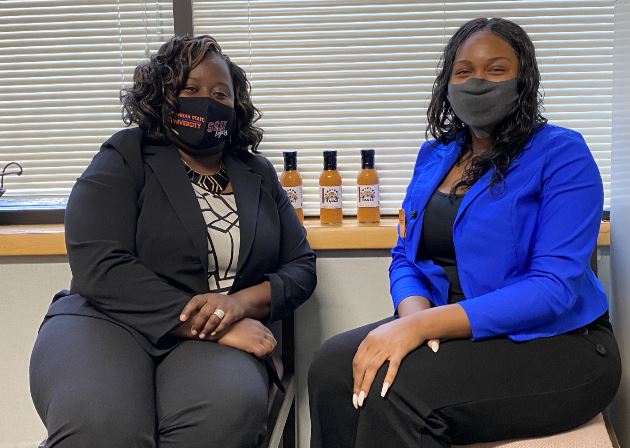