Meet Alex Lee. He’s 25 and, until recently, was working part time for an app-based delivery service to make ends meet.

The Gen Z Democrat will soon be California’s youngest legislator. The San Jose native overwhelmingly won a seat in the California Assembly on Tuesday, making him the youngest state legislator to assume office in more than 80 years. He will also be the first California legislator to have come out as bisexual.

My Sacramento colleague Melody Gutierrez has a wonderful profile of Lee and his path to victory. The young lawmaker says the same things that set him apart from other lawmakers — which others might have viewed as obstacles — are what make him an effective advocate.

“This isn’t abstract for me,” he told Melody on Wednesday. “I don’t have to try to understand what it’s like for people who struggle to pay their bills or with housing insecurity, that’s something I live with.” Addressing the Bay Area’s housing crisis is not just his top legislative priority; it has also shaped his own living situation. Lee currently lives with his mom, because like many young people, that’s what he can afford.

Lee told Melody that he wasn’t worrying about whether his fellow lawmakers — who are, on average, twice his age — will take him less seriously because of his relative youth.

“There will always be detractors,” he said. “I will prove them wrong.”

The presidential race dragged on Friday as Joe Biden hoped to clinch the White House by winning just one more state, and Democrats expressed confidence that will be vote-rich Pennsylvania, the state of his birth. As votes continued to be counted, President Trump’s once-large edge there dropped and Biden took the lead in equally contentious Georgia. Biden made brief remarks urging patience and calm. His remarks sharply contrasted with those of the president, who spoke publicly for the first time to spread baseless accusations of voter fraud. Los Angeles Times

Is this week the start of a progressive wave in L.A. politics? Los Angeles voters upended the political status quo on Tuesday by backing a slate of progressive candidates. The question now is whether the leftward push is the beginning of a larger realignment of local politics or a unique moment brought about by extraordinary times. Los Angeles Times

Powerful, wealthy interest groups keep a tight grip on the California proposition system: On Tuesday, voters waded through a dozen propositions covering a variety of complicated policy ideas. Most were carefully crafted by powerful interest groups, often as much a solution to their problems as addressing an urgent public need. Los Angeles Times

Note: Some of the sites we link to may limit the number of stories you can access without subscribing.

L.A. County coronavirus cases hit the highest daily level in three months on Thursday. Though a spike in cases last month was attributed to a backlog of reported tests, the most recent increases are not associated with delays in reporting, public health officials said. Los Angeles Times

Even the weather is polarized these days: Dry and warmer-than-normal temperatures across Southern California will make way for a notable cooldown this weekend that may include rain, gusty winds and mountain snow. Los Angeles Times

A DJ’s souped-up truck was stolen and became the star of a televised L.A. pursuit. The enormous, custom-built black Ford F-550 6×6 was stolen from the service bay of a dealership in Van Nuys, authorities said, and belongs to DJ and music producer DJ Marshmello. Los Angeles Times

“Eight months ago, more than a few people were writing George Gascón’s political epitaph.” A look at how Gascón went from barely surviving his primary to likely becoming L.A. County’s next district attorney. Los Angeles Times

Why liberal California keeps saying no to rent control: The decisive failure of Proposition 21 on Tuesday — like Proposition 10 before it in 2018 — shows that despite California’s reputation as a progressive bastion, voters here are far from willing to support one of the most well-known housing ideas championed by the left. Los Angeles Times

Latino voters are tired of being taken for granted by baffled Democratic campaigns: It’s a political cliche grounded in a frustratingly and repeatedly misunderstood reality. Los Angeles Times

Only a few thousand votes separate San Francisco’s closest, still-uncalled race. If passed, Measure G — which is currently trailing — would lower the voting age for local candidates and ballot measures from 18 to 16 in San Francisco County. SF Gate

The FBI raided a Compton councilman’s home and the Baldwin Park city attorney’s office: The search warrants were served as part of a federal investigation examining Baldwin Park’s dealings with cannabis businesses, according to sources familiar with the probe.Los Angeles Times

HEALTH AND THE ENVIRONMENT

A Korean “national treasure” was found at a Fresno estate sale. After years of sleuthing, it’s back at a museum in Korea. Fresno Bee

A poem to start your Friday: “The New Colossus” by Emma Lazarus. Poetry Foundation

Get our free daily crossword puzzle, sudoku, word search and arcade games in our new game center at latimes.com/games.

It was late August in 1976, my 10-year-old daughter and 5-year-old son were playing tether ball on the blacktop driveway with several neighbor kids. Even though it was in excess of 100 degrees in Cathedral City, all were barefoot. I decided to get the mail from the box near the street. I made it almost to the mailbox when my feet started to burn, I hurriedly grabbed the mail and headed toward the house. I ended up with blisters on the soles of both feet, limping around for a week.

If you have a memory or story about the Golden State, share it with us. (Please keep your story to 100 words.)

Please let us know what we can do to make this newsletter more useful to you. Send comments, complaints, ideas and unrelated book recommendations to Julia Wick. Follow her on Twitter @Sherlyholmes.

Fri Nov 6 , 2020
Bloomberg The Second Breakup of AT&T (Bloomberg) — AT&T Inc. has been called many things over its 135-year history: Ma Bell, monopoly, media conglomerate. The company, which traces its roots to the patent rights of telephone inventor Alexander Graham Bell, was the dominant phone company for much of the 20th century. […] 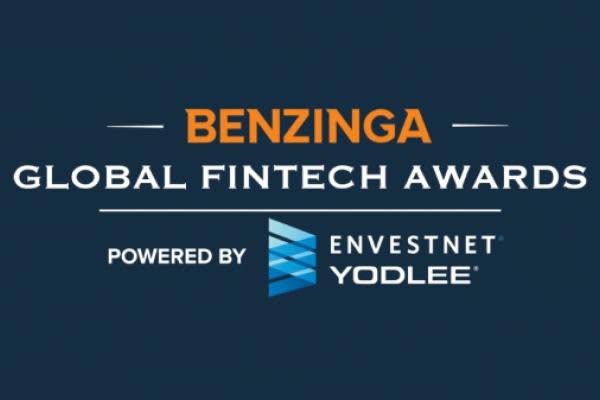