Canada made the list of 14 safe non-EU countries – Getty The EU has announced 14 countries whose citizens can be let into the bloc from July 1, but the US, China and Brazil have been left off the list. The list includes Australia, Canada, Japan, Morocco and South Korea. […]

The EU has announced 14 countries whose citizens can be let into the bloc from July 1, but the US, China and Brazil have been left off the list.

The list includes Australia, Canada, Japan, Morocco and South Korea. The EU has suggested it will add China once the Chinese government offers a reciprocal deal for EU travellers.

Border controls have been lifted inside the EU, meaning you can travel freely between countries once inside.

Also on the safe list are Algeria, Georgia, Montenegro, New Zealand, Rwanda, Serbia, Thailand, Tunisia and Uruguay. The list will be finalised by midday today.

Anyone from the UK will be treated in the same way as EU citizens until the end of the Brexit transition process, on December 31.

However, the Foreign Office still advises against travel and anyone arriving in the UK will have to quarantine for two weeks. Once the long-awaited ‘air bridge’ announcement comes (expected today or tomorrow) British nationals will finally know which countries they can travel to this summer.

Wondering what it’ll be like to fly from London City Airport?

Wonder no more. London’s sleekest airport has released a video to show what it’ll be like to fly in the post-pandemic era.

“My adopted home state of Texas has lost a little of its infamous swagger this week,” writes Sarah Ivens.

“Usually so self-assured with its moniker of ‘biggest and best’ place to be in the Union, in the last few days the only list it’s leading is fastest growth of confirmed Covid-19 cases in the US.

“Since the weekend, the country music dance halls have been shuttered, the frozen margaritas are no longer being poured at my local Tex-Mex tavern, and if we want beef brisket, its probably safer to barbecue at home. Hitting at the same time as the usual 100F hot and humid summer days, it’s a pretty tough and tiring place for a pasty Brit to be stuck right now.”

Tate to reopen galleries on July 27

The Tate has announced it will reopen all four of its galleries on July 27, almost three weeks after the National Gallery is set to reopen its doors on July 8.

Tate Britain, Tate Modern, Tate Liverpool and Tate St Ives have been closed since the lockdown began in March.

“The role of our national cultural institutions is more vital today than ever before. During the closure Tate’s dedicated staff have found new and creative ways to allow our audiences to enjoy art in the virtual world using our digital platforms. My fellow trustees are delighted that from 27 July the public will once again see Tate’s world-leading collection and exhibitions in person”.

It’s the news you’ve been waiting for…

… Penny Farthing tours will return in London on July 25.

The Penny Farthing club organises trips for novice riders (Victorian costume rides are also available… as is Penny Farthing Polo), but has been out of action through the pandemic.

The northernmost Emirate in the UAE has been certified as a ‘safe city’, according to Bureau Veritas.

The Emirate has been given the Safeguard Assurance Label, guaranteeing heightened safety standards, training and hygiene protocols in place.

“As travel starts to resume, our role as a tourism development authority is to ensure that robust measures are in place to protect the health and safety of our visitors and provide the peace of mind they need for a truly well-deserved holiday.

“Our goal is for Ras Al Khaimah to set the global benchmark for post-pandemic travel safety and to set the standards to which all other destinations will aspire. We are immensely proud to be the first destination in the world to be certified as safe by Bureau Veritas and receive the WTTC safe travels stamp and believe it will go a long way to restore confidence and bring tourists back to Ras Al Khaimah. “

Plague of locusts in Argentina

A plague of locusts has landed in Argentina and is wreaking havoc on corn plantations.

A handful of hardy travel firms have been sending intrepid Britons to FCO no-go zones for years, Oliver Smith reports.

Wild Frontiers, for example, in business since 2002, has the likes of Algeria, Pakistan, Sudan and the DRC on its route map, and the company’s trips often feature regions the FCO would rather you avoided. So how does it find insurance for its clients?

“We’ve been running trips that contravene FCO advice ever since we started – though not as much as we used to, as lots of countries have become more FCO-friendly is recent years.

“As a general rule of thumb, a standard insurance policy will become entirely invalid the moment you put a fingernail into an FCO red zone – even if you take it out straight away. How they prove it is another matter, but that’s the rules.

“However, we have a specialist, Travel and General, that offers bespoke insurance so we can visit the riskier places. Our policies have three levels: Standard – for when there’s no incursion into FCO dodgy bits, Improved – for when a trip spends a little time in a no-go zone, and Elite – that’s for holidays to Afghanistan and suchlike.

“In terms of price: if the clients are under 65, it’s still pretty reasonable. It then roughly doubles (as most policies do) for over 65s, and doubles again for over 75s.”

When will air bridges be announced?

On Sunday, Priti Patel said the Government would announce the first set of air bridges “in the coming days”. So it is likely we will know today or tomorrow.

The first group of air bridges is expected to be a selection of popular destinations with low infection rates – a bid to “re-fire” the Mediterranean tourist economy from July 6, according to government sources.

Once the announcement has been made, families will finally be able to start planning their summer breaks. It is expected that the FCO’s indefinite warning against all-but-essential travel, in place since March, will also be lifted. However, some popular destinations could also miss out, due to the rising rate of Covid-19.

A second, larger set of countries will then be unveiled later in July, including business destinations in Europe and “low-risk” Caribbean islands which Public Health England has identified as having minimal infections. There is also talk of one long-haul “air bridge”, although this comes with complications around transiting in stop-over countries that the UK does not have an air bridge with.

So which countries are set to be announced?  Here we take a look.

National Gallery to reopen on July 8

The National Gallery in London will re-open on July 8, with a regime of social distancing and three one-way routes which will – between them – take in most of the key galleries and all the major paintings, Nick Trend reports.

Some of these have been rehung to make them accessible. Opening hours have been shortened to 11am–4pm and all visits must be booked online in advance. It is the first major UK museum to announce its re-opening since it closed 111 days ago at the beginning of the lockdown.

LVMH expects pandemic to dampen sales for some time yet

Tue Jun 30 , 2020
PARIS (Reuters) – The fallout from the coronavirus crisis will weigh on LVMH’s <LVMH.PA> earnings for some time yet, though there were some signs of recovery this month, executives at the world’s biggest luxury goods group said on Tuesday. Second quarter earnings at the owner of Louis Vuitton and other […] 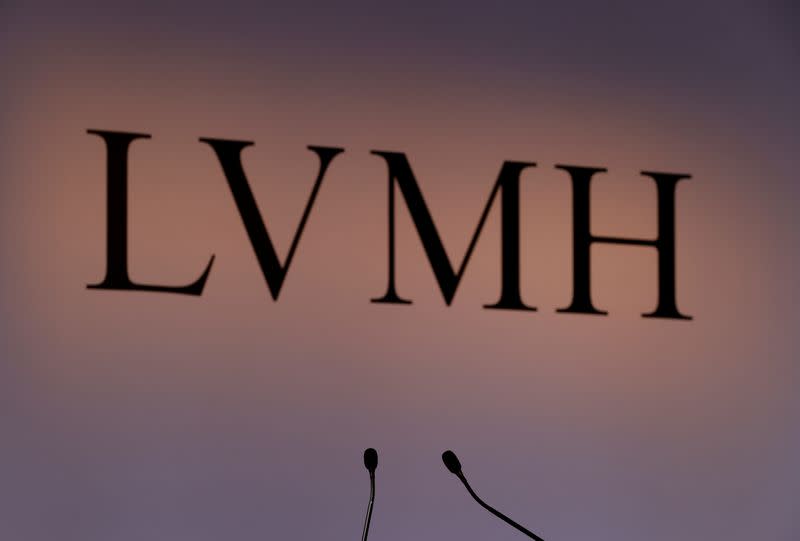