The winner of the 2020 Masters will not only get the distinction of winning the first — and likely only — Masters to be played in the month of November, he will also come away with a slew of awesome perks. The first set of bonus honors is exclusive to […]

The winner of the 2020 Masters will not only get the distinction of winning the first — and likely only — Masters to be played in the month of November, he will also come away with a slew of awesome perks.

The first set of bonus honors is exclusive to the Masters. Winners are treated to a luxe, custom-fit green jacket, worn only by other champions and members of Augusta National. The winner also has the opportunity to choose the menu for the next year’s Champions dinner, which takes place annually on the Tuesday of Masters week. Even better still is the privilege of a lifetime exemption into the tournament, meaning you can tee it up every single year at Augusta until you decide not to. Pretty awesome. Finally, the winner’s hardware includes a replica Masters trophy and a gold medal.

All of our market picks are independently selected and curated by the editorial team. If you buy a product to which we link, GOLF.com may earn a commission.

The next set of perks is bestowed upon every major champion: loads of exemptions. In addition to the lifetime invitation to the Masters mentioned above, the Masters champion also receives a five-year exemption on the PGA Tour, and a five-year exemption into the U.S. Open, British Open and PGA Championship. He also receives an invitation to the following year’s Tournament of Champions, which takes place in Maui at the Kapalua Resort during the first week of January and is reserved only for PGA Tour winners.

What else does a Masters champion get? Let’s talk about money — and when you win the Masters, it involves some seriously big bucks. The winner’s share of the $11.5 million purse is a whopping $2.07 million. But here’s how that money multiples even more: Winning the Masters also gets you 100 world ranking points, which can easily catapult the winner into the ranking’s elite zone. That translates into invitations to World Golf Championships, where there is no cut and thus, guaranteed money for each event. (Regular PGA Tour and European Tour event winners are generally awarded between 40 and 70 world ranking points, depending on the strength of the field.)

On the PGA Tour, a Masters win is also worth 600 PGA Tour FedEx Cup points, which provides a serious boost when it comes qualifying for the BMW Championship and Tour Championship at the end of the season — two more tournaments with no cut and thus, more guaranteed money. And for players hoping to make the next Ryder Cup team, points-earning power is doubled at the Masters and other major championships. (The European team qualifies via world ranking points and money earned in European Tour events, which include the major championships.)

So there you have it. In short: not a bad haul for four days of good golf!

As a four-year member of Columbia’s inaugural class of female varsity golfers, Jessica can out-birdie everyone on the masthead. She can out-hustle them in the office, too, where she’s primarily responsible for producing both print and online features, and overseeing major special projects, such as GOLF’s inaugural Style Is­sue, which debuted in February 2018. Her origi­nal interview series, “A Round With,” debuted in November of 2015, and appeared in both in the magazine and in video form on GOLF.com.

11 hacks to cut your insurance bills by thousands of dollars

Sat Nov 14 , 2020
11 hacks to cut your insurance bills by thousands of dollars Americans have had to pinch pennies more than usual this year. The COVID pandemic has brought an ongoing recession and grisly unemployment numbers, forcing families to scramble to find ways to curtail their spending. When cutting costs, don’t forget […] 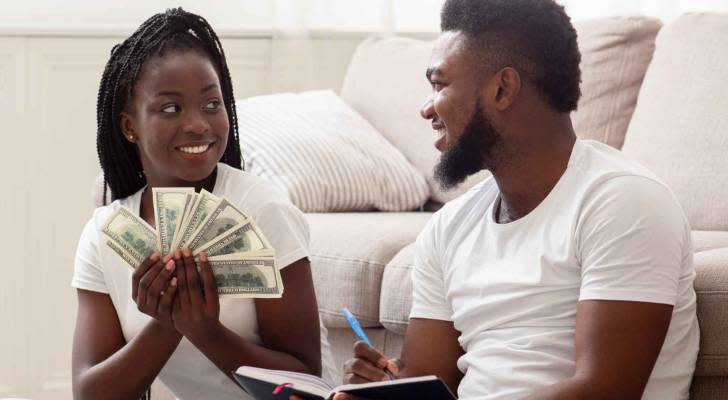