Facebook CEO Mark Zuckerberg in Washington DC on Oct. 23, 2019. Andrew Harnik/AP Facebook was slammed with two antitrust lawsuits this week — one from the FTC and one from a group of 48 attorneys general — that take aim at the company’s practices of stifling market competition. They also […]

What happened this week?

The Federal Trade Commission has been in charge of enforcing antitrust laws for decades, and the federal agency filed a lawsuit on Wednesday that seeks to force Facebook to spin off Instagram and WhatsApp.

Why? Because the commission alleges that when Facebook acquired the two companies, it did so to neutralize them as competitors. As Facebook CEO Mark Zuckerberg said in a 2008 email, unearthed for the first time in the FTC’s lawsuit, “it is better to buy than compete.”

That would be illegal, according to US antitrust laws. (This also isn’t a new accusation – Zuckerberg faced questioning over the same topic in front of Congress in July as part of its investigation into online competition.)

The FTC lawsuit accuses Facebook of holding such an “illegal monopolization.”

In addition to the divestitures, the filings are also seeking to keep Facebook from engaging in anticompetitive conduct. Such conduct could include Facebook preventing competing services from gaining access to its customer base, David Dinielli – an antitrust lawyer and a former special counsel with the antitrust division of the Department of Justice – told Business Insider. The ultimate goal, he said, is to restore competition in the market.

“This is the incredibly strong opening salvo of what could be a multi-year battle,” Dinielli said.

Why is the FTC lawsuit a big deal?

The lawsuit represents a major legal action taken by the US government against Facebook. It also coincides with a separate lawsuit filed by 48 attorneys general that includes similar allegations.

Dinielli also said an important fact about these filings is that they aren’t political documents but are rather explanations that anyone, regardless of political affiliation, will understand. Regulation of the tech industry has been largely politicized this year, especially as platforms like Facebook began fact-checking President Donald Trump’s online posts.

The suit’s demands that WhatsApp and Instagram be spun off are notable.

Divesting WhatsApp could have a dire impact on the future of the social media company, as Bloomberg’s Kurt Wagner reported. Facebook bet big bucks on the popular mobile messaging platform, and as those types of services continue to veer into the social networking world, a company like WhatsApp will be an invaluable asset. Zuckerberg and Facebook leadership recognized as much, according to internal emails made public as part of the FTC lawsuit.

“It’s kind of ridiculous in and of itself that they bought Instagram in 2012 and now, eight years later, [regulators are] saying, ‘Oh, you shouldn’t have done that,'” Ari Lightman, professor of digital media at Carnegie Mellon and social media expert, told Business Insider.

But that doesn’t mean that investigators will get their way with a WhatsApp-Instagram spin-off.

Will anything change because of the lawsuit?

Wall Street analysts told Business Insider’s Martin Coulter that the lawsuit might not actually have legs to hold up in court, and a spinoff of Instagram and WhatsApp is unlikely to happen, Lightman said.

“If you break them up now, are you going to give them a refund check?” Lightman said. There are so many integrated assets, from engineers and executives to user data, so the question is how does that even begin to be unraveled, according to Lightman.

Experts said what the lawsuit really represents is being part of a series of governmental actions signaling the broader consensus that the industry needs oversight.

“It’s time to take all of these companies seriously, both in terms of the incredible benefits they’ve provided to our economy, to the marketplace of ideas and to our personal lives, but also the problems that they pose for those same things,” Dinielli said.

And Lightman said “every acquisition they try to make from here on will be met with such a level of inspection and skepticism associated with it.” What Facebook needs is better legislation that applies to them specifically as internet platforms, according to Lightman.

He also said Facebook will spend “a lot of money, a lot of resources, a lot of time, a lot of energy fighting this thing,” leaving the door open for other competitors to catch up with their own innovations.

The lawsuits come after a tumultuous year for Facebook

Both the FTC’s suit and that filed by 48 attorneys general come on the heels of a rocky few months for Facebook, as a reckoning in tech looks to be on the horizon.

Antitrust scrutiny, accusations surrounding the proliferation of misinformation and hate speech on its platform, election interference, a vendetta against Republicans – it has not been smooth sailing for Facebook this year. Though its problems, of course, stretch back years, when the Cambridge Analytica scandal really kicked off a “techlash” against the company and its industry.

The House antitrust subcommittee has investigated Facebook, the Senate judiciary subcommittee is mulling over tweaking Section 230 protections, and a greater public discourse around tech regulation has taken hold as online consumers become more aware of the platforms they use every day.

“Running unregulated, unchecked, unsupervised – it’s great for growth in the early days, but now it doesn’t fit the model, and trying to use a blunt hammer, which is 120-year-old piece of legislation, is the wrong answer as well,” Lightman said.

With more online shopping this year, be wary of scams 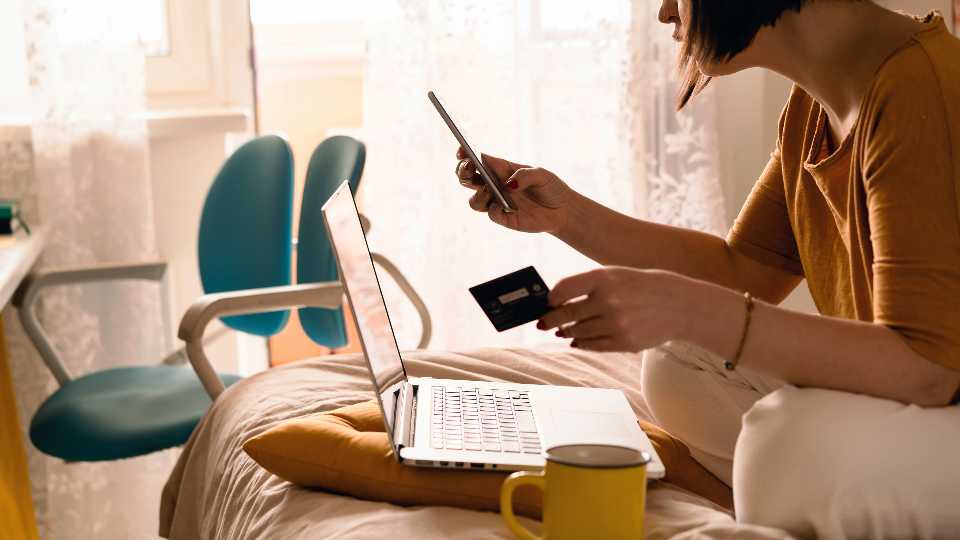