Roger Stone Facebook has removed a disinformation network it says was linked to “Roger Stone and his associates”. Mr Stone was a long-time political strategist and is an ally of US President Donald Trump. He was convicted of lying to Congress in 2019. He has denied involvement with the misinformation […]

Facebook has removed a disinformation network it says was linked to “Roger Stone and his associates”.

Mr Stone was a long-time political strategist and is an ally of US President Donald Trump. He was convicted of lying to Congress in 2019.

He has denied involvement with the misinformation network.

Facebook also said it had identified a network of fake accounts run by employees of Brazilian President Jair Bolsonaro’s government.

The social network released details of four misinformation campaigns ahead of the July edition of its monthly report on co-ordinated inauthentic behaviour.

“Campaigns like these raise a particularly complex challenge by blurring the line between healthy public debate and manipulation,” Facebook said.

What was linked to Stone?

Facebook said it had removed 54 accounts, 50 pages, and four Instagram accounts it had linked to Mr Stone.

About 260,000 accounts followed one or more of the Facebook pages.

The inauthentic pages posted about Mr Stone’s websites, books, and media appearances; local politics; and material leaked by Wikileaks ahead of the US 2016 election.

Meanwhile, the fake profiles posed as Florida residents and commented on the posts to make them look more popular.

In total, those behind the pages spent about $308,000 on Facebook advertising.

Facebook said several of the inauthentic pages had links to Proud Boys, a white-supremacist hate group it had banned in 2018.

“Roger Stone’s personal accounts and his branded assets will be coming down as part of this network,” said Nathaniel Gleicher, Facebook’s head of cyber-security policy. “We saw them deeply enmeshed in the activities here.”

It said those responsible had created “fictitious personas posing as reporters” and had “masqueraded as news outlets”.

The pages posted political memes; criticism of the political opposition, media organisations and journalists; and about the coronavirus pandemic.

Facebook said it had linked the accounts to employees in the offices of President Jair Bolsonaro, his sons Eduardo and Flávio, and special adviser Tércio Arnaud, among others.

Flávio Bolsonaro, a senator, said it was possible to find thousands of profiles supporting the Bolsonaro government, and to his knowledge “they are all free and independent”.

Most noteworthy here are the two separate sets of inauthentic accounts – one allegedly connected to former Trump adviser Roger Stone, the other to employees of Brazilian President Jair Bolsonaro.

It’s indicative of the evolution of political influence campaigns – although in the case of Mr Stone the aims appear more personal, with accounts promoting his books and Facebook pages.

The network that Facebook says is linked to the employees of President Bolsonaro seemed to have more ambitious targets, spreading disinformation and bolstering pro-government political narratives within Brazil.

News pages run by inauthentic accounts were used to promote conspiracies and criticise opponents of the Brazilian government, according to Facebook.

Some of the conspiracies that were plugged are ones that have been promoted by the Brazilian president himself – for instance, suggesting that coronavirus death tolls have been exaggerated by media outlets.

It adds to growing concerns about the use of co-ordinated online networks to target Mr Bolsonaro’s opponents – and reveals techniques used around the world to spread disinformation, such as posting as news pages and PR companies.

Facebook also shared details of a disinformation campaign in Ukraine, which it said it had linked to a local advertising agency.

All-time-low mortgage rates set off a flurry of borrowing

Thu Jul 9 , 2020
Homeowners and would-be homebuyers have found today’s deeply cheap mortgage rates impossible to resist and have stepped up their borrowing, a lenders trade group says. Rates have been dropping from one record low to another — in multiple surveys — as part of the financial fallout from America’s worsening coronavirus […] 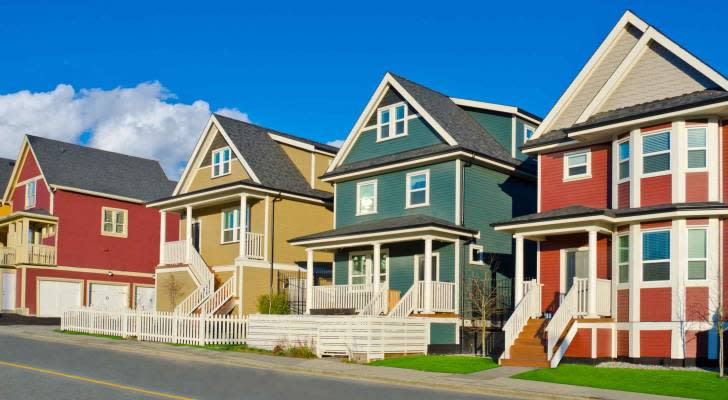