Facebook will now let individuals, businesses and other organizations make money from events held on the platform, the company announced Friday. True to its name, Paid Online Events allows accountholders to charge for event tickets or registrations for online events held on Facebook. According to vice president Fidji Simo, head […]

Facebook will now let individuals, businesses and other organizations make money from events held on the platform, the company announced Friday.

True to its name, Paid Online Events allows accountholders to charge for event tickets or registrations for online events held on Facebook. According to vice president Fidji Simo, head of the Facebook app, the feature was developed as a way of helping small businesses survive the coronavirus pandemic, which has ravaged sectors like retail, restaurants and in-person events.

“We’ve been testing this product for a while and now it is available to Pages in the U.S. and in 19 other countries,” she said in a press conference call held Friday. “So starting today, businesses creators, educators, media publishers can all start earning money from online events to help grow their business, connect with our community and reach new audiences all over the world.”

Using Facebook Pages, where accountholders can create, promote and host online events, they can now set and collect associated fees.

In a blog post, the company said that it combined marketing, payment and live video “to meet the end-to-end needs of businesses.” Facebook said it has been testing the feature, and it’s seen accountholders host expert talks, trivia nights, podcasts, intimate parties and entertainment or lifestyle events, such as boxing matches, cooking classes and fitness classes, among others.

What’s more, Facebook won’t take a cut for at least a year. But that doesn’t mean others — like Apple — won’t.

Simo took a swipe at the iPhone company for requiring a payment system that gets 30 percent of in-app transactions, like those for Facebook events, even “during these times when businesses are struggling,” she said.

Facebook asked Apple to reduce the fee or let in Facebook Pay — “so we could absorb all costs for businesses struggling during COVID-19,” she added — but the answer was no.

The revelation arrives after Apple was hit by a lawsuit on Thursday by Epic Games, which makes the popular game app Fortnite, citing similar reasons. Fortnite was booted from the App Store for introducing its own direct payments feature instead of using Apple’s own service. Now the developer is accusing Apple of monopolistic behavior, feeding into concerns by lawmakers about the tech giant’s anti-competitive approach to its App Store.

On its face, the case looks like merely another chapter in the battle between smartphone platforms and mobile app developers, the latter of which have long complained of unfair treatment. But over the years, mobile app ecosystems have become major economies, landing the issue into the purview of federal probes and Congressional inquiries at home and, most recently, investigations in the European Union.

As it relates to Facebook’s Paid Online Events, the iOS structure “means small businesses and creators will forfeit 30 percent of every dollar they earn when they sell a ticket to the online event,” Simo explained. But on Android and the web — i.e., where Facebook Pay is available — the company will not collect fees for online events, so small businesses will keep 100 percent of the revenue they generate.

The issue has created some complication for the feature’s roll out, as Facebook cannot say that accountholders will keep all fees, and it’s clearly not happy about that.

Aside from the payments structure, the feature itself looks like an interesting development for video and its application in the retail sector.

Live streaming was already a retail trend underway before the pandemic. But now, with video being a massive force in these COVID times, stores still locked-down or in various phases of reopening could see live video and all of its permutations becoming a crucial part of their survival plan.

That’s no small thing: According to research firm Forrester, U.S. retail will see $321 billion in losses this year compared to 2019, and a business recovery that will take as long as four years.

Until then, the more capabilities brands and stores have, the better. And a paid option can be more valuable than free ones, apart from whatever fees trickle in. There’s a whole raft of retail psychology behind how to use pricing and fees to create value for consumers and boost interest.

Consider a brand that charges a small $5 registration for a unique or influencer-driven styling event and gives back $10 off on purchases. Or paid beauty demos that target tricky issues, with exclusive or early availability of featured, in-demand products. It might even prompt some luxury or apparel brands to play around with charging entrance fees for early, VIP looks at virtual fashion shows, or conversations with a designer, for example.

Paid Online Events could be a useful item in the retailer toolbox, as it may attract qualified shoppers using a medium they’re already voraciously consuming. Such scenarios would offer consumers value — which is a key consideration for them right now — and may even help ensure people shop their stores. If the feature works in these ways, it would be hard to overestimate the value, even if transactional fees are part of the ride.

'My mum's advice saved me from lockdown anxiety'

Fri Aug 14 , 2020
My Money is a series looking at how people spend their money – and the sometimes tough decisions they have to make. Here, Lexy Oliver from Cheshire takes us through a week in her life during the coronavirus pandemic. Lexy is 27 and lives in Cuddington, Cheshire, with her husband […] 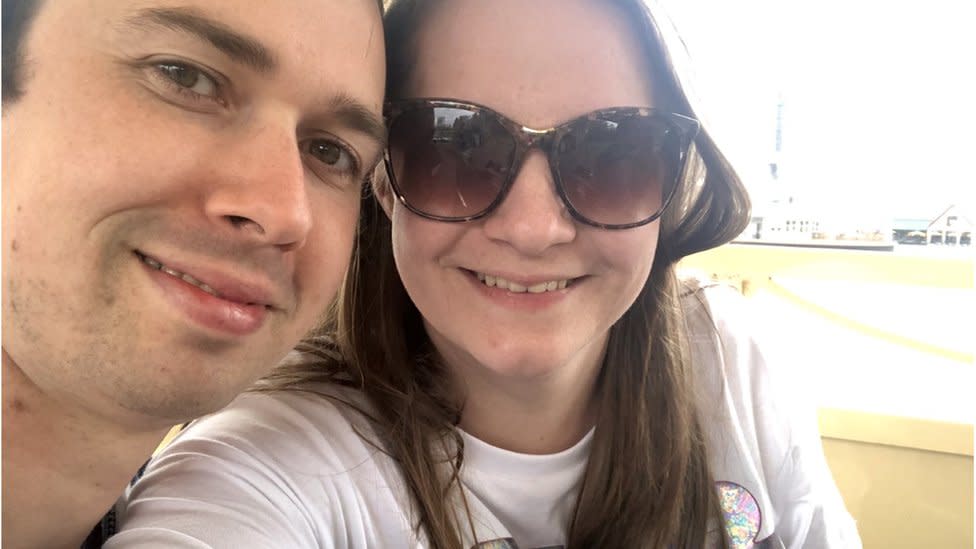