Big tech companies like Facebook and Google have collected so much personal data that they now use it to secure their own market dominance in an “advantageous feedback loop,” according to a House antitrust report published this month. The report provides one of the most comprehensive investigations to date into […]

It’s no secret that tech giants like Google and Facebook are constantly hoovering up data on everyone who uses their products. When you visit other websites, travel places in-person, or undergo a major life event like getting pregnant, there’s a good chance one or both of those tech companies will find out.

This data is primarily used by Facebook and Google to make money by selling ads — the companies can use their trove of data to pinpoint users, making an appealing pitch to advertisers by promising to show their ads to relevant demographics.

But the wealth of personal data also serves a larger purpose: It’s a foothold that helps keep the tech giants head and shoulders above their competitors.

A sprawling report published last week by the House Antitrust Subcommittee frames the unprecedented data collection as a tool for building monopolies. Relying on expert testimony and newly-surfaced internal documents from the companies, the report lays out in stark detail how Facebook and Google use their data war chest to bat away competition, expand their user base, and in doing so, collect even more personal data on a wider segment of the population.

“Data-rich accumulation is self-reinforcing,” lawmakers wrote in the report. “Companies with superior access to data can use that data to better target users or improve product quality, drawing more users and, in turn, generating more data — an advantageous feedback loop.”

The report further argued that once Google or Facebook have someone’s data, they’re likely to have it indefinitely. Even though both companies provide tools for people to clear the data associated with their accounts, the process of doing so is often labor-intensive and the “switching cost” is high. For instance, users are unlikely to go through the effort of downloading their Facebook photos, deleting their Facebook account, and then re-uploading all of their Facebook photos one by one to a competing social network.

Facebook and Google both responded to the report denying that they have an unfair advantage over competitors — Google said it has tools for users to delete their data from Google’s servers or port their files to another platform, while Facebook argued that its growth is the result of building superior products, not a feedback loop of data collection.

The report cites internal documents from the companies obtained by Congress that hammer home the significance of their data advantage.

In one document, a presentation made to investors before it launched its public offering in 2012, Facebook argued that its trove of personal data gave it an advantage over other advertisers because of its reach, engagement, and using people’s “real identity — people as their real selves.”

Google made similar claims in a July 2006 presentation obtained by Congress, which argued that Google could start monetizing people’s personal data it had collected by purchasing DoubleClick, an online ads marketplace.

The lawmakers’ report stops short of making specific policy recommendations to counter the companies’ “advantageous feedback loop” of data collection — instead, it argues broadly that reducing the companies’ market power through antitrust action would be a boon for data privacy.

Lawmakers hint that future laws could set standards for “data portability,” requiring tech companies to make it easier to download your data or port it to a competing platform. But that won’t solve antitrust problems, the report argues. In that regard, lawmakers say regulators like the Federal Trade Commission and the Department of Justice should be given more funding to counter the tech giants and create room for competitors.

People care about privacy — but because there aren’t any companies that can offer comparable alternatives to Facebook and Google, people are left with few choices if they’re disturbed by those companies’ data collection.

“The persistent collection and misuse of consumer data is an indicator of market power in the digital economy,” the report reads. “The best evidence of platform market power therefore is not prices charged but rather the degree to which platforms have eroded consumer privacy without prompting a response from the market.”

Wed Oct 14 , 2020
Zoom unveiled an integrated marketplace for online events at its annual Zoomtopia event this morning, signaling the next step in its evolution as a video communications platform. It has been a whirlwind year for Zoom, the historically enterprise-focused video chat tool that was thrust into the spotlight by the COVID-19 […] 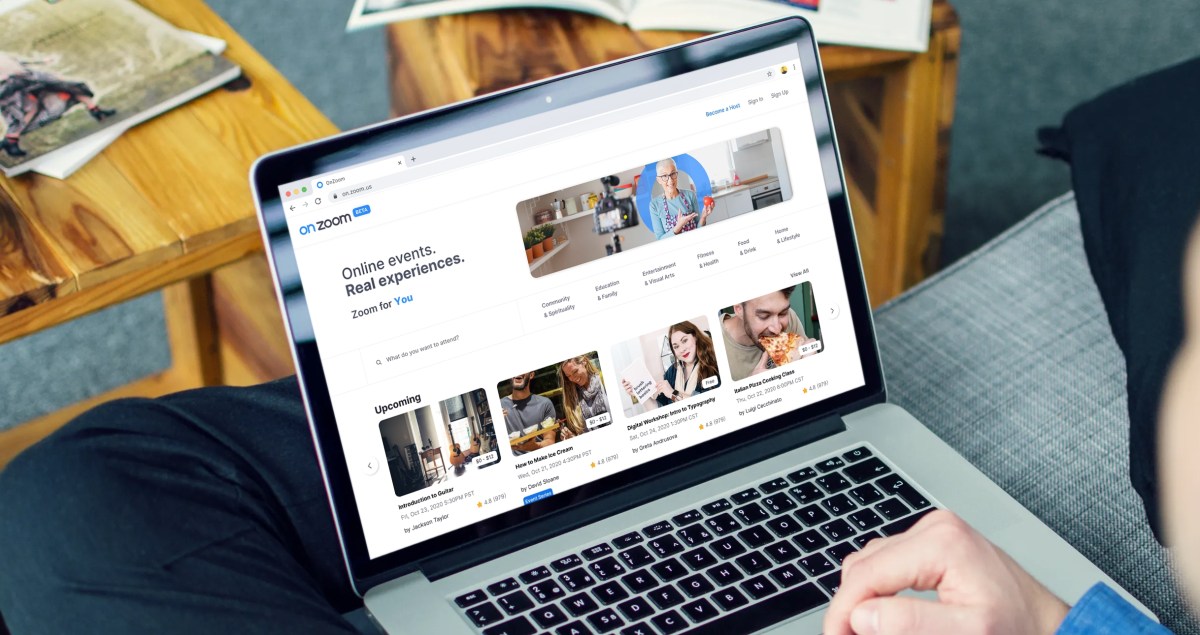