Social media giants could soon get a stronger taste of the Trump administration’s attempt to weaken legal protections that have long shielded those platforms from liability for edits and deletions to user content. Companies targeted by the President’s May 28 executive order could learn in more detail by Monday — […]

Social media giants could soon get a stronger taste of the Trump administration’s attempt to weaken legal protections that have long shielded those platforms from liability for edits and deletions to user content.

Companies targeted by the President’s May 28 executive order could learn in more detail by Monday — when the order’s 60-day deadline arrives — how the administration intends to carry out its plan. It coincides with social media CEOs preparing to testify Monday before lawmakers on the hotly-contested and related issue of antitrust.

Underscoring the stakes, the executive order charges Twitter (TWTR), Facebook (FB) and its photo-sharing platform Instagram, as well as Google’s (GOOG) YouTube with wielding “immense, if not unprecedented, power to shape the interpretation of public events; to censor, delete, or disappear information; and to control what people see or do not see.”

The order requests that the Federal Communications Commission (FCC) reinterpret and issue new regulations for Section 230 of the Communications Decency Act, the law granting social media giants their special protection. The protection is widely regarded as the tool that made it possible for Big Tech to amass considerable market dominance.

That includes his own posts, which recently fueled a feud with Twitter over warning labels the company placed on posts that questioned the integrity of mail-in voting, and threatened force against protestors responding to the homicide of George Floyd.

How it would be enforced

Section 230 was originally created to enable online platforms to make good faith efforts to block user content that the platform — or its users — consider to be obscene, lewd, lascivious, filthy, excessively violent, harassing, or otherwise objectionable, without exposing them to lawsuits. That latitude gives social media and other platforms that host user content an exemption for editorial decisions not available to traditional publishers.

Under the order, the president instructs U.S. Secretary of Commerce Wilbur Ross, acting through the department’s National Telecommunications and Information Administration (NTIA) — an executive branch agency responsible for advising the president on telecommunications and information policy issues — to file a petition for rulemaking with the FCC. The NTIA did not immediately respond to Yahoo Finance’s request for comment.

The order requests that the FCC “expeditiously propose” new regulations for the online platforms that would further tighten scenarios under which 230 would allow the platforms to edit and delete content — but the independent agency is under no obligation to do so. And before it can take rule-making steps, the FCC must first be authorized by statute to do so.

Anne Veigle, an FCC representative, told Yahoo Finance that the agency had so far received no petitions in connection with the Trump administration’s executive order.

Yet Legal experts, including Commissioner Jessica Rosenworcel, question whether the FCC has any authority at all to engage in rulemaking concerning 230. The agency has never claimed the authority under the law, and no such language extending authority exists in the statute.

In a statement Rosenworcel, a Democratic appointee, urged her fellow commissioners to reject the anticipated petition from the administration, saying that the FCC should not become the president’s speech police.

If the NTIA does file a petition with the FCC, and the FCC asserts authority to take action, the administration’s effort could still stop there if the FCC finds the NTIA’s petition deficient.

Alternatively, the agency could move forward by filing an official Notice of Proposed Rulemaking (NPRM) — a document that explains the agency’s plans and must be published in the Federal Register. Another option still would be for the FCC to issue an advisory opinion.

Once an NFPR is submitted to the Federal Register, it can be done by either soliciting or declining to solicit public comment. For submissions that do request public comment, a timeframe is set for the comment period, allowing the public and interested parties to raise and document issues of concern.

At the end of the period, which in this case would likely extend into the fall, the FCC evaluates the comments and, based upon them, can choose to terminate the proposed action, or accept it in whole or in part.

Rules are also subject to court challenges, as well as recommendations for legislative changes from the Department of Justice.

Tue Jul 21 , 2020
Click here to read the full article. Stylist and sandal entrepreneur Anita Patrickson is bringing her West Hollywood Amanu boutique’s signature in-store customization experience online. “We get so many tourists who book for months in advance, and I thought there had to be a way to bring the experience to […] 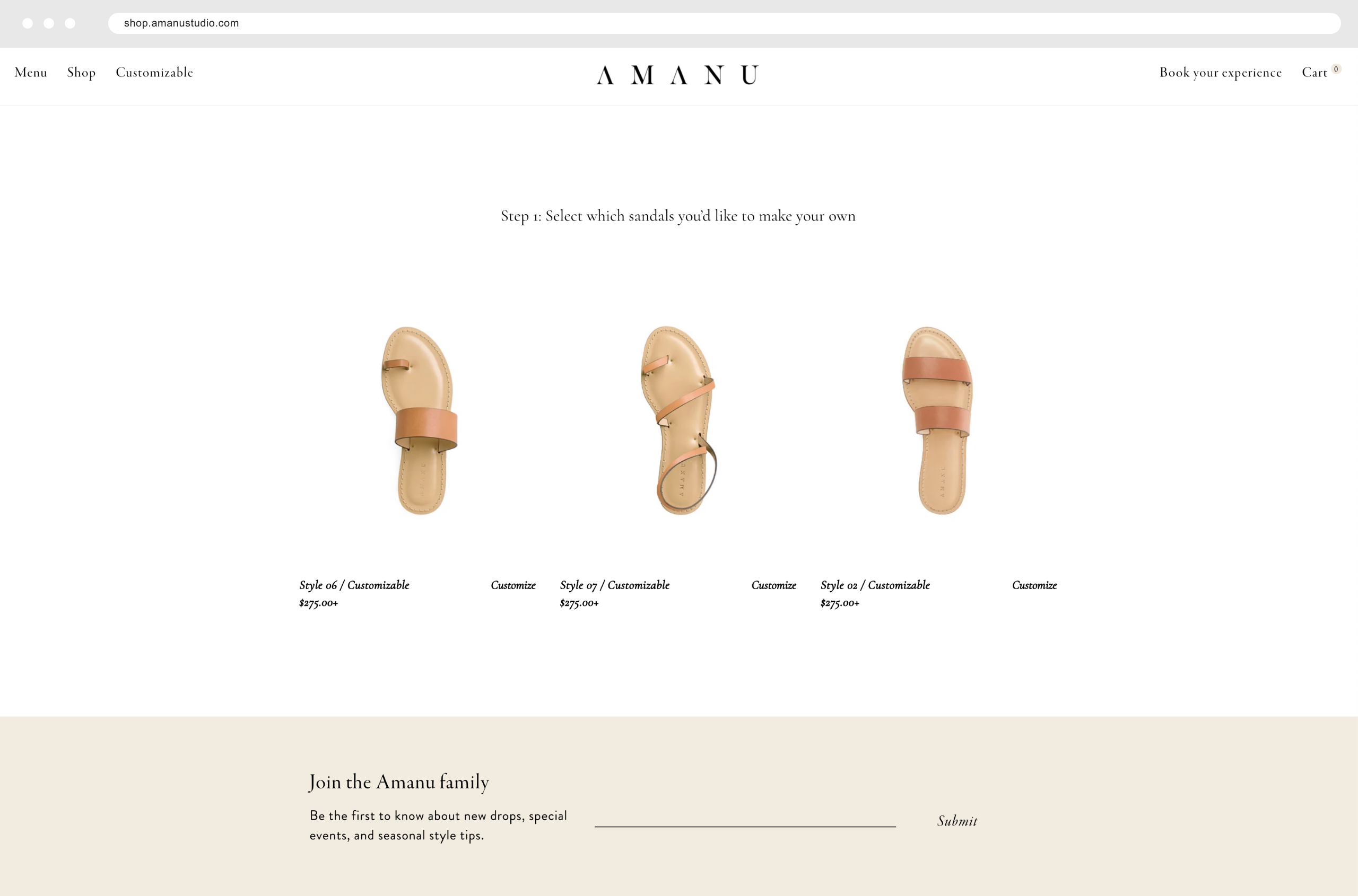