Ian Jameson, left, organized a gathering of tenant rights activists at El Monte City Hall to demand that the City Council pass a moratorium barring all evictions during the pandemic. (Jason Armond / Los Angeles Times) Things weren’t great before COVID-19, but at least only about 570 families, hungry, broke […]

Things weren’t great before COVID-19, but at least only about 570 families, hungry, broke and on the brink of homelessness, needed help from the volunteers at St. Joseph Center in Los Angeles.

A month from now, it could be in the thousands — or even more.

California is rapidly approaching what has been dubbed the “eviction cliff,” or the point where true protection from being evicted during the pandemic will fall away, at least for a short time. If that happens, as many as 1 million families across the state — some 365,000 in Los Angeles County alone — could find themselves at risk of being forced out of their homes, perhaps as soon as September.

“It would be on the order of a big earthquake on the San Andreas,” said retired law professor Gary Blasi, who published a study on the topic in May for the UCLA Luskin Institute on Inequality and Democracy. “It’ll be a man-made version of San Andreas, except the buildings will still be standing. It’s just the people that will be on the street.”

Nationally, the catastrophe would be much the same. Early estimates by the Aspen Institute found that as many as 23 million Americans could be at risk of eviction by September. A new estimate puts the number closer to 40 million over the next several months.

“It will be the single biggest potential displacement of Americans, certainly since the Great Depression,” Blasi added.

It’s admittedly hard to imagine this playing out in L.A. County, where most of the time I already wander around looking at desperate people spilling out of tents and RVs, wondering how anything could get worse. But it can, because if we go off this eviction cliff, the face of homelessness will forever go from what many Angelenos see as single adults, living in squalor with obvious signs of mental illness or substance abuse, to parents with their children in tow and nowhere to go.

According to UC Berkley’s Terner Center for Housing Innovation, close to 1 million renter households include someone who has lost a job because of the pandemic, putting them at risk for eviction. That represents nearly 1 in 7 households of renters in the state, and almost half — 422,000 — are families with children.

In Blasi’s study, he predicts that of the 365,000 households that could be displaced in Los Angeles County, about 120,000 of them, including some 184,000 kids, are likely to become homeless at some time over the next several months. After all, 30% of the rental households in California are here.

“You’ll have the prospect of our sheriff’s deputies going to houses with landlords’ agents to physically remove families and all their property from buildings,” he predicted.

Think about that. Imagine seeing children along with adults in those encampments — after the shelters and hotel and motel rooms fill up.

All around the state, people are preparing for the worst.

In Los Angeles, St. Joseph Center, in addition to ramping up services and backfilling its food pantry, is pushing for rental assistance programs at the local level to act as a financial bridge to prevent families from being evicted.

“There’s really no way that we can afford to see more families fall into homelessness,” said Va Lecia Adams Kellum, the nonprofit’s president and chief executive. “And we know that without eviction prevention and protections, it could happen and it could be catastrophic.”

In Sacramento, as in Los Angeles, shelters and homeless services agencies have seen a dramatic spike in the number of people seeking help.

“We have people who are calling us or showing up and saying, ‘I can’t pay my rent.’ ‘I haven’t been paying my rent. I know I’m gonna get evicted.’ So there’s the people who are anticipating their evictions,” said Shannon Stevens, program director for the women’s shelter Maryhouse. “And then there are the people who actually have been unlawfully evicted.”

Even in relatively rural Kern County, a study conducted for the advocacy group Faith in the Valley found that at least 20,000 households with some 24,000 children will be at risk of eviction if California goes off the cliff — thanks to layoffs in industries gutted by the COVID-19 pandemic.

Of course, many things can — and most certainly will — happen between now and the end of September.

For months, most eviction and foreclosure court proceedings in the state have been suspended, thanks to an order from the Judicial Council. But now, faced with a lawsuit filed on behalf of two landlords who say the rule-making body violated the Constitution by usurping the power of the Legislature, that order could be lifted as soon as Aug. 14.

Late Wednesday, as my colleague Melody Gutierrez reported, Senate President Pro Tem Toni Atkins (D-San Diego) and Assembly Speaker Anthony Rendon (D-Lakewood) sent the Judicial Council a letter, asking for more time to act on two bills that would protect tenants from ruin, though at the expense of mom-and-pop landlords, some of whom face banks pressuring them to pay mortgages.

They rightly warned of two and a half weeks of “chaos” if evictions are allowed to resume. “Speeding up the legislative process is nearly impossible, given the current precautions needed to reduce the risk of viral transmission during legislative business,” Atkins and Rendon wrote.

Not mention that landlords would fast-track evictions, filing them online, putting the burden on tenants to respond within days and find a lawyer if they hope to keep a roof over their heads. A tall order during a pandemic.

So, for now, the only hope is that Chief Justice Tani Cantil-Sakauye will do renters and the Legislature a solid, and heed the request to extend the freeze on evictions and foreclosures until Labor Day. Or that Gov. Gavin Newsom will decide to take matters into his own hands and issue an executive order pausing all evictions until the Legislature can act.

Or — and this is a long shot — that landlords will choose to take pity on their tenants and give them more time to pay. Or — and this is an even longer shot — Congress will come through with extension of expanded unemployment benefits, giving tenants money to pay their rent, or at least enough of it to satisfy their landlords. Or — and this is even a longer, longer shot — the state Employment Development Department will get its act together and actually start distributing unemployment benefits to desperate renters.

Even if California manages to avoid the cliff, no one should forget just how close we came to allowing tens of thousands of children to be tossed out of their houses and onto the streets.

That lawmakers are here at all, plotting last-minute rescue missions and contingency plans to ward off the unthinkable, is, yes, due to an unforeseen pandemic, which has killed thousands and upended the economy. But it’s also the inevitable result of kicking the can down the road on all manner of things, from the lack of affordable housing that has led to rampant homelessness and poverty, to the systemic racism that has had a hand in every unfair way that COVID-19 has played out in California.

“We’ve been looking at this for a while, looking at affordability and looking at rents going up and up and up, and salaries not keeping pace with the increases,” Adams Kellum said. “And, we in the homeless services community, seeing people falling into homelessness faster than we can pull them out due to systemic racism, due to this gap in affordability. And so it is quite the perfect storm.”

She paused and then added:

“It does kind of build the case for, what should we have expected?”

What every parent needs to know about child identity theft

Fri Aug 7 , 2020
Yahoo Life is committed to finding you the best products at the best prices. The product written about here is offered in affiliation with Yahoo Life’s parent company, Verizon Media. Kids are prime targets for identity theives because they have no credit histories and no one is checking. (Photo: Getty/iStockphoto) […] 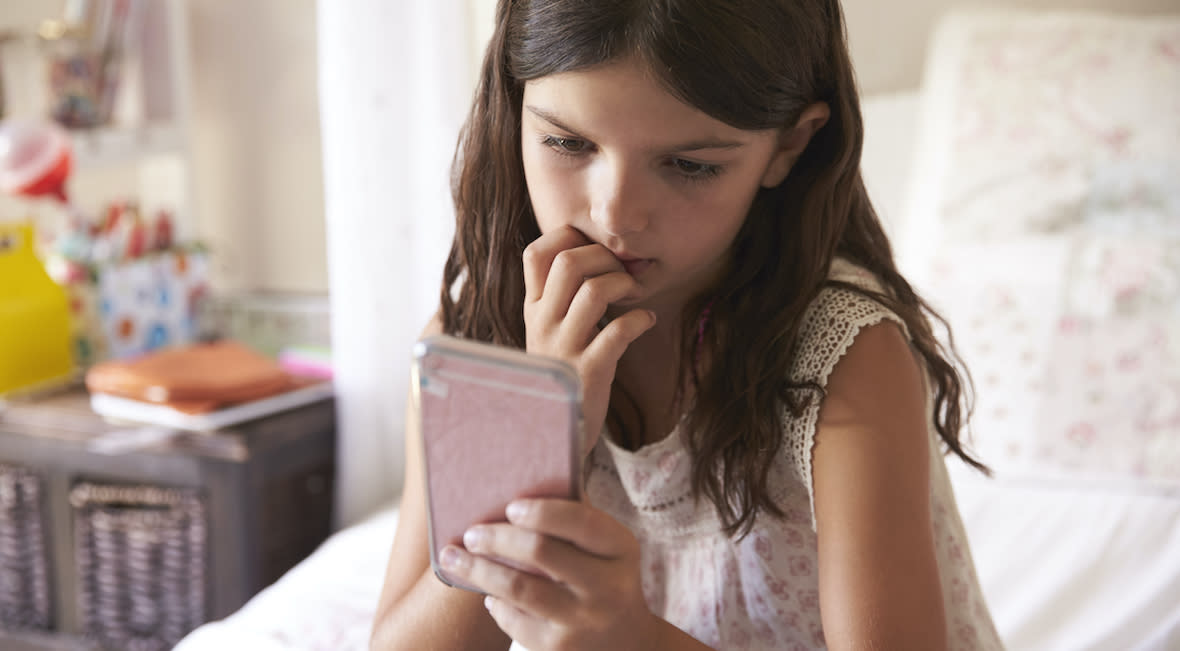