Lenders are worried the days of a business-friendly Consumer Financial Protection Bureau are numbered. Mortgage lenders and financial-technology firms negotiating with the agency over potential settlements are pushing to resolve their cases quickly, according to people with knowledge of the cases. Their thinking, these people said, is that penalties and […]

Lenders are worried the days of a business-friendly Consumer Financial Protection Bureau are numbered.

Mortgage lenders and financial-technology firms negotiating with the agency over potential settlements are pushing to resolve their cases quickly, according to people with knowledge of the cases. Their thinking, these people said, is that penalties and enforcement will be much harsher if Joe Biden becomes president in January.

A Biden administration is expected to embrace a more aggressive role for the CFPB, which in many ways has grown less forceful during President Trump’s time in office. For the financial sector, a reinvigorated CFPB could be one of the most immediate impacts of a Biden presidency.

Under a new CFPB director, “you will see some pretty big changes pretty quickly, both on the enforcement and rule-making side,” said Dennis Kelleher, chief executive at Better Markets, an advocacy group that lobbies for tighter financial regulations. “It’s one of the very few places where you could easily see a 180-degree turn.”

The Biden team expects the agency would issue more fines, try to recover more money for consumers and give priority to protecting people hurt by the coronavirus recession, according to people familiar with the matter. For example, Biden’s team wants to make sure lenders who have let borrowers temporarily skip mortgage payments don’t rush to foreclose on them next year.

A Biden spokesman said the former vice president “believes we need to reverse the Trump administration’s efforts to weaken the CFPB” and wants to “hold financial institutions accountable for discriminatory practices.”

A CFPB spokeswoman said the agency’s current director, Kathy Kraninger, who was installed by the Trump administration, “continues to carry out the Bureau’s mission of protecting consumers through regulation, supervision, enforcement and education.”

A Biden administration would expect the CFPB to renew its focus on areas that were central to its earlier years. That would include reining in payday lenders, monitoring student-loan servicers and ensuring that minority borrowers have access to affordable credit, according to some of the people. But it would also expand the CFPB beyond its early scope. For example, the Biden team wants to establish a public credit-reporting agency as an alternative to the companies that create credit reports.

“
Under a new CFPB director, ‘you will see some pretty big changes pretty quickly, both on the enforcement and rule-making side.’
”

The CFPB was launched in 2011 in the wake of the financial crisis, when Mr. Biden was vice president. The brainchild of Sen. Elizabeth Warren, it holds a unique mission among federal financial regulators: protecting consumers. Regulators such as the Office of the Comptroller of the Currency and the Federal Deposit Insurance Corp. ensure the safety and soundness of lenders.

Richard Cordray, a Democrat and former Ohio attorney general, ran the CFPB for about six years, securing about $12 billion for consumers who were harmed by mortgage companies, credit-card lenders and auto lenders over deceptive sales practices, discriminatory lending and mishandled consumer accounts.

The bureau under Mr. Cordray frequently bumped heads with businesses. Companies accused the CFPB of penalizing them without providing a heads-up that they were breaking the rules and giving them a fair chance to comply. New rules, the companies also argued, created needless costs that made financial products ultimately more expensive for customers.

Mr. Cordray said the bureau under his leadership “went after companies that violated the law and hurt consumers.”

“The Trump administration made concerted efforts to roll back the CFPB and go easier on financial companies and not stand up for consumers, and I think that was a big mistake,” Mr. Cordray said. He said Mr. Biden views the CFPB “as an aspect of looking out for the middle class.”

Mr. Trump ran for president on promises to ease regulation and to roll back Dodd-Frank, the postcrisis financial law that created the CFPB. After Mr. Cordray resigned in late 2017, the Trump administration appointed Mick Mulvaney to run the bureau on an interim basis.

Mr. Mulvaney, a Republican, had proposed abolishing the agency when he was a congressman and called it “a sad, sick joke.” He quickly put all existing enforcement actions under review and requested a budget of zero dollars for one quarter, holding that the bureau could operate on existing funds.

Mr. Mulvaney said this week that he had wanted to focus on companies that were acting in ways the CFPB had already established as violations of consumer-protection laws.

“We did not want to waste time on harassing people that were undertaking legal activities that some people just didn’t like,” he said.

After Ms. Kraninger took over from Mr. Mulvaney in late 2018, she said in one of her first speeches that the agency must not “impose unmanageable burdens” on financial companies. Ms. Kraninger’s CFPB has blended enforcement with more emphasis on teaching consumers to distinguish the good financial products from the bad. The agency has also rolled back rules for some companies, including payday lenders, but it filed an increasing number of enforcement actions over the past two years.

The agency in the Obama era regularly argued cases under the “disparate impact” standard, which essentially prohibits discrimination regardless of whether there was an intent to discriminate. The bureau has largely moved away from the principle in the Trump years, but the CFPB in a Biden presidency would employ it more frequently, according to some of the people familiar with the matter.

The Supreme Court said this year that the president can replace the agency’s director at will. The Biden team would move quickly to appoint an interim director to replace Ms. Kraninger, according to a person familiar with the situation.

Getting a permanent replacement could take time, though, because that person would have to be confirmed by the Senate. A Biden administration could consider both current and former CFPB staffers, according to some of the people.

Wed Oct 21 , 2020
China’s credit-rating firms are doling out more triple-A bond ratings, a trend that has continued this year in spite of the coronavirus pandemic and greater borrowing by companies in the world’s second-largest economy. As of mid-October, more than 18.3 trillion yuan, equivalent to $2.7 trillion, in outstanding yuan-denominated bonds issued […] 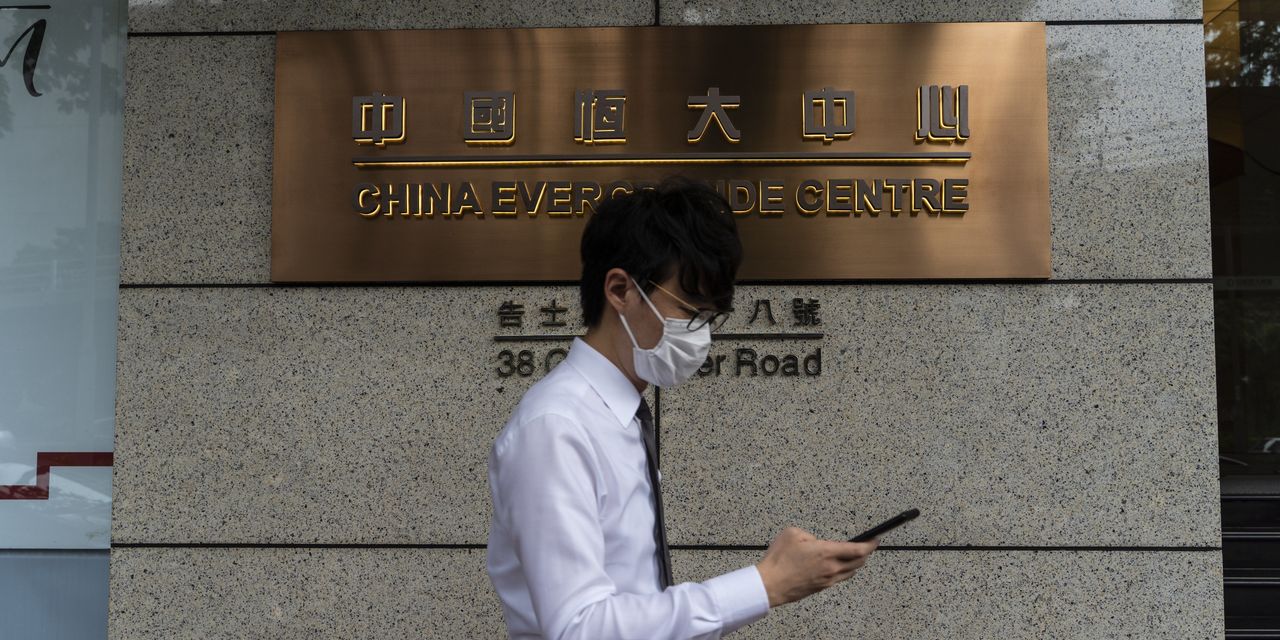