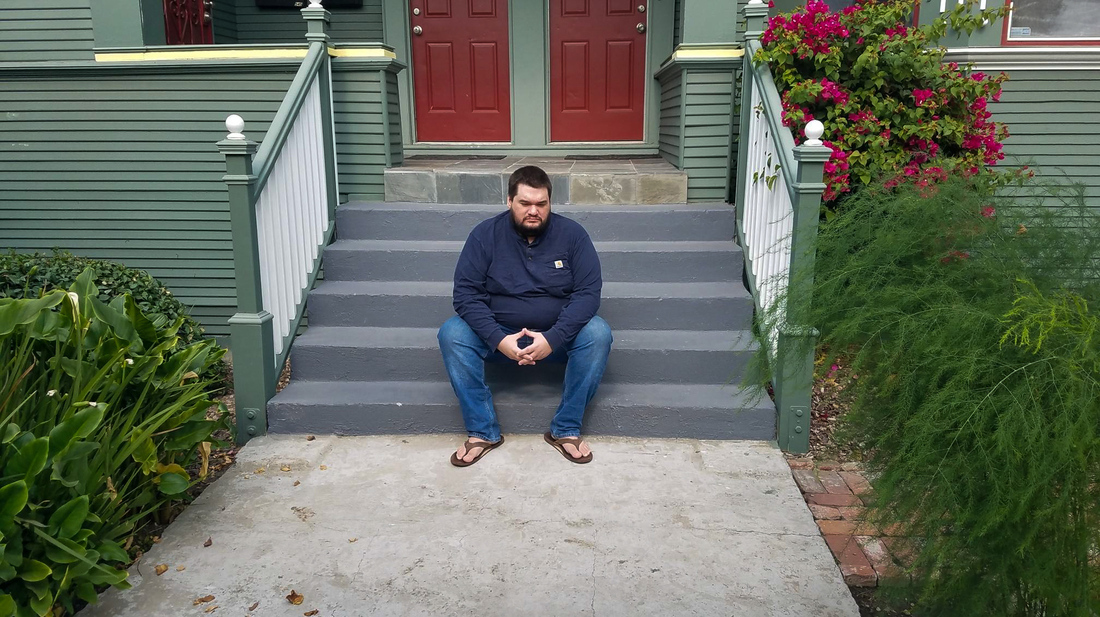 Sevy Guasch lost his job at a hotel near San Jose and had to go without unemployment benefits for more than six months because he was stuck in an outdated manual review process to prevent fraud. 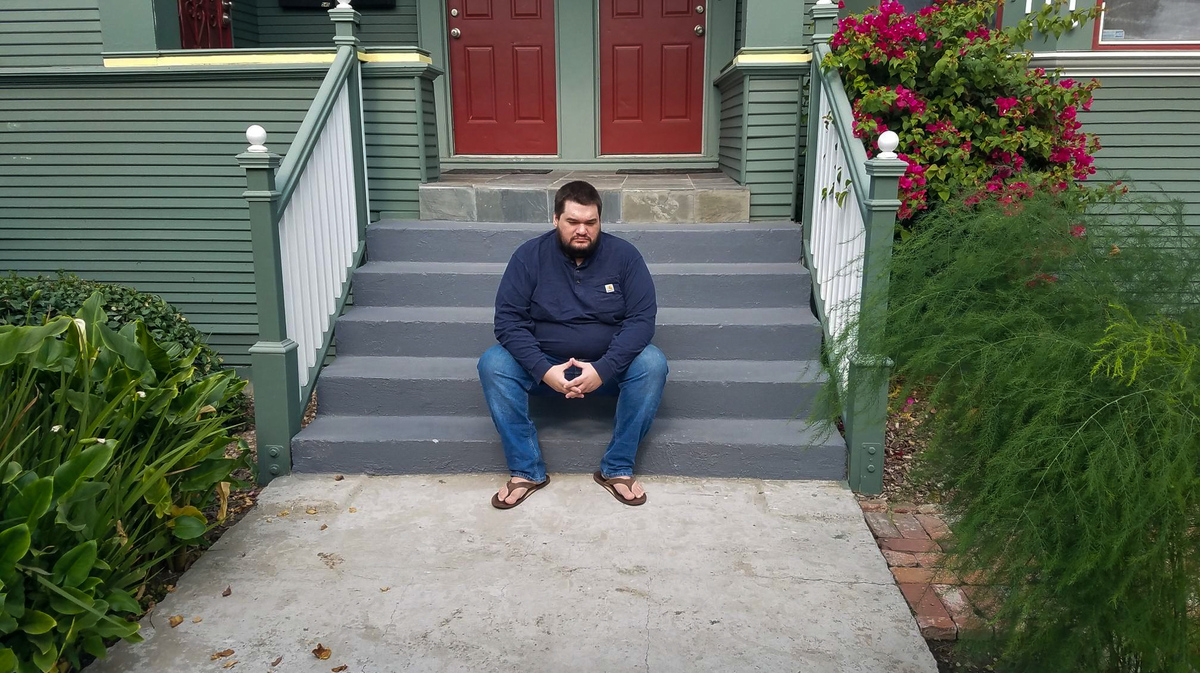 Sevy Guasch lost his job at a hotel near San Jose and had to go without unemployment benefits for more than six months because he was stuck in an outdated manual review process to prevent fraud.

Organized crime rings have targeted state unemployment systems during the pandemic, seeking to steal money through fraudulent claims. And that’s a problem. But arguably a bigger problem is that some of the systems in place to prevent fraud have hurt millions of innocent people, keeping the benefits they deserve in limbo.

They’re people like Sevy Guasch, who lost his job as a food and beverage manager at a Marriott hotel near San Jose, Calif. In March, he applied for unemployment benefits. He went online, entered his information, and waited. And waited.

He couldn’t get through on the phone. After more than a month, Guasch was told to mail in more proof of his identity.

“My driver’s license, my picture of my passport, my copy of my W-2.”

But the process dragged on. The state unemployment department needed another document. Each time, it would take at least several weeks to hear back.

After six months, Guasch still hadn’t received any unemployment money. And he hasn’t been able to find another job.

The whole thing just seemed so avoidable to him. “It’s so hard to just prove that you exist.”

In California alone, millions of people are having a hard time proving they exist as they struggle to get the unemployment benefits they deserve.

And it turns out a lot of these delays really have been unnecessary. A big part of the problem: antiquated fraud prevention systems. They aren’t catching many bad guys filing false claims. And the wrong people are getting caught in the net — tangled up unnecessarily for months on end.

Guasch is 32 years old and he’d been saving up to go to community college to try to study software development. He moved into a cheaper apartment. But he’s still had to drain his entire savings to pay for college — about $17,000. There’s not enough left to pay rent next month.

“I don’t want to get angry,” Guasch says. “But it’s been really frustrating.”

In California, as cases like Guasch’s mounted, it became clear that way too many people were waiting far too long to get unemployment benefits they desperately needed. Over the summer, the state brought in Jennifer Pahlka. She agreed to co-chair a “strike team” to figure out why there have been such long delays during the pandemic. 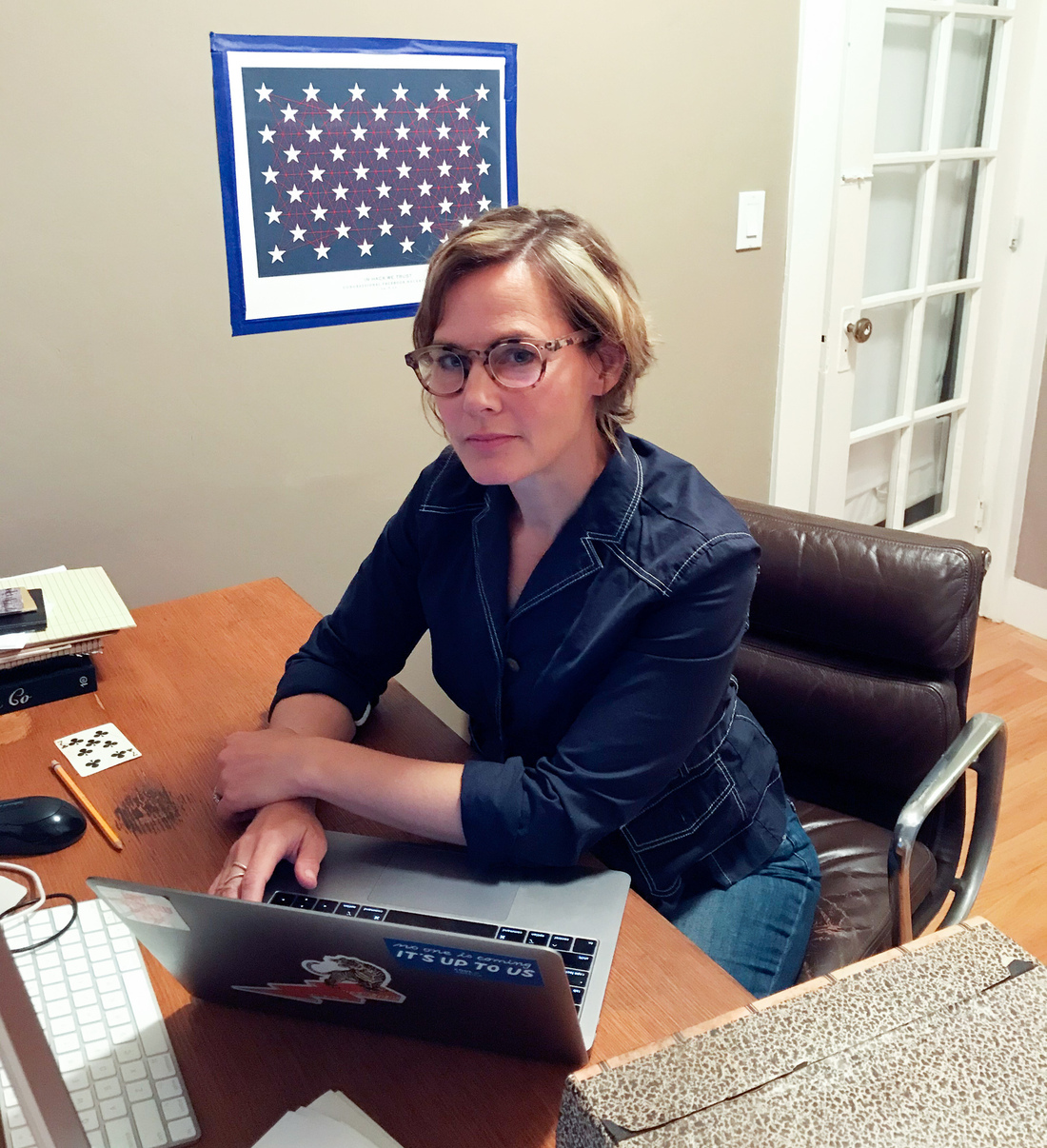 Jennifer Pahlka co-chaired a strike team that discovered that outdated fraud detection systems were to blame for delaying benefits for millions of people. As a result, a new modern ID verification system has just been launched to fix the problem. 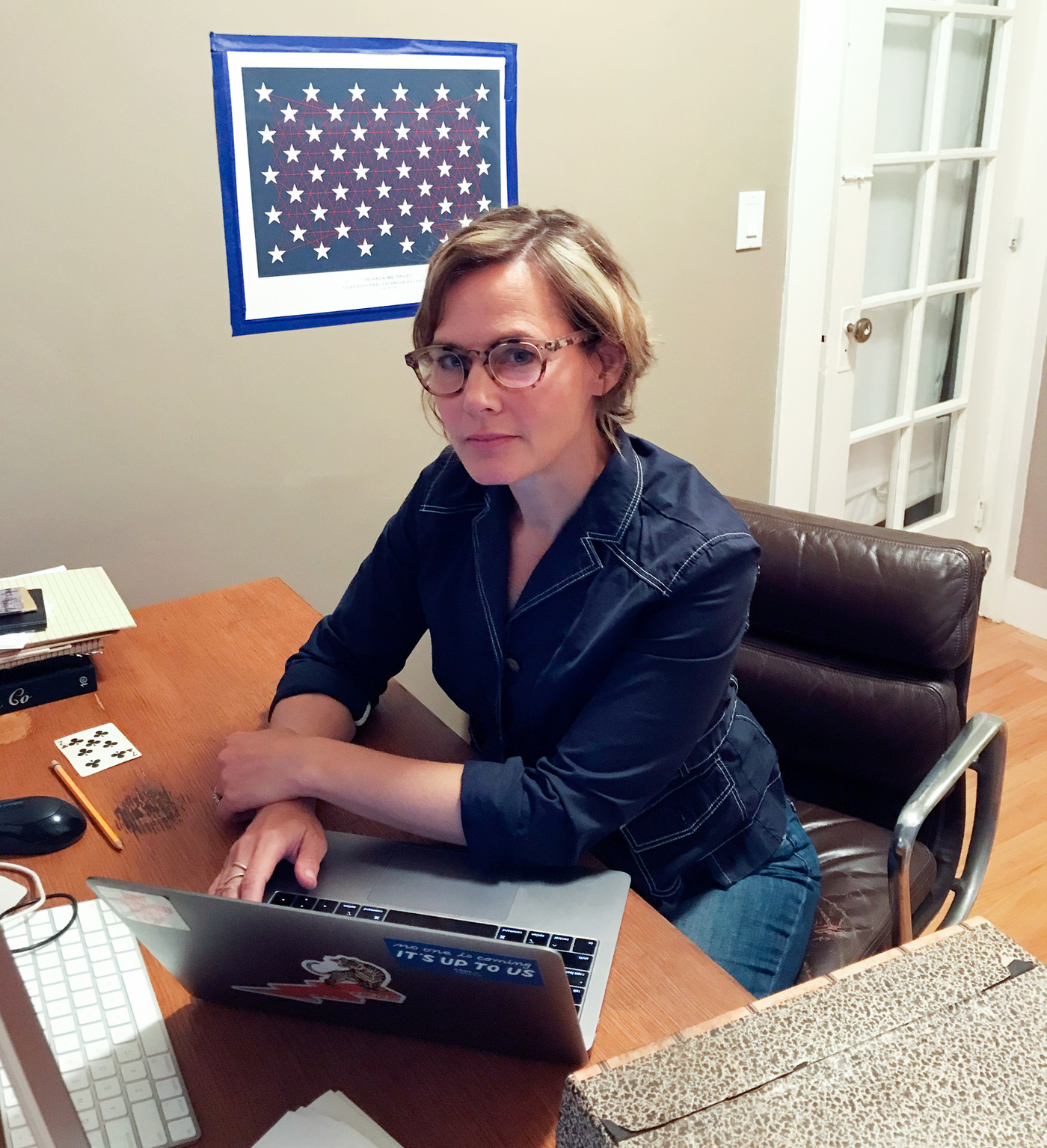 Jennifer Pahlka co-chaired a strike team that discovered that outdated fraud detection systems were to blame for delaying benefits for millions of people. As a result, a new modern ID verification system has just been launched to fix the problem.

Pahlka was a top technology advisor in the Obama White House and the founder of the non-profit, Code for America, which helps improve government computer systems.

Here’s what the strike team discovered. Minor discrepancies — like someone using their middle initial in applying for benefits when their full middle name appeared on their drivers license or social security card — would send up a red flag for potential fraud. And then the person would be required to provide additional “identity verification.” That would mean a manual review by workers swamped with 10 times the normal number of claims.

“If you applied for unemployment assistance, you had a 40% chance of getting flagged for manual processing,” Pahlka says. This is what apparently happened to Sevy Guasch in San Jose. Pahlka found many other people suffered through similar agonizing delays.

“Those 40% of people, which is a lot, have very little chance of getting paid in any reasonable time frame,” she says.

At a hearing with lawmakers in July, Sharon Hilliard, the head of the California unemployment system, or EDD, apologized to those people, saying, “what I want to make sure everyone understands is that EDD sincerely regrets any payment delays.”

But Pahlka’s strike team realized the delays didn’t need to be happening. The anti-fraud ID verification process was completely outdated.

“Sadly, they haven’t been protecting the system from much fraud. They catch very few people.”

So millions of people, 40% of those applying, have faced delays. And how much fraud did the system detect? “Less than half of 1% of people are caught as fraudulent through this tactic,” Pahlka says.

This is not just a problem in California. Millions of people around the country are facing big delays.

“People that should be getting benefits in three weeks on average, are getting their benefits in seven or eight weeks,” says Andrew Stettner a researcher at the Century Foundation.

And that’s just the people who actually get their benefits. Stettner says of the more than 40 million claims that have been filed nationally, about 40% of those people still have not been paid any money.

“We have to do better,” says Stettner. He says the outdated fraud prevention systems aren’t the only problem. But fixing them would make a big difference.

At least in California, things are now changing. The state has followed a recommendation from the strike team and brought in an outside company with a much more sophisticated system that’s it’s launched just over the past week.

Pahlka says now people can verify their identity quickly when they apply just using their phone. Applicants take a photo of their ID and send in a selfie. They’re asked questions only they would know how to answer. Software does the verification rather than overworked staff members.

Pahlka says it’s hoped that 90% of applicants can now get verified quickly and avoid the dreaded manual review.

For his part, Sevy Guasch, who burned through his college savings while waiting for his benefits, says a representative finally told him his case was coming along nicely. There was just one more step. “She let me know that I’m literally ready, they have all of my information entered.” But Guasch said someone with more authority still had to give the final approval.

“So I found out I’m waiting on my mysterious hero wherever they may be,” he said.

The mysterious hero just came through. Guasch tells NPR his account now shows, more than six months after he applied, that the state of California has finally started to pay him his unemployment money.

Wed Oct 14 , 2020
A cyclist passes the European Central Bank headquarters in Frankfurt. Photographer: Alex Kraus/Bloomberg Photographer: Alex Kraus/Bloomberg The European Central Bank must question whether mirroring the composition of the bond market in its asset purchases is appropriate in light of climate risks, according to President Christine Lagarde. Her argument centers on whether […] 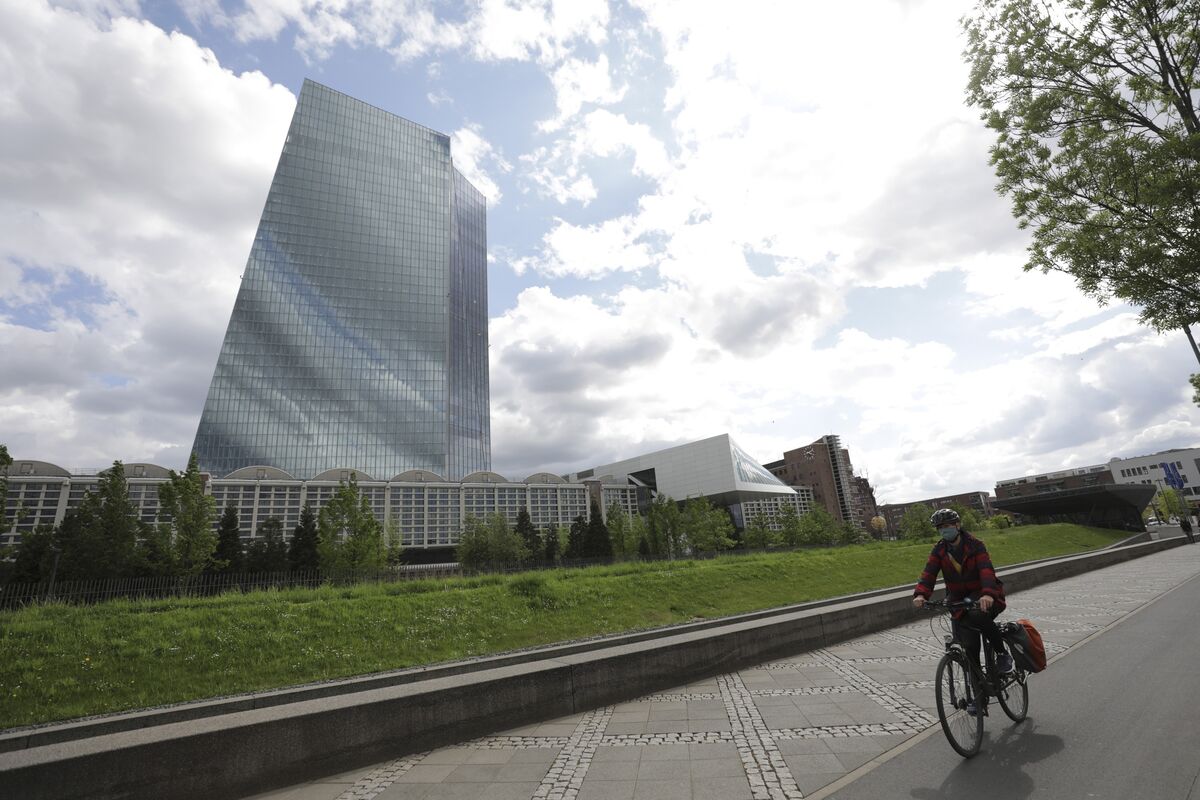