Game Stop store in New York City. Michael Brochstein | LightRocket | Getty Images The shift away from brick-and-mortar retailers in favor of online shopping has hurt GameStop over the past decade, pushing the company’s stock down nearly 40% in that time period. But Ryan Cohen, the former CEO of […]

The shift away from brick-and-mortar retailers in favor of online shopping has hurt GameStop over the past decade, pushing the company’s stock down nearly 40% in that time period.

But Ryan Cohen, the former CEO of Chewy, thinks the maligned video-fame retailer can turn itself around by shifting its focus away from physical stores in favor of a building robust e-commerce platform. Cohen thinks GameStop can use its brand and large customer base to make that transition. He has taken a large stake in the company to try and push it in that direction.

Business: GameStop is a retailer that sells video game hardware, physical and digital video game software, video game accessories, as well as mobile and consumer electronics products and other merchandise primarily through retail operations, with all stores engaged in the sale of new and pre-owned video game systems, software and accessories.

Activist Commentary: Cohen is not an activist but an extremely successful entrepreneur. Cohen is the co-founder and former CEO of e-commerce company Chewy, which he built up and sold to PetSmart in 2017 for $3.35 billion. Cohen remained CEO following the acquisition until March 2018, and in June 2019, Chewy went public at a valuation of $8.7 billion. This is Cohen’s first 13D filing, but what he lacks in activist experience he makes up for in strategic and operational qualifications in building and running a company in the digital era, giving him a ton of credibility here, even more so than the average activist with respect to certain areas.

On Nov. 16, 2020, Cohen sent a letter to the company’s board, urging them to immediately conduct a strategic review and to provide stockholders with a credible and publicly available roadmap for cost containment, prioritizing profitable retail locations and geographic markets and building the e-commerce ecosystem.

Cohen resorted to this public letter because his private attempts were not productive. GameStop sells video games and consoles and has been bearishly compared to Blockbuster. Cohen does not make that direct analogy, but he certainly paints the picture of a company that is on that same path if it does not change.

Sales have declined from $9.5 billion in fiscal year 2011 (before the last console cycle) to $6.4 billion in fiscal year 2019; EBITDA has dropped from $839 million in 2011 to only $111 million in 2019; net income has fallen from $339 million in 2011 to a loss of $470 million in 2019; and in the two most recent quarters alone, the company lost another $277 million. All of this happened while the size of the global gaming market has grown by more than 2.5x since the last console cycle. Cohen sees a company that is stuck in a brick-and-mortar mentality and is unwilling to embrace the digital mindset necessary to grow with gamers.

However, Cohen also sees a company with valuable assets, including a strong brand and large customer base and a path to success and shareholder value. He believes the company can be the ultimate destination for gamers, but that destination must start with a strong e-commerce platform that provides competitive pricing, broad gaming selection, fast shipping and a truly high touch experience that excites and delights customers, including content and community. It needs to become the Amazon of gaming, with the added expertise and specialized customer service as a key differentiator.

To do this, Cohen urges the company to cut excessive real estate costs, streamline or sell non-core operations in Europe and Australia and hire the right talent. While Cohen does not specifically target CEO George Sherman, he does note that Sherman has substantial experience working for large brick-and-mortar retailers such as Advance Auto Parts, Best Buy and Target and is committed to a twentieth century focus on physical stores and walk-in sales despite the transition to an always-on digital world.

The company is at an inflection point to make this change. Cohen notes that the company will be able to temporarily mask some of its issues with the new console cycle that will appear to validate its adherence to an outdated business model that is overdependent on brick-and-mortar sales. However, it is also this new console cycle and additional sales that can provide the cash flow to finance this strategy change into the future as the global gaming market is expected to reach $174.9 billion this year and $217.9 billion by 2023.

Cohen alludes to the fact that one board seat would not be acceptable to him as he wants the company to actually focus on a shift in mindset. This would require at least two — and probably three or more — new directors to the ten-person board, depending on who is replaced. While it looks like Cohen might have an ally on the board in James Symancyk, the CEO of PetSmart while Cohen was running Chewy, Symancyk also has a brick-and-mortar background and might not see it the same way Cohen does.

If this does end up going to a proxy fight, Cohen seems like the type of shareholder who will take it the distance if necessary. In that case, he would have two potential headwinds. First, the company recently added four new directors through settlements and nominations by shareholders. That could be enough to placate certain institutional shareholders and ISS if they do not see as dire of a situation as Cohen does in this ultra-fast-moving industry. Second, a large part of the shareholder base is comprised of index funds such as BlackRock (12.12%), Vanguard (8.12%) and State Street (4.0%), who are reluctant to back an activist without the cover of an ISS or Glass Lewis recommendation.  However, what is interesting here is there is an unusually high short interest, with approximately 90% of the shares in lending programs, so we don’t really know who has loaned their shares, who can vote them and who can recall them before the meeting.

It will be interesting to see if the board will be able to stomach the change necessary to propel GameStop into the 21st century. In the words of former U.S. Army General Eric Shinseki: “If you don’t like change, you’re going to like irrelevance even less.”

Ken Squire is the founder and president of 13D Monitor, an institutional research service on shareholder activism, and the founder and portfolio manager of the 13D Activist Fund, a mutual fund that invests in a portfolio of activist 13D investments

Retailers’ results show a recovery, but the pace is as uneven as ever

Sat Nov 21 , 2020
Big retailers this week reported results through October that make what’s left of 2020 — the retail industry’s biggest time of the year — even more important. Online sales at Target and Walmart are still growing at accelerated rates — a whopping 155% at Target and 79% at Walmart. Both […] 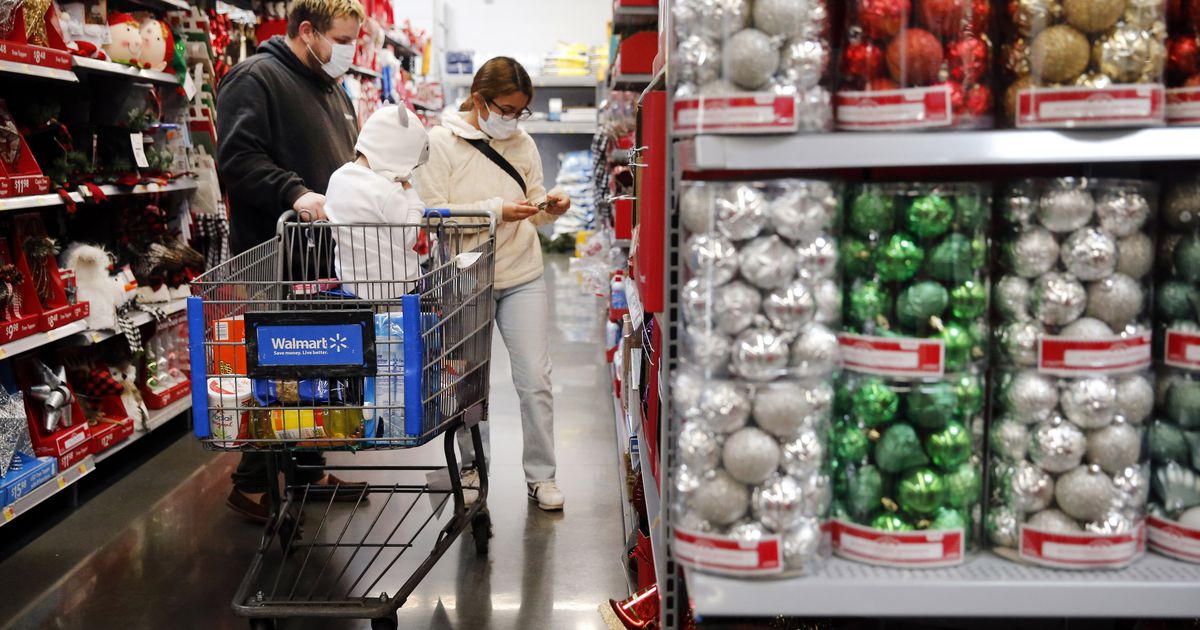