On Thursday, June 23, 2016 when the United Kingdom voted to leave the European Union many Greeks, aggrieved at what they perceived as a humiliating defeat after their own referendum just a year earlier, felt a sense of solidarity –albeit a doomed one – with the UK. “You just wait – what […]

On Thursday, June 23, 2016 when the United Kingdom voted to leave the European Union many Greeks, aggrieved at what they perceived as a humiliating defeat after their own referendum just a year earlier, felt a sense of solidarity –albeit a doomed one – with the UK. “You just wait – what happened to us will happen to them,” one Athens shopkeeper told me with gloomy satisfaction.

When Alexis Tsipras, leader of left-wing Syriza, won elections in January 2015 with his campaign to end austerity, Greeks were not voting for a political party, they were voting against EU policies which had resulted in deflated wages, galloping unemployment and a recession that was to last longer than the Great Depression. “We weren’t really voting for Tsipras, we were voting against those bullies in the EU,” confirms Manolis Zervakis, owner of a tour company that went bust several years into the recession.

By June, Tsipras was stuck between a rock and a hard place as the EU refused to negotiate, so he left it to the Greek people to decide whether or not Greece should accept the crippling terms of a third international bailout. In the ensuing referendum – and despite the European commission’s warning that a ‘no’ vote would lead to Greece’s ejection from the single currency – 61 per cent of Greeks went to the polls to vote OCHI.

Then, in a spectacular political U-turn, Tsipras bowed under pressure and agreed to a programme of spending cuts, tax raises and privatization that were even worse than those that had previously been on the table. “We felt betrayed, but we were also scared of Grexit, so the pressure was enormous,” says Zervakis. “For the first time we realised that little Greece was important – that the EU didn’t want us to leave because it would set a precedent. So they had to punish us, first because we dared to vote for Tsipras and second because we voted to reject their impossible terms.”

In July 2016, just after the Brexit referendum, I got chatting with a British businessman on a flight to Dubai. I asked him if he was worried about the EU’s possible reaction to Brexit. “Oh no!” he laughed. “The EU needs us so they’ll make a deal.”

We argued the point for most of the seven-hour flight. I said that, on the contrary, Brussels would make a point of proving that it doesn’t need Britain; that it would have to make an example of the renegade; that the UK had to be punished for daring to leave the Eurozone. “Look at Greece,” I said.

“There is absolutely no comparison between Greece and The UK,” my sparring partner said as he guffawed loudly.

Fast-forward four years and – with no end in sight to divergences on the so-called level playing field issue: the extent to which the UK agrees to stick to EU rules regulating fair competition – the parallel seems less laughable. After the latest round of talks on Wednesday, on the eve of UK’s departure from the single market and customs union, President of the European Commission Ursula von der Leyen said that it is ‘likely’ that Britain will exit the transition period without a deal on trade or security.

“Very large gaps remain between the two sides and it is still unclear whether these can be bridged,” a No 10 spokesperson admitted, whilst Britain’s PM, telling his ministers to prepare for a hard exit from the EU, put it more bluntly. “It was put to me that this was kind of a bit like twins and the UK is one twin the EU is another and if the EU decides to have a haircut then the UK is going to have a haircut, or else face punishment,” he said.

As Britain stands on the brink of a no deal which could disastrously affect countless sectors of the country’s economy, it’s hardly surprising that many Greeks are experiencing a sense of déjà vu. “The British should understand that the EU is like school,” says Giorgos Papadopoulos who voted ‘no’ in Greece’s 2015 referendum. “If one kid in the group doesn’t want to play by the rules, the others are going to punish him – that’s the very hard lesson we learnt here in Greece.

Look at it from their point of view: if Britain leaves, then other countries could leave, so it’s obvious that they are going to make it as tough as possible.” Perhaps, as Greece’s ex-finance minister Yiannis Varoufakis famously put it, “(The eurozone is) just like the Eagles song Hotel California – you can check out any time you like, but you can never leave.”

Black parents talk to their kids about money more than white parents, but the racial wealth gap persists

Fri Dec 11 , 2020
Black parents are more likely than their white counterparts to discuss financial goal-setting and other money topics with their children, according to a new survey that also provides fresh evidence of the enduring racial wealth gap.  Asked how often they discuss with their kids the importance of saving, how to […] 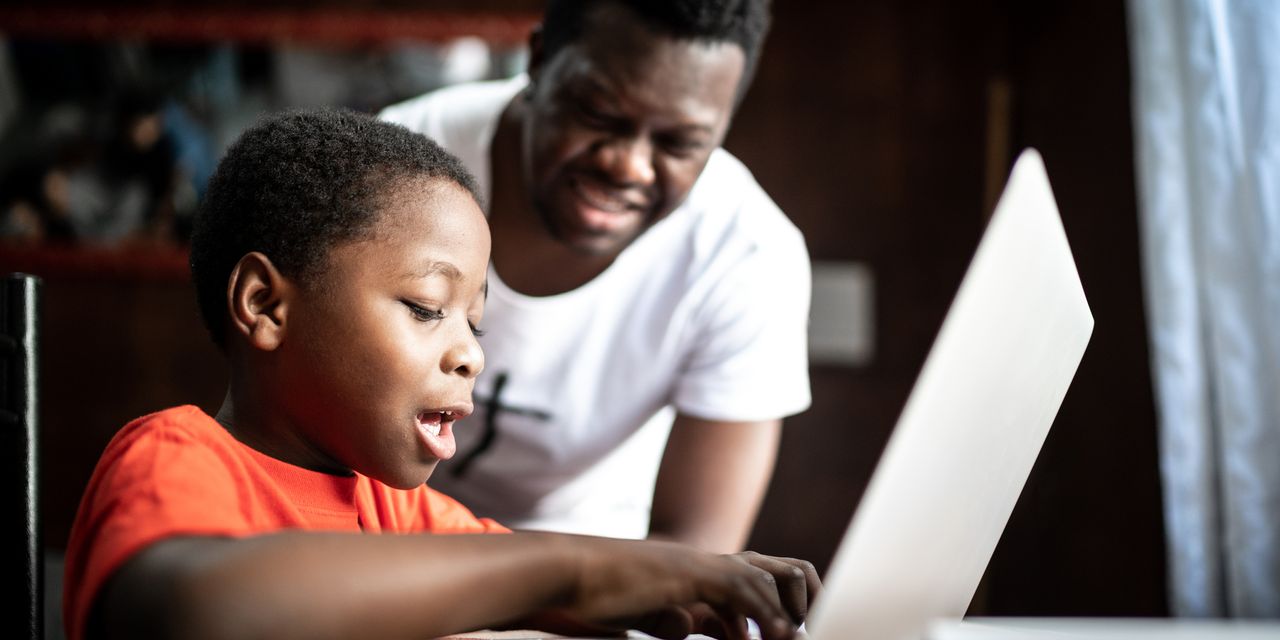