WASHINGTON — Federal regulators are ordering Facebook FB, +0.23%, Twitter TWTR, +1.13%, Amazon AMZN, +1.30%, TikTok’s parent and five other social media companies to provide detailed information on how they collect and use consumers’ personal data and how their practices affect children and teens. The Federal Trade Commission’s action announced […]

WASHINGTON — Federal regulators are ordering Facebook
FB,
,
Twitter
TWTR,
,
Amazon
AMZN,
,
TikTok’s parent and five other social media companies to provide detailed information on how they collect and use consumers’ personal data and how their practices affect children and teens.

The Federal Trade Commission’s action announced Monday goes to the heart of the tech industry’s lucrative business model: harvesting data from platform users and making it available to online advertisers so they can pinpoint specific consumers to target.

The agency plans to use the information, due in 45 days, for a comprehensive study.

The other five companies are Reddit, Snap
SNAP,
,
Discord, WhatsApp, which is owned by Facebook, and Alphabet’s
GOOGL,

Regulators and lawmakers are increasingly weaving their concerns over data power and privacy into their investigations of Big Tech companies’ market dominance.

Read: Big Tech has an antitrust target on its back. Here’s why that should concern investors

When the FTC and 48 states and districts filed landmark antitrust lawsuits against Facebook last week, accusing it of abusing its market power to crush smaller competitors, they also alleged that the company’s conduct has harmed consumers’ data privacy.

Facebook, the largest social network, gets the bulk of its revenue — which reached $70.7 billion last year — from online ads.

With its new request, the FTC wants to know how social media and video streaming services collect, use and track consumers’ personal and demographic information, how they decide which ads and other content are shown to consumers, whether they apply algorithms or data analytics to personal information, how they measure and promote user engagement and how their practices affect children and teens.

“Never before has there been an industry capable of surveilling and monetizing so much of our personal lives,” three of the five FTC commissioners said in a statement. They said the planned study “will lift the hood on the social media and video streaming firms to carefully study their engines.”

Twitter said in a statement, “We’re working, as we always do, to ensure the FTC has the information it needs to understand how Twitter operates its services.”

Support has grown in Congress for a national privacy law that could sharply rein in the ability of the biggest tech companies to collect and make money from users’ personal data. Legislation could gain steam in the new Congress next year with support from the Biden administration.

The FTC fined Facebook $5 billion last year for alleged privacy violations and instituted new oversight and restrictions on its business. The fine was the largest the agency had ever levied on a tech company, although it had no visible impact on Facebook’s business.

Also last year, YouTube was fined $170 million — $136 million by the FTC and $34 million by New York state — to settle allegations that it collected children’s personal data without their parents’ consent.

As Puppy Scams Peak, Adopt Instead At A North Hollywood Shelter

Tue Dec 15 , 2020
NORTH HOLLYWOOD, CA — Online scammers have been busy as the holiday season has collided with the COVID-19 pandemic in North Hollywood. One type of scam that is particularly alarming, and gaining strength, involves puppies and other pets such as kittens, iguanas and lizards. A spike in the number of […] 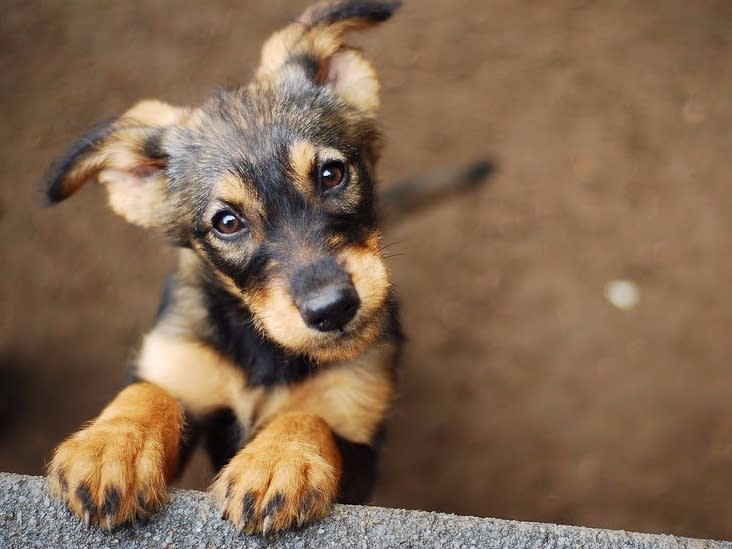