There’s been a lot of buzz about special-purpose acquisition companies, or SPACs, this year.

This raises the question of whether individual investors should dabble in what Baird investment strategy analyst Ross
Mayfield
calls “an IPO with a twist.”

The twist is that, unlike initial public offerings—which are tied to specific companies—SPACs are formed to raise money in the public markets to finance future deals, still to be determined.

“The SPAC itself has no business assets or operations, and it may not even have a stated merger target,” Mayfield says.

What they lack in specifics—and product or revenue—they make up for in star appeal, with sponsors ranging from activist investor Bill Ackman to basketball legend
Shaquille O’Neal
. No doubt, there are reasons to be wary. Still, with record dollars pouring into these entities, investors should understand what SPACs are all about, if only to say “no thank you.”

A New Kind of IPO

SPACs have been around for decades, but they’ve entered a new stratosphere in 2020. So far this year, there have been 160 SPAC IPOs that have raised US$59 billion, according to SPACInsider.com. That’s up from US$13.6 billion raised in 59 deals in 2019, and more than half the total raised since 2009.

Put simply, SPACs make it possible for sponsors (also known as founders) to quickly raise capital to acquire or merge with an unspecified company in the future. While SPACs are often called blank-check companies, that isn’t quite the case. The standard SPAC structure gives investors the option to approve a deal and get their money back; there’s also a two-year window for SPACs to complete a deal or return the money to investors.

Proponents of SPACs characterize them as the next generation of IPOs because they are an efficient way for promising companies to go public. “It can be less burdensome than a traditional IPO process, and with more certainty around the valuation and timeline,” Mayfield says.

In a typical deal, SPAC sponsors use their expertise and connections to identify a promising target company, and then make an offer to merge or acquire it. When the deal goes through, the new entity changes its name and ticker. For example, what is now

raised capital via a merger with the SPAC Social Capital Hedosophia Holdings. The electric vehicle company

did the same via VectoIQ Acquisition Corp.

Betting on Teams and Themes

The pitch to investors is that SPACs offer an opportunity to get in on the ground floor of fast-growing companies, but without the high minimums, qualifications, or lock-up periods of traditional private investment vehicles.

Indeed, investing in a SPAC does have some similarities to venture capital or private equity; investors trust in the experience or track records of teams to find promising companies and execute deals at attractive valuations.

There are some key differences. First, SPACs target single companies, rather than a portfolio of companies. Secondly, SPACs trade on the public markets, and while part of the appeal of SPACs is that anyone can invest, that’s also part of the risk.

“I don’t have the data [on who is investing in SPACs], but certainly this is a storyline that has accompanied big tech euphoria and trading apps, like Robinhood,” Mayfield says.

Certainly, this year has seen its share of high-profile SPAC success. Investors who bought Diamond Eagle shares on its May 2019 IPO have quadrupled their investment because of the SPAC’s merger with fantasy sports company

Yet, the track record overall isn’t so impressive. In a

analysis of 58 SPAC deals since January 2018, the average SPAC underperformed the S&P 500 and the Russell 2000 over the three, six, and 12 months after it completed its merger.

Meanwhile, this year’s boom of SPACs also raises the risk of fishing in an increasingly picked-over pond, with too many acquirers and too few high-quality deals.

Tue Oct 27 , 2020
TLDR: All the steps to creating and delivering effective email campaigns are assembled in The Complete Email Marketing Bootcamp. For all the techniques and analytics and advanced systems for driving up digital sales, most online marketing comes back to a few basic points. Are you addressing potential customers with the […] 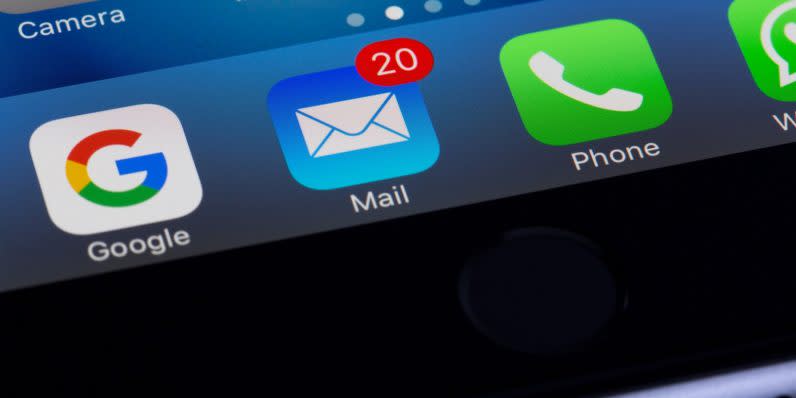