Consumer Reports has no financial relationship with advertisers on this site. If you’re one of the estimated 27 million people who lost their health insurance along with your job during the coronavirus pandemic, your chance to buy your own health insurance is approaching a deadline.  Typically, after losing your job, […]

Consumer Reports has no financial relationship with advertisers on this site.

If you’re one of the estimated 27 million people who lost their health insurance along with your job during the coronavirus pandemic, your chance to buy your own health insurance is approaching a deadline.

Typically, after losing your job, you have 60 days to buy an Affordable Care Act plan through your state marketplace. That deadline is coming up for anyone who lost their job in April or May.

You have a bit more time if you elect to continue employer coverage under the Consolidated Omnibus Budget Reconciliation Act. That law allows you to keep your plan, though you will have to pay the full premium out of your own pocket. While you usually have 60 days after losing job-based insurance to choose COBRA, the Department of Health and Human Services said last month that it would permit COBRA sign-ups for 60 days after the COVID-19 emergency is declared over; that’s currently expected to happen at the end of July.

More job losses, and hence, loss of insurance, are expected before this crisis is behind us, according to economists at the Urban Institute and the Robert Wood Johnson Foundation, both nonprofit organizations.

While it’s true that unemployment ticked down recently—to 13.3 percent from 14.7 percent in April—that might not make much of a dent in the numbers of the uninsured, because many of the newly added jobs are part-time and don’t offer healthcare coverage. Overall unemployment remains higher than at any time during the recession in 2008 to 2009.

And members of certain minority groups are seeing the brunt of the impact. The most recent jobs numbers show that among African Americans, unemployment rose in May from 16.7 percent to 16.8 percent. Prepandemic, African Americans were also more likely than whites to not have health insurance to begin with.

Having health insurance is always important, but that’s especially true during a global health crisis like COVID-19 because of the potentially enormous cost of care if you get sick, says Stan Dorn, director of the national center for coverage innovation at Families USA, a national, nonpartisan consumer healthcare advocacy organization.

“This downturn we’ve entered is staggering in its size,” Dorn says. “The loss of health insurance is going to be beyond what we’ve even seen before.”

If you have to scramble to arrange for health insurance, it can be tricky to choose the best plan for you and your family. Here’s what you need to know about your options.

Find out whether you’re eligible to join a family member’s plan. The simplest and likely least costly option is, if you can, to get coverage under your spouse’s, partner’s, or, if you’re under age 26, parents’ plan.

Last year, 94 percent of organizations offering health insurance to workers also offered coverage to spouses and dependents and about half offered benefits to domestic partners, according to the Kaiser Family Foundation.

Typically, you have to request enrollment within 30 days of losing your health insurance, but the federal government is allowing employers to extend that time period because of the COVID-19 emergency. So check with the employer to see whether you’re eligible. Be aware that you may be charged higher premiums or more cost-sharing than an employee.

See whether you qualify for Medicaid. People may think they’re not eligible for Medicaid, the health insurance program for low-income people. But after the Affordable Care Act was passed in 2010, 36 states and the District of Columbia also expanded their Medicaid programs and raised the qualifying income level.

In fact, the Kaiser Family Foundation estimates that almost half of people who’ve lost their jobs will be eligible for Medicaid.

You can find out whether you live in a state that has expanded Medicaid and check your eligibility at healthcare.gov. You can apply for Medicaid any time of the year.

Determine whether your kids qualify for CHIP. If you earn too much to be Medicaid-eligible but have dependent children under age 19, see if they can be covered through the Children’s Health Insurance Program (CHIP), which offers low-cost healthcare to children. Compared with buying private insurance for yourself that also covers the whole family, this could save you money.

Go to your state marketplace for health insurance at healthcare.gov to see whether you qualify. You can apply for the CHIP program any time of the year.

Decide whether to keep your employer coverage. It may seem easiest to just stay on your employer plan through COBRA, which you can do for 18 months. It’s an attractive option if you want to retain the same doctors. But it’s expensive: Your employer will no longer be subsidizing the policy, so you’ll have to pay the full price of the plan. And because employers typically cover 60 to 80 percent of a plan’s cost, your cost to continue coverage could go up by hundreds of dollars per month.

The 60-day window for signing up for COBRA has been temporarily extended during the pandemic. Once the national emergency is declared over, you’ll then have 60 days to apply to remain on your employer insurance. The emergency status is updated periodically, and the last announcement by the Department of Health and Human Services was April 21. At that point, HHS estimated  that the emergency declaration would remain for 90 more days, till about the end of July.

Buy your own insurance on the open market. Under the Affordable Care Act, you can sign up for health insurance at any point in the year through your state’s health insurance marketplace if you have a qualifying event, such as losing your job. You’ll need to provide a notice from your employer or insurer that your loss of coverage is because of a job loss. You can upload it or mail it in when you go online to the marketplace site. To find your state’s sign-up information, go to healthcare.gov.

Twelve states created a special sign-up period for anyone who was previously without health insurance and wants to buy it now, even if they haven’t lost a job and insurance now. While the deadline for signing up has passed in some states, the window for five marketplaces—California, Massachusetts, Maryland, Vermont, and D.C.—is open through mid- to late June, depending on the state.

While marketplace insurance can be costly, with a job loss you’re likely to qualify for subsidies to reduce premiums, says Rachel Schwab, a research associate at the Georgetown University Health Policy Institute. As of May 20, about 8.4 million people will be eligible for marketplace subsidies, according to the Kaiser Family Foundation.

Some states also consider a drop in income as a qualifying event. So if you already buy your own comprehensive insurance and your income has been significantly reduced, you should also determine whether you qualify for financial help or can switch to a less expensive plan, Schwab says.

Consumer Reports is an independent, nonprofit organization that works side by side with consumers to create a fairer, safer, and healthier world. CR does not endorse products or services, and does not accept advertising. Copyright © 2020, Consumer Reports, Inc.

The digital divide is a 'big challenge' amid coronavirus: Michael Dell

Sat Jun 13 , 2020
When the novel coronavirus forced the vast majority of Americans into their homes, it shifted work, schooling, and social gatherings online. But many people lacked the resources to make the transition online with them. In a newly released interview, taped on Tuesday, Dell Technologies CEO Michael Dell said the divide […] 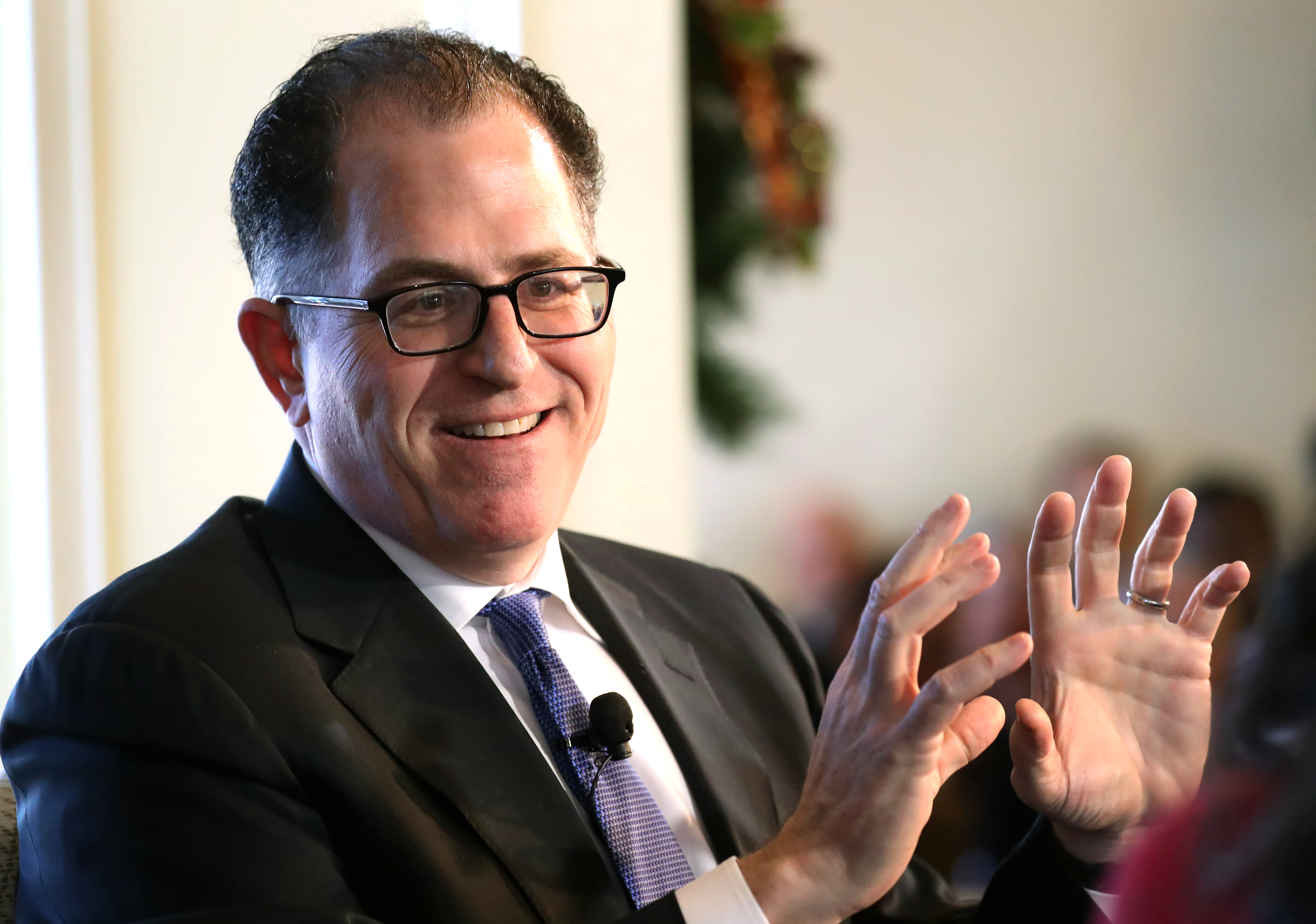