This year, wealth managers were forced to set aside their high-touch in-person approach to managing people’s finances and connect with clients virtually. Fortunately for them, the stock market has recovered strongly, and the asset values on which they depend for fees are generally higher. Thus, after the initial market panic […]

This year, wealth managers were forced to set aside their high-touch in-person approach to managing people’s finances and connect with clients virtually. Fortunately for them, the stock market has recovered strongly, and the asset values on which they depend for fees are generally higher. Thus, after the initial market panic brought on by Covid-19, the Zoom calls were generally pleasant.

Here are the year’s most intriguing people, firms and trends from the wealth management world.

We selected our inaugural Forbes Wealth Management Awards in consultation with Michael Kitces, head of planning strategy at Buckingham Wealth Partners, former editor of the Journal of Financial Planning and cofounder of the XY Planning Network. Kitces is a well-known commentator on wealth management and publishes the Kitces Report and industry blog Nerd’s Eye View.

The Nasdaq 100 Index, known to traders as the QQQ or Invesco QQQ ETF, was an easy way to make money in 2020. It has had a total return of 43% in 2020. The tech-heavy index, which has 100 large non-financial stocks, has had a great pandemic. Amazon, Alphabet and Netflix along with Gilead Sciences (maker of Covid therapeutic Remdesivir) and Tesla are all members of the QQQ. Smart—and lucky—advisors loaded the index fund into client portfolios.

The big investment advisors are not yet worried about losing their high-net-worth clients to Robinhood. However, as Kitces puts it, the next crop of millionaire clients may just be learning about the financial markets on the self-directed online brokerage. For that reason, it behooves financial professionals to pay attention to the platform as a sign of the type of user experience and digital capabilities the next generation of clients will come to expect.

This is not your grandfather’s Goldman Sachs. Adding United Capital and FinLife Partners under the new Goldman Sachs Personal Financial Management umbrella is the latest innovation at the investment banking giant. Former investment advisory firm United Capital brings along 23,000 clients and $25.7 billion in assets in the mass affluent segment, where Goldman previously had little business. The FinLife advisor dashboard will help increase access to Goldman products, according to Kitces. This year’s activity builds on Goldman’s expansion into digital banking with its Marcus app, company-sponsored financial planning with Ayco and a credit card partnership with Apple.

When Morgan Stanley announced it was buying Boston-based mutual fund and ETF giant Eaton Vance for $7 billion in October, it acquired a hidden gem in Parametric. The Seattle-based company is a specialist in direct indexing, a strategy of buying underlying equities to achieve index-like exposure while avoiding the structures and fees of an ETF. That gives the New York-based financial services giant a strong position in what Kitces sees as the breakout product of 2021.

When a bank can attract 18 groups of breakaway brokers in the last two years from firms like Merrill Lynch, Morgan Stanley, JPMorgan and Wells Fargo, it makes a big statement. While advisors at big brokerages typically hear the word “bank” and want to run the other way, that is not the case with this San Francisco-based firm that is among the largest investment advisors in the country. Advisors have more flexibility with custody options at BNY Mellon Pershing and Fidelity as well as outside-the-box investment offerings that include access to private deals. On top of that, the bank supports advisors by referring over a billion dollars in assets from its banking side on an annual basis. In August, First Republic added 35-year Merrill veteran Phil Scott, who manages $2.7 billion, to its ranks of more than 200 advisors.

When Congress set up the paycheck protection program (PPP) in the spring, the intention was to save small businesses and jobs on Main Street. However, some companies didn’t get the memo. Harvard University and the Los Angeles Lakers both dealt with public outrage before returning their loans. Omaha-based Carson Wealth, which manages $11.9 billion under the leadership of brash founder and private jet owner Ron Carson, received a loan of $2 million to $5 million. He wasn’t the only well-heeled wealth manager to get PPP cash. Over a thousand financial advisors received these loans meant for pizza places and barbershops, including 28 firms that manage more than a billion dollars.

The world of wealth management has seen consolidation at a record pace. There is an entire cottage industry of rollups that are buying up smaller firms in pursuit of economies of scale. Until now, that has been largely fueled by private equity investment, but going forward it will be accelerated with fresh capital from SPACs, or special purpose acquisition companies. Last year’s deal volume hit a high watermark with deal value in asset and wealth management hitting $53.4 billion with a total of 220 deals. A high bar, but 2021 stands a good chance of clearing it.

The Forbes Person Of The Year In Wealth Management: James Gorman, CEO of Morgan Stanley

Despite the turmoil of 2020, Morgan Stanley’s CEO, who used to run Merrill Lynch’s brokerage business, didn’t hesitate to buy in 2020. Gorman bought E-Trade for $13 billion in February and followed up with the Eaton Vance acquisition later in the year. The two deals added 5 million customer accounts to Morgan Stanley, bringing the firm’s total assets under management to more than $1.2 trillion.

Sun Dec 27 , 2020
4 things you need to know about refinancing to a record-low mortgage rate Mortgage rates have fallen to unbelievably low levels in 2020 thanks to the economic chaos unleashsed by the coronavirus. Thirty-year mortgages way below 3% have become the norm as rates have plunged more than a full percentage […] 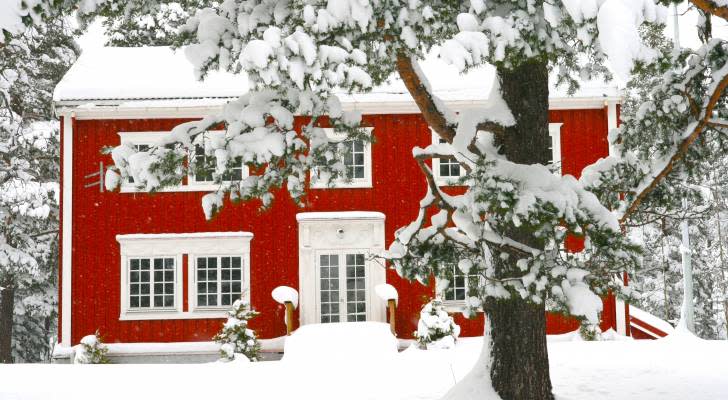