Which? said fraudsters have targeted vulnerable consumers seeking debt help Google is not clamping down hard enough on scam adverts appearing in their searches, according to a new investigation. Consumer group Which? claimed it had found fake adverts for debt help charities and financial firms. The group says it found […]

Google is not clamping down hard enough on scam adverts appearing in their searches, according to a new investigation.

Consumer group Which? claimed it had found fake adverts for debt help charities and financial firms.

One victim lost £160,000 after clicking on an ad for what appeared to be an Aviva investment scheme. Despite trying to make sure the website was legitimate, they ended up speaking to a fraudster.

They were reimbursed under a banking industry code which protects blameless bank transfer scam victims.

Which? said fraudsters have also targeted vulnerable consumers seeking debt help, with “lead generator” ads imitating charities. They encourage them to submit personal details that are then sold on.

People are then contacted and pushed to take on Individual Voluntary Agreements (IVAs). These are legally binding debt repayment plans which may be unsuitable, Which? said.

Which? says it found search results for “Admiral claims number”, “NFU phone number” and “Aviva claims department” brought up adverts for third party websites referring to themselves with terms such as the “official claims line” and “claims department”.

Advertisers promoting financial services or products are given 21 days to submit verification documentation – but Which? is concerned this grace period will be exploited.

Which? said Google told it grace periods will be removed for some users from September, but Which? believes all advertisers should be verified before their ads are published. It is urging Google to prioritise removing this grace period for advertisers promoting financial services or products.

Jenny Ross, Which? money editor, said: “People should be able to trust that the adverts they see on Google are legitimate, however our investigation has revealed the various ways fraudsters have hijacked the search engine’s systems to target and exploit victims.

“Despite introducing new measures to vet those advertising financial products or services, the grace period is a glaring loophole and we are calling for Google to remove this delay for advertisers in high-risk industries. It should also introduce clear and transparent labels for ads listed by unverified advertisers.

“The Government should also widen the scope of its upcoming Online Harms legislation to include fraudulent content, which would require tech firms to take tougher action to tackle scam adverts.”

A statement from Google given to Which? said: “Protecting users from ad scams and fraud is a key priority. To more effectively prevent predatory financial ads in the UK, we now require certain advertisers promoting financial products or services to complete our business operations verification programme.

“This will allow us to gain more information about the advertisers’ identity, business model and relationships with third parties so users can trust the ads they’re seeing.

“This policy update follows months of engagement with and input from the FCA (Financial Conduct Authority) to ensure we’re effectively addressing the bad actors responsible for predatory financial ads.”

Mon Sep 14 , 2020
(Bloomberg) — It was meant to be the week when OPEC nations gathered in Baghdad to celebrate the cartel’s six decades as a dominant force in global oil markets. Instead, the Organization of Petroleum Exporting Countries and its allies will convene online, and reflect on whether the coranavirus has thwarted […] 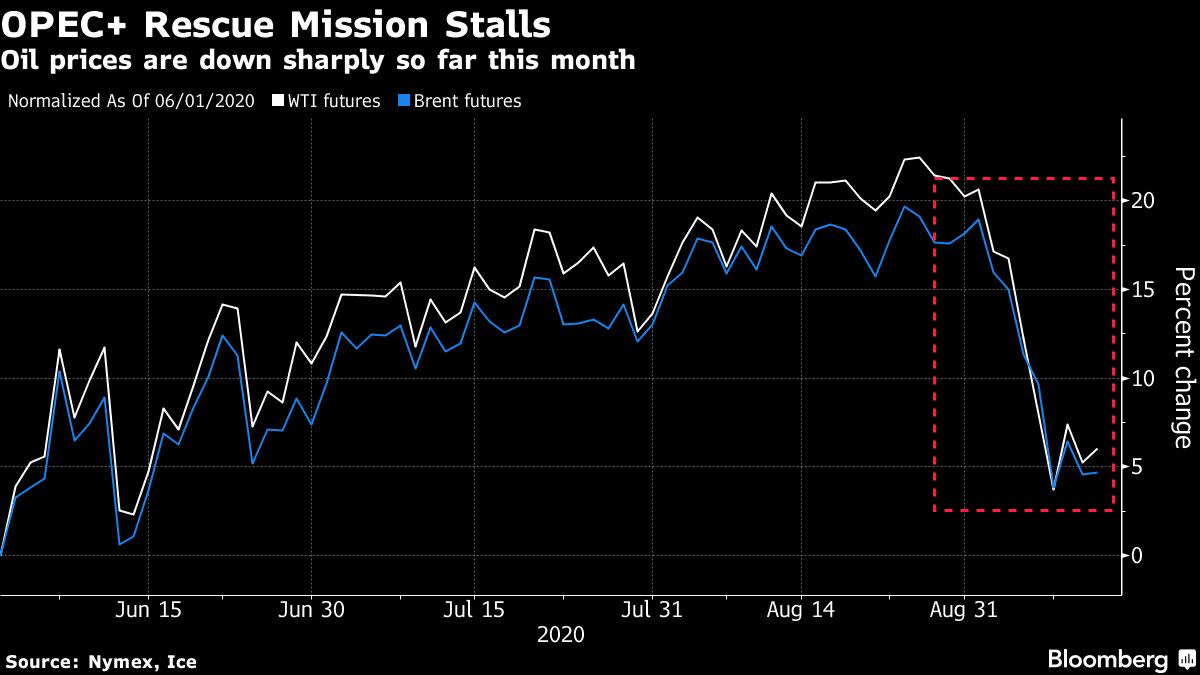