Server Conor Susi, center, takes orders from a dine-in group at Faith & Flower in downtown Los Angeles on June 6. (Kent Nishimura / Los Angeles Times) The surprising jobs rebound in May, which fueled hopes for a fast recovery from the pandemic recession, was almost certainly due in large […]

The surprising jobs rebound in May, which fueled hopes for a fast recovery from the pandemic recession, was almost certainly due in large part to tens of billions of dollars of forgivable government loans to small businesses.

Known as the Paycheck Protection Program, the initiative — part of the much larger COVID-19 relief package enacted by Congress when the pandemic first began pounding the economy — has to date lent more than $512 billion to struggling small businesses, including about $67 billion in California. The money does not need to be repaid if funds are used to keep workers on the payroll and other conditions are met.

The novel idea to discourage layoffs has no precedent in past economic crises.

And without it, businesses such as Dune Coffee Roaster in Santa Barbara would not have been able to bring back most of the 48 employees furloughed when the outbreak hit.

That’s crucial now because the program is set to expire soon and neither President Trump nor congressional Republicans have shown much interest in renewed aid.

Dune Coffee’s owner, Julia Mayer, was one of the earliest recipients of a PPP loan in mid-April. She says it was a godsend, keeping alive a business that she and her husband financed in 2009 with credit cards and $5,000 from her grandmother. It has grown to three stores and $4 million in sales last year.

But the Mayers and many other borrowers will run out of PPP funds at the end of the month. The big worry is that many will not be able to keep paying their workers as they reopen in the face of a still-serious pandemic.

A solid recovery in the labor market is critical for a healthy and sustained recovery in the overall economy. Small businesses, or those with fewer than 500 employees, account for almost half of the nation’s jobs.

PPP loans were designed to cover an employer’s payroll costs for only about eight weeks, serving as a stopgap until things got back to normal. Now, it looks as though legislators seriously overestimated how quickly the country would return to “normal.”

Even as states have begun reopening their economies, significant business restrictions remain in many locales. And current data show that parts of the United States that initially saw relatively few coronavirus cases are now leading the country in new infections.

Under those circumstances, it would not be surprising if many consumers remained fearful of getting infected and reluctant to venture out as they used to do.

Despite a strong bounce-back in consumer spending last month, the gains still left overall retail sales well below year-ago levels. And even with the one-month improvement, most businesses are nowhere near where they were before the health crisis.

Sales are only half of what they were a year ago at Dune Coffee. “The only way we’re doing what we’re doing is because we have this [$350,000] loan that’s helping us,” said Mayer, 40, adding that two of her landlords also reduced rents. But “we’re pretty much out” of PPP money, she said. “We’ll have one more payroll run and that’ll be it. And that’s a little bit scary.”

As of June 12, almost 4.6 million businesses got PPP loans totaling more than $512 billion, according to the Small Business Administration, which is running the program. About two-thirds of the borrowers could use up all of their loan proceeds by the end of June, according to a survey by the National Federation of Independent Business, a small employer lobbying group.

The PPP is a big “wild card” for the labor market, said Bernard Yaros, an economist at Moody’s Analytics.

According to his calculations, it was the PPP that largely explained the unexpectedly good jobs report earlier this month.

Whereas analysts were expecting about 7 million fewer payroll jobs in May, the Bureau of Labor Statistics’ preliminary data showed an actual net increase of 2.5 million jobs. The unemployment rate dropped to 13.3% in May from 14.7% in April, although officials said both months’ figures understated the number of people laid off and considered unemployed.

In addition to the jobs gains, stronger-than-expected retail sales in May and improvements in consumer confidence and manufacturing measures have bolstered hopes for a rapid recovery from what’s very likely to be the biggest quarterly collapse of economic activity in U.S. history.

But even with the jobs rebound in May, payroll employment remains almost 20 million below the level in February before the pandemic.

And while most of that huge jobs shortfall is thought to be in the form of furloughs — close to 80% of workers are expecting to be recalled — Federal Reserve Chair Jerome H. Powell noted last week that there could be “well into the millions of people who don’t get to go back to their old job.”

Yaros estimated that the PPP has safeguarded about 16 million jobs so far. There’s still about $130 billion of PPP money to be lent out. And government managers have made some improvements in reaching smaller, more vulnerable businesses in recent weeks.

Initially, the program drew fire for dishing out money to some large publicly traded companies and well-endowed organizations, including the Lakers. (The team later returned the $4.6-million loan.)

The SBA says the average amount of all PPP loans has dropped to about $111,360 — from almost double that amount in the initial flurry of activity when the program launched in early April.

Still, the vast majority of 30 million small businesses in the U.S. haven’t gotten PPP loans, some likely deterred by bureaucratic hassles and other barriers.

After analyzing the PPP data, Beth Ann Bovino, chief U.S. economist at S&P Global Ratings, said the program could have saved more jobs if more of the loans went to industries most hurt by the pandemic, such as food services.

“The underlying message behind PPP was to have the worker tethered somehow to the job, to the business, so that when the doors open wide there would be a job to go back to,” she said. “If that was the hope by this program, well, it might fall short because the industries that were more directly affected by social distancing aren’t getting the [proportionate amount of] loans.”

Other studies indicate that Black- and Latino-owned businesses have been hit particularly hard by the pandemic. The Small Business Administration hasn’t provided data for PPP recipients’ race, gender or firm size, and officials didn’t respond to inquiries about those statistics.

Ana Remos, a Latina in Miami who cofounded azureazure.com, an online bilingual lifestyle magazine, got a PPP loan for $75,000. That initially covered payroll for four employees, but her loan money is almost gone.

And with advertising revenue for her website having dropped nearly to zero, Remos said she had to let go her most expensive employee — the firm’s webmaster and technical handyman. She fears that she may soon have to lay off her English and Spanish editors.

“This PPP loan should be expanded. Two months is nothing, not only for me but anyone to get back on your feet,” said Remos, whose business had invested $35,000 to build a new platform and was just getting ready to launch a big redesign when the pandemic struck. “We need at least two more months.”

Congress already has loosened up PPP rules and conditions to make it easier for businesses to qualify for loan forgiveness. And lawmakers are considering another round of pandemic relief measures, but it’s far from clear whether that will include additional PPP funding or rule changes that would allow previous borrowers to apply for more money.

At the moment, the PPP application deadline is still June 30. “Rather than another short-term solution, Congress really needs to focus on a comprehensive program for the next couple of years,” said Crozier of Main Street Alliance.

For now, the question for many employers is whether they can hang on until there’s more financing or business improves enough so that they can avoid more layoffs.

“Three-quarters of [business] respondents state that they only have enough cash on hand to cover two months of expenses or less,” according to a survey in a paper published by the National Bureau of Economic Research.

“If the crisis lasts 4 months instead of 1 month, only 47% of businesses expect to be open in December compared to 72% under the shorter duration,” the survey found.

Tina Lyons, 53, owner of Double River Forwarding in Portland, Ore., makes her living by helping businesses ship containers of products to other countries. Her biggest customers are farming businesses that export hay, wheat, soybeans, hazelnuts and other goods.

Even before COVID-19, the U.S.-China trade war and barrage of tit-for-tat tariffs made last year the worst in her 12 years of operating the company. And this year is looking even worse.

Thanks to a $33,000 PPP loan, she’s kept three of her four workers. But with ports closed in some countries and people not stocking up on things, Lyons says her business is just a third of what it was last year. She’s already told her employees they may have their hours cut at the beginning of July, when her PPP funds run out.

“Oh, it did help,” she said of the PPP loan, which she expects will be 100% forgiven. “At the time, I really thought it was all we were going to need. I really did.”

“But you know how it’s going. Every week we’re in a different position, or we find out more about how it’s going to be longer than we thought or it’s not going to ever go away,” she said of COVID-19 fears. “Really at the beginning I did think this was going to be just the bridge we needed. But it’s not.”

Thu Jun 18 , 2020
Los Angeles DACA recipient Denea Joseph was born in Belize and came to the U.S. when she was 7. (Steve Saldivar / Los Angeles Times) For years, Denea Joseph knew that her life as a Black woman without legal status in the U.S. was precarious. Born in Belize, the 26-year-old […] 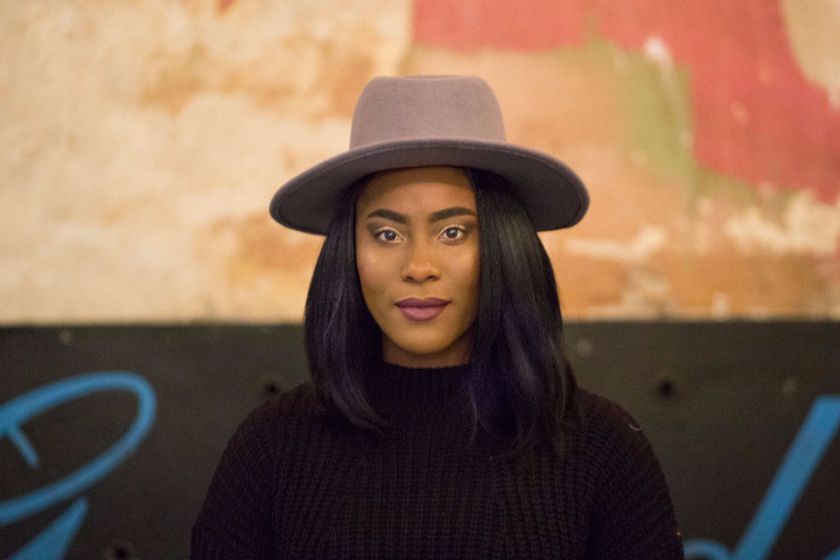