Click here to read the full article. California Governor Gavin Newsom said at his Monday press conference that the state was adjusting some of the workplace closure guidelines it issued last week, specifically those around hair salons and barbershops and the “personal care services industry.” The governor said he had […]

California Governor Gavin Newsom said at his Monday press conference that the state was adjusting some of the workplace closure guidelines it issued last week, specifically those around hair salons and barbershops and the “personal care services industry.” The governor said he had wanted to make the changes earlier, but that it “turned out that was more challenging than it may have appeared.”

“The good news is,” said Newsom, “we now have new guidelines out on the COVID-19.ca.gov website clarifying what we can and can’t do as it relates to hair cuts and activities that we want to move from indoors to outdoors for personal care services industry,” said Newsom.

“It turned out, without getting into too many details, that issues of chemicals and shampoos and perms were more complicated than some had considered, particularly as relates to local ordinances and rules and regulations. So,” said the governor, “we worked through that over the last couple of days.”

Asked about adjusting school guidelines that might allow for outdoor classrooms, Newsom said he was open to considering that in counties that come off the state’s watch list.

The test positivity rate is now at 7.4 percent, a 9 percent increase over the past 14 days. The numbers of tests are also way up, which could contribute to the fall of positivity. The state’s daily testing average is up to 124,000 tests a day.

“But, again, no one is satisfied being north of seven percent, and we got close to eight percent last week,” said Newsom. “These numbers can change very, very quickly depending on our personal behavior, the sum total of which will determine the direction of the lines on this graph and, ultimately, the direction of our ability to reopen the economy and get our schools back open as all of us so desperately look forward to.”

When asked about ubiquitous claims by citizens that some test results are taking 10-12 days to come back, California Health & Human Services Agency Secretary Mark Ghaly said, “That average of 7 days is probably a true average.” But, he said tests from hospitals are probably taking 1-2 days and other test sites may be taking 2-3 weeks.

That’s a big problem with a virus that can incubate and infect others for 14 days before presenting symptoms.

Appropriately, Ghaly said a “Testing Task Force 2.0” is working on getting each testing site matched up with labs to get tests processed more quickly. “Matchmaking between where the tests are collected and where they are processed” can help to to eliminate bottlenecks, he said.

Newsom announced the state finally has guidelines for “pooled testing” for COVID-19 and that process would now be employed “more aggressively” in the state. Pooled testing helps ration test kits when they are scarce. The method bundles samples and allows them to be examined together. If the result is positive for the bundle, all the samples are then tested individually. If the result is negative, 24 tests are preserved for future use.

Newsom said there had been a “relatively-low” number of only 9 deaths in the past 24 hours. But, he said, “we’ve averaged 91 deaths over a 7-day period.” The state has seen 7,694 coronavirus-related deaths since the pandemic began.

Newsom announced a 16 percent increase in hospitalizations over the 14-day period. Two weeks ago, he said, it was up by 50 percent. A week ago, it was up by 28 percent.

“Certain parts of the state, this is not the case,” said the governor before noting in some counties there is, “Real constraint in ICU capacity.”

After San Francisco was added, 33 counties are now on watch list representing “the overwhelming majority of the population” in the state.

At his Friday news conference, California Governor Gavin Newsom ordered counties on the state’s coronavirus watch list to shut down school campuses this fall, at least to begin the school year. The 32 counties on the list — which include Los Angeles and most of Southern California — must switch to virtual instruction only. The state’s two largest districts, Los Angeles Unified and San Diego Unified, had already announced plans to begin the new academic year with online-only courses.

The mandate applies to private as well as public schools, according to Newsom.

In order to physically reopen schools, counties will have to meet the state’s attestation requirements. Los Angeles, Orange, Ventura, San Diego and Riverside counties are on the watch list.

A week ago, Newsom announced he was requiring all counties to close their restaurants, movie theaters, family entertainment centers, wineries, zoos and bars for indoor service.

Additionally, L.A. and 31 other counties on the state’s monitoring list were ordered to close fitness centers, places of worship, nail and hair salons and indoor malls. Other L.A.-local counties impacted include Santa Barbara, Ventura, San Diego, Orange and virtually every other county in Southern California.

Mon Jul 20 , 2020
If you’re trying to live on a budget, you might not feel like you can have the things you want. But you don’t have to resign yourself to living a bare-bones existence if your budget is tight — it’s possible to live on a budget and get some of the stuff […] 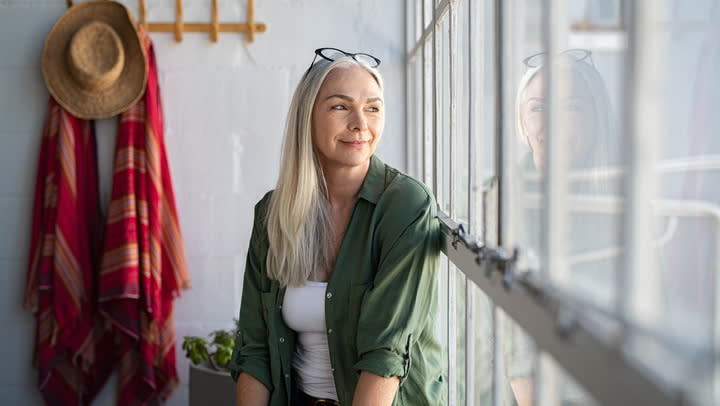