For every person interested in growth investing, finding the next Amazon (NASDAQ:AMZN) is the ultimate goal. The e-commerce giant revolutionized the retail landscape and changed the way people shop. The shift toward online shopping was a massive one, and investors who recognized it early likely made a ton of money.  […]

For every person interested in growth investing, finding the next Amazon (NASDAQ:AMZN) is the ultimate goal. The e-commerce giant revolutionized the retail landscape and changed the way people shop. The shift toward online shopping was a massive one, and investors who recognized it early likely made a ton of money.

Investing in trends is a powerful way to make money if you’ve got a long timeline and a stomach for risk. When thinking about growth stocks, many investors look to the mega-cap tech stocks that have been delivering over the past few years— but jumping on that bandwagon now means you’ve missed out on the hyper-growth stage that happened years ago when the industry was still relatively underdeveloped.

If growth investing is your goal, a good place to start is by examining macro trends and the industries they benefit. From there, investors have to choose companies they think have an edge and will outlast their competitors. But if you’re looking for the next Amazon, you first have to identify the next big global shift.

Here’s a look at seven macro trends that have the potential to spawn a new generation of growth stocks in the years ahead.

The debate over climate change has become extremely partisan in nature, but whether agree that it’s an issue or not, you can’t deny that it’s a trend that will probably shape the way people live over the next few years.

Over the last decade, people have started to pay much greater attention to the earth’s changing climate and it’s created a push toward using renewable energy. Countries around the world are working to reduce their carbon footprints and that will translate into big money flowing into green energy stocks. In order to achieve global warming targets set out in the Paris Accord, participating countries will need to roughly double their existing annual investment in renewable energy.

The oil and gas sector used to be a sure-fire way to generate longterm profits, but according to Charles Donovan of the Centre for Climate Finance and Investment at Imperial College, that’s about to change in a big way.

As the industry is still relatively young, investors haven’t fully embraced this potential growth. But its worth considering for those looking to jump onto the next big trend.

Self-driving cars are the future of the automobile industry, and their successful development could be as monumental for the global population as the internet was. While self-driving cars are likely to spawn a new generation of growth stocks, it’s worth considering that they’ll likely destroy some industries as well.

There are a lot of ways to think about autonomous driving in terms of growth investing— from the companies working on the driverless cars themselves to the component makers that outfit the vehicles with sensors and microchips that allow them to think for themselves.

Completely autonomous vehicles may not be a reality around the world for another decade, but varying levels of semi-autonomous cars are likely over the next few years. For example, Voyage, a Robo-taxi service that serves senior citizens within retirement communities, has been operating driverless cars with safety drivers in California. The low-speed and low-traffic roads make this kind of operation possible, but when it comes to high-speed roadways like motorways or densely populated cities, the safety implications are much greater.

With that in mind, investors have a prime opportunity to jump in on a trend that has barely left the ground. Autonomous vehicles offer a compelling way to invest in the next big tech advancement years before it’s been fully developed.

A New Class of Consumers

Another major macro trend worth considering is increasing wealth among populations in emerging economies. Specifically, investors should be focused on the growing middle class in India and China as both nations are expected to see discretionary income rise substantially.

According to Euromonitor International, the number of households with a disposable income of between $45,000 and $100,000 per year in developing countries is seen rising 5.6% over the next decade. Spending among that group is expected to increase by 6.9%.

That’s significant because it marks a shift for those consumers, in which they can spend more on leisure activities and durable goods.

Companies that are able to capture those growing markets, particularly in China and India where growth is likely to be the fastest, are likely to deliver handsome rewards.

Cloud computing has been considered a high-growth sector for some time, but the novel coronavirus prompted a renewed push for cloud-based operations. While the pandemic will eventually subside and many workers are likely to return to the office, remote work is likely to become a much more common benefit.

That’s because many firms have now invested in remote operations— from employee training on new technology to enhanced cloud operations, the transition to the cloud has been accelerated by the coronavirus outbreaks.

Cloud service providers are one way to play this trend, but data center operators and component-makers offer investors another choice when it comes to investing in cloud computing stocks.

The shift away from using cash was palpable before the pandemic struck, but the recent focus on sanity and reducing contact has accelerated that trend considerably. That has created an opportunity for technology to take a greater step into the finance world and create payment solutions.

Peer-to-peer payments has been one hot fintech trend over the past few years, but the opportunities at the intersection between finance and technology are nearly limitless.

Cashless payments are a good way to play this trend, particularly because the pandemic has caused many businesses to shift their operations in order to allow contactless payments. From restaurants allowing customers to order and pay from their phones to Apple’s (NASDAQ:AAPL) new payment platform, investors betting on a cash-free society over the next decade are likely to come out on top.

If it feels like investors have been talking about millennials for years, it’s because they have. The millennial generation was a key focus because as the group aged and became consumers in their own right, they were hard to reach and they didn’t always do what people thought they would.

But now, they’re adults that own homes, have children, and make big purchases— so they’re more important than ever. Not to mention investors’ latest obsession— Gen Z.

These two groups of consumers are likely to make purchases online and seem to prefer dealing with a bot rather than a human. For that reason, companies that flip traditional business on its head to cater to this powerful group of consumers are worth watching.

One example of this is Lemonade (NYSE:LMND), an insurance provider that caters to millennials.

With the coronavirus pandemic on everyone’s mind, healthcare might seem like an obvious trend to follow— but there’s more to finding growth investing in the healthcare space than just looking for vaccine makers. Sure, vaccine makers offer an opportunity right now, but for investors with a long-term outlook, there are plenty of other ways to play the space.

First is the intersection of healthcare and technology. That includes device makers like Intuitive Surgical (NASDAQ:ISRG) as well as Artificial Intelligence firms that are helping with diagnostics like IBM’s (NYSE: IBM) Watson supercomputer.

On top of that, there’s a whole host of biotech companies focused on developing cutting edge treatments. One area worth investigating is personalized medicine and targeted therapies. Many cancer treatments are evolving to include specialized treatment that uses a patient’s own immune system to combat the disease.

On the date of publication, Laura Hoy did not have (either directly or indirectly) any positions in the securities mentioned in this article.

Laura Hoy has a finance degree from Duquesne University and has been writing about financial markets for the past eight years. Her work can be seen in a variety of publications including InvestorPlace, Benzinga, Yahoo Finance and CCN.

How to find the right public adjuster

Fri Oct 9 , 2020
CEDAR RAPIDS, Iowa (KCRG) -As many people continue to deal with derecho damage, experts say the best way to find the right public adjuster is to do your research online and use referrals. Mark Cook with Advocate Public Adjustors says public adjusters can represent home or business owners against the […] 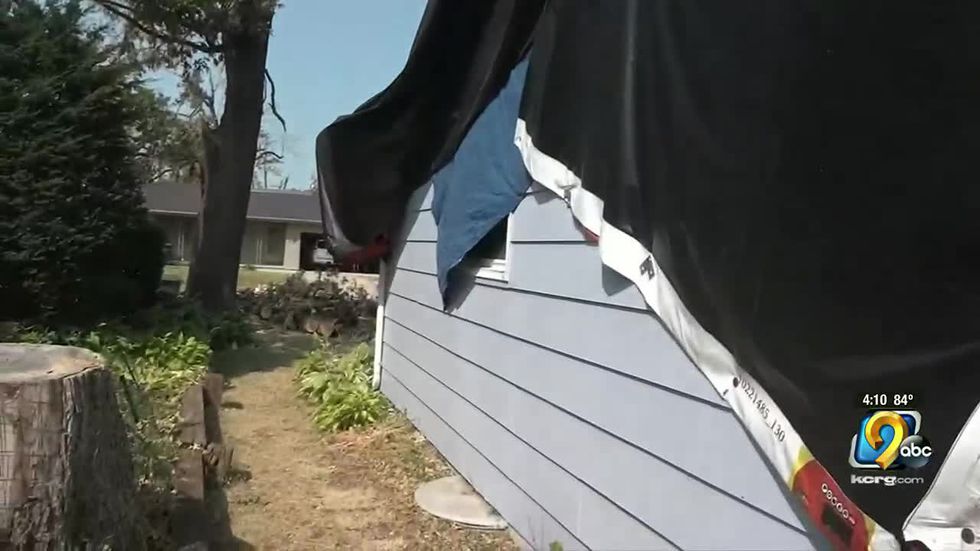