Some gyms and fitness centers in Tri-Cities announced this week they are now “wellness centers” and will stay open despite Washington state COVID-19 restrictions. But at least one state official questioned if that’s allowed. “Businesses cannot just immediately make up their own designations in response to actions by the state,” […]

Some gyms and fitness centers in Tri-Cities announced this week they are now “wellness centers” and will stay open despite Washington state COVID-19 restrictions.

But at least one state official questioned if that’s allowed.

“What kind of business they are is determined when they get their permitting done,” he told the Herald. “A gym cannot just rebrand itself a ‘wellness center’ and assume that means they don’t have to follow the state’s appropriate health guidance.”

“The thing is that they just can’t just decide they can do this,” he said. “We don’t take any joy in this — it seems a little disingenuous. You just automatically convert yourself into something else.”

Faulk compared it to cases the state also has reviewed where yoga studios are now calling themselves religious centers.

However, two agents with the Washington Department of Revenue’s licensing office separately told the Herald that fitness centers would not need a new business license to operate as a wellness center. One agent confirmed that they would only need to change its name with the Secretary of State’s Office.

Still, the definition of what constitutes a wellness center under Washington state COVID rules is not clear on the state website.

In August before the Tri-Cities moved to Phase 2, the Tri-City Court Club was the first to make the switch to becoming a wellness center when it changed its name to The Pacific Center.

It began offering functional health protocols and programs using natural ways to address health issues with an emphasis on lifestyle changes such as exercise, nutritional counseling, sleep and stress reduction.

They again offered group exercise classes, swim lessons and personal training sessions if clients had a doctor’s prescription or referral and made appointments.

Last week, among the clubs that announced plans to rebrand as wellness centers include LifeQuest Fitness Center in Pasco, now The Wellness Clinic at LifeQuest.

Also, Club 24, with six locations in Tri-Cities, turned over operations to the Tawtnuk Wellness Institute which is owned by the same person who owns Club 24.

And Gold’s Gym in Richland and Kennewick are both now Cascade Wellness.

None of the gyms returned calls about their changes, however all posted public statements online about their intent to rebrand and stay open.

The Wellness Center at LifeQuest updated documents with the state on Nov. 16, saying it’s “engaging in the business of owning and operating an alternative medicine clinic with the focus on concierge practice of wellness.”

On past annual reports filed with the Secretary of State, LifeQuest defined its business as being recreation and entertainment arts.

It’s unclear if they also will require doctor referrals and appointments like a medical facility.

The Department of Labor and Industries told to the Herald that all current enforcement related to COVID is based on complaints sent through a form on the state’s coronavirus response site, said Tim Church, assistant director of web and communication services for the department.

While Church didn’t have specific information about investigations on fitness centers in Tri-Cities, he noted that the department has cited a number of gyms in the state — mostly in Yakima — for violating Safe Start guidelines.

“Some businesses have tried changing what they are covered under,” Church said.

Nearly two dozen complaints were filed for all Tri-Cities Club 24 locations with the Emergency Operations Center, run by the Washington Military Department. The Center screens all complaints, then forwards to the appropriate agency — such as the liquor control board.

Pacific Clinic also has about 20 complaints filed against them with the center and the former Gold’s and LifeQuest each had about a dozen. Whether they were being investigated was not immediately available.

Church said that whether they should be open is based on what they are doing as a business. He said if a business appears as though it is something that should be closed, they do the investigation as normal and make a determination about citations and fines.

But not all club owners feel a rebranding is the right approach.

One of the largest in the Tri-Cities, the Columbia Basin Racquet Club in Richland closed its doors despite strongly believing they could safely remain open.

”At the end of the day, we as an industry have to become unlinked with bars and restaurants,” said Cole Willis, general manager of the club. “The setting is just not the same.”

He noted that masks may be off during strenuous exercise — but they don’t have to be removed like they do in restaurants when people are eating.

Willis said CBRC created space and distance between all their equipment, have taken their cleaning practice to the next level and chosen a hard line about masking when moving about the facility.

He notes that members take safety measures seriously because they want to be there.

The business has laid off all but a handful of employees — for the second time.

Before the pandemic began, the gym had 200 employees equivalent to 75 full-time positions. Only a third of those returned during the months when gyms could reopen.

The owners of Kio Ora Fitness in Kennewick made a public statement about their decision to close calling out gyms who are staying open, as well as calling out people who don’t wear masks or follow safety guidelines.

“The fact is gyms and recreational businesses like movie theaters are not the super spreaders. You all are,” said the Facebook post. “We want to keep Kia Ora Fitness open — but at what cost to our integrity knowing that the order said to close.”

Planet Fitness also appeared to have closed its Tri-Cities locations, although no one could be reached for comment.

The Washington Fitness Alliance wrote a letter imploring Inslee to change his stance.

The letter cites Washington state studies that found no link of COVID cases to fitness centers, national and international studies that found few to no outbreaks linked to gyms and touted the benefits exercise on physical and mental health.

“So many people are struggling right now, that we need to be active,” Willis said. “During the two months we were open, more people stopped and told me how much more important it was to their emotional and mental health than their physical health right now.”

Allison Stormo has been an editor, writer and designer at newspapers throughout the Pacific Northwest for more than 20 years. She is a former Tri-City Herald news editor, and recently has returned to the newsroom.

Holiday 2020: How to avoid losing money on gift cards

Sun Nov 22 , 2020
STATEN ISLAND, N.Y. – Gift cards make for quick and practical gifts, but buying them involves hidden risks, consumer experts warn. Some gift cards could have hidden fees or charges for inactivity. And some charge a fee for activation, so it’s important to read the fine print before buying them […] 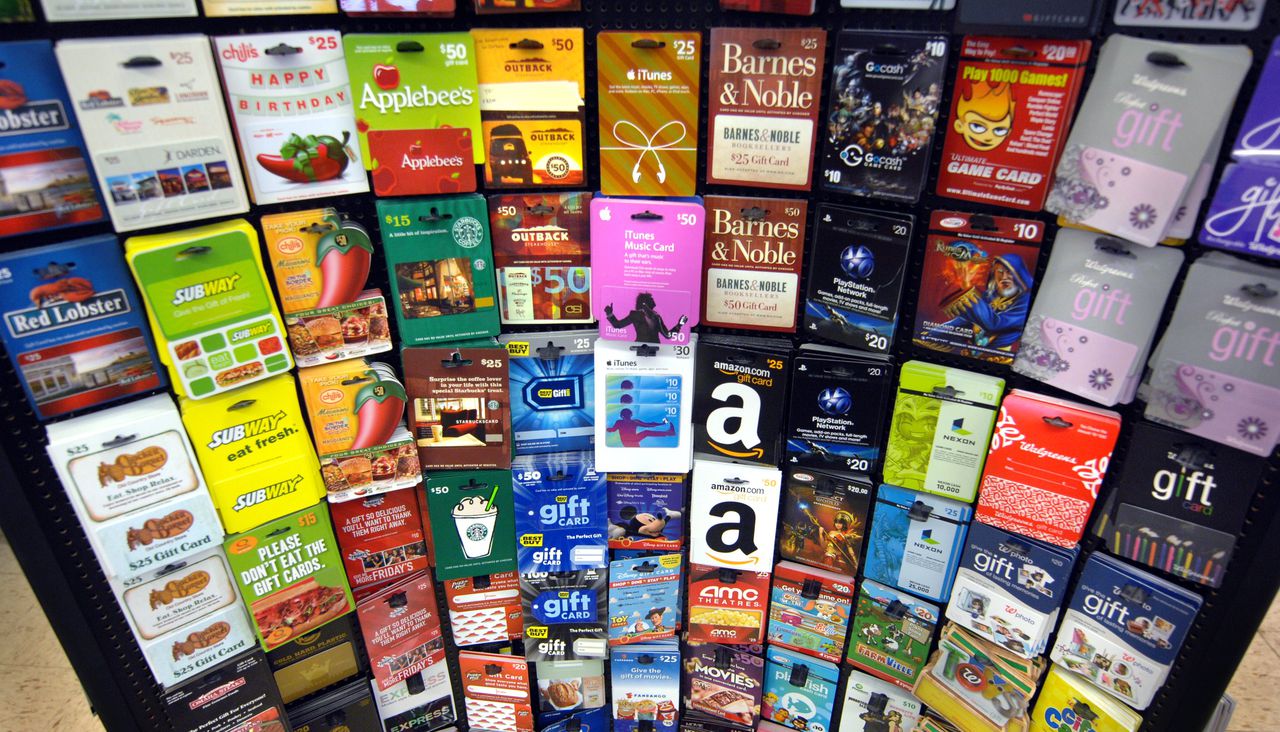