Harris, D-Calif., the first woman of color nominated to the presidential ticket of a major political party, will accept the nomination to be Joe Biden’s running mate in a speech just before remarks by Obama, the first person of color to win the White House.

Follow the latest from the Democratic National Convention in our DNC live blog.

The two-hour program, whose theme, “A More Perfect Union,” will focus on efforts to make the American promise a reality for everyone, will be emceed by actress Kerry Washington, and it will feature performances by singers Billie Eilish and Jennifer Hudson, as well as speeches by House Speaker Nancy Pelosi, D-Calif., and former Rep. Gabby Giffords of Arizona, who became a gun control activist after she was shot in 2011.

Here’s what to watch:

Harris is no stranger to the Democratic faithful after her high-profile presidential bid, but she’ll have a chance to introduce herself to a wider audience and in a different light after her primary campaign fizzled last year.

Throughout her career, Harris has leaned heavily on her personal story as the daughter of immigrants and her background as a prosecutor, from which she drew her slogan, “For the People.”

Vice presidential candidates traditionally play the role of attack dog so the people at the top of the ticket can keep their hands a bit cleaner, and Harris is fond of, as she says, prosecuting the case against President Donald Trump.

No one knows what it’s like to run against Trump better than Clinton, who will return to a Democratic convention that looks very different from the one four years ago when she accepted the party’s nomination.

Not only has the convention gone entirely online because of the coronavirus pandemic, but the party has also moved on from the Clintons, as some Democrats blamed her, at least in part, for the 2016 election loss.

Clinton has hardly gone quiet, having written a book and given numerous interviews. She’s still a frequent target of Republican attack ads, and she is often mentioned, regardless of the context, by Trump himself, so she might delight in the chance to get under his skin while touting the potential for Harris to put more cracks in “the hardest, highest glass ceiling” of electing a female president.

During her own presidential run last year, Warren, D-Mass., dreamed of doing big things with the levers of power and prided herself on having detailed plans for how to do them. Biden also says the next president will have to take sweeping action to respond to COVID-19 and the economic collapse, but he has been gauzier about how he’d get there, sticking to a belief that bipartisan compromise and his relationship with Republican lawmakers would see him through.

Warren is almost always a team player compared with some others on the left, so she’s unlikely to apply too much pressure on Biden, at least publicly, but she is very interested in shaping his administration — and potentially serving in a position like treasury secretary after having been passed over for the vice presidential slot.

Only Sen. Bernie Sanders, I-Vt., stayed in the primary contest longer, and he endorsed Biden later than Warren, so Democrats hope she will do what she can to get her supporters to be as enthusiastic as possible about Biden.

His wife, Michelle, was the star of the first night of the convention Monday, and the former president himself will likely be the star of Night 3, even if Harris has main billing. Obama remains overwhelmingly popular within his party and relatively well-liked by Americans for a partisan political figure.

Since leaving office, Obama has been very careful about when and how he weighs in on political matters, and some Democrats have grumbled that he hasn’t done more during the Trump era. But his speech supporting Clinton, his first secretary of state, was a highlight of the 2016 convention, and now he gets to boost the man he handpicked to be his No. 2 in 2008.

Obama notably didn’t endorse Biden during the Democratic primaries, which Biden has always said was intentional because he wanted to earn the nomination himself. But Obama was said to have favored Clinton over Biden in 2016, and he was reported to have doubted Biden’s ability to win in 2020, as well.

The fact that both of the Democrats’ last two presidential nominees came out of the Obama administration shows the lingering glow the era has for liberals. And a Biden victory would help secure Obama’s legacy, so he will likely become a more familiar presence on the (virtual) campaign trail soon.

The previous two nights of the convention have featured surprise appearances by Republicans who support Biden over Trump. And the convention hasn’t yet come close to exhausting the ever-growing list of disenchanted members of the GOP, so it’s possible more are yet to show up.

On Monday night, it was a slate of Republican former officeholders and candidates. On Tuesday, it was former Secretary of State Colin Powell and Cindy McCain, the widow of Sen. John McCain. But there are dozens of former senators, House members and onetime GOP administration officials who have been vocal about their opposition to Trump and likely more who have kept quiet who could still make appearances.

Thu Aug 20 , 2020
Brands and retailers have swiftly amped up the online shopping experience to meet consumers’ needs during the coronavirus pandemic — and now, e-commerce is primed to enter the next frontier. But for older e-commerce brands, such as eBay, that means modernization of its platform and reevaluation of an evolving and […] 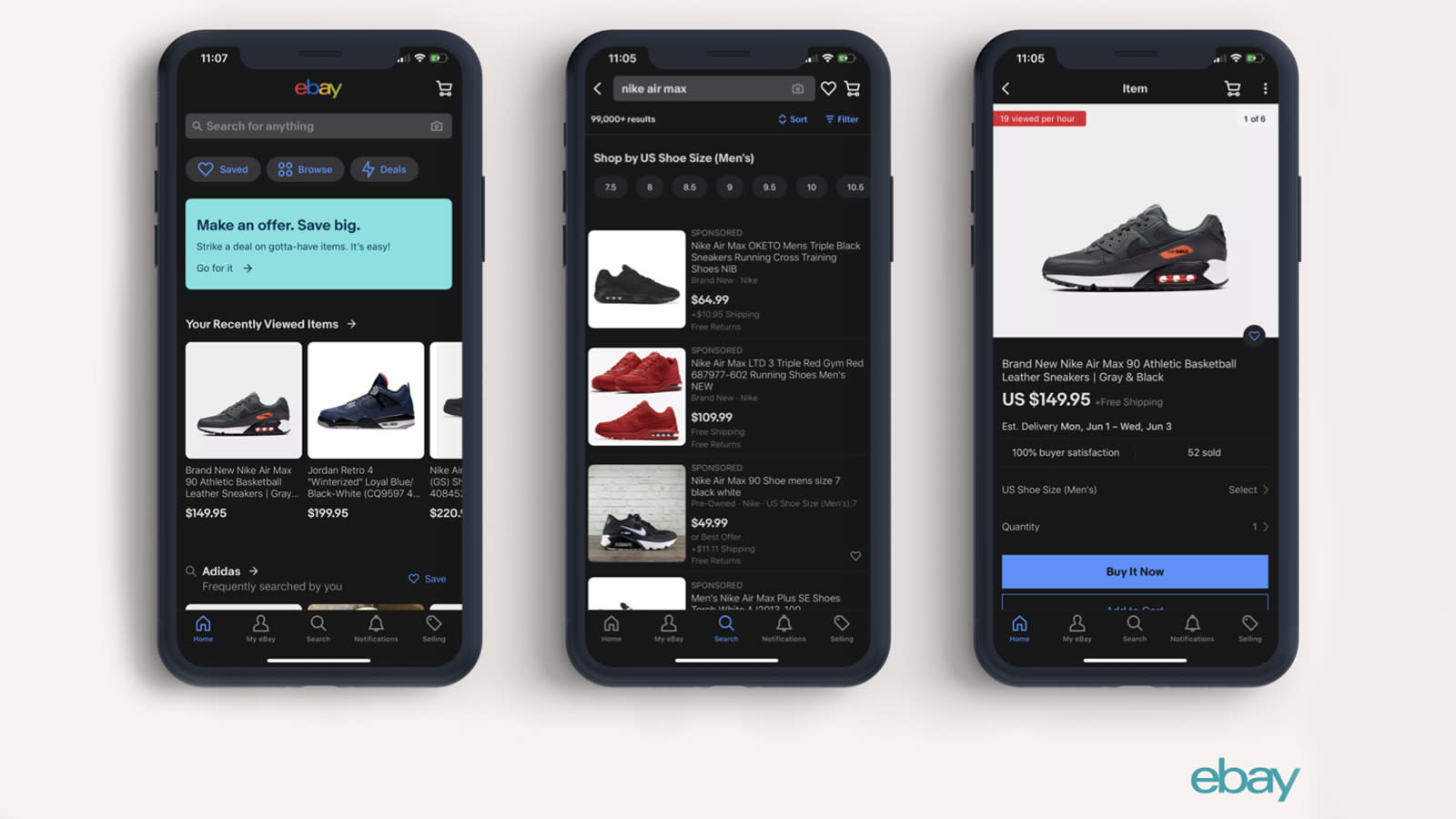