Prince Harry and Meghan Markle are risking their brand in the US with their political statements, but could find they benefit from them across the rest of the world, according to a brand expert. Eric Schiffer, chairman of Reputation Management Consultants, told Yahoo UK that the couple has taken a […]

Prince Harry and Meghan Markle are risking their brand in the US with their political statements, but could find they benefit from them across the rest of the world, according to a brand expert.

Eric Schiffer, chairman of Reputation Management Consultants, told Yahoo UK that the couple has taken a risk by speaking out about the election, even if they seem to be taking a neutral position.

The Duke and Duchess of Sussex encouraged Americans to vote in a video marking the release of this year’s Time 100 list, naming the 100 most influential people in the world.

Meghan, 39, had already been vocal in the political arena since the couple moved to the US, but this was the first time Harry, 36, had waded into the issue of voting.

While they have not explicitly backed Joe Biden, the Democrat candidate, Meghan’s views on Donald Trump, the Republican president and candidate, are well known. She called him “divisive” and “misogynistic” in 2016.

In the video, Harry said: “As we approach this November, it’s vital that we reject hate speech, misinformation and online negativity.”

Facebook deleted one of Trump’s posts in August, for violating its policy about coronavirus misinformation, while Twitter has been adding fact checks to the president’s tweets since May.

Schiffer said: “In much of America, the kinds of comments and the things that certainly Meghan is saying – and Harry getting involved in politics – decimates brand trust and brand relatability to so many Americans, certainly in red states and states favourable to Donald Trump.

“Even in blue states where you have conservatives who will view these two as out of touch celebrity elites who are whining about politics, when one has no basis to even vote and the other in many ways has abandoned America in part and disrespects 50% of America when she needs them.

“This is someone who wants to be in entertainment, and yet is willing to alienate half her audience. It’s illogical, disrespectful and boneheaded from a business and brand perspective.”

In the UK, there’s been mixed reaction to a British prince offering comment on a US election, and some predict it will actually go down well with the general public.

Nick Ede, a public relations and brand consultant, told Yahoo UK: “I think that the newspapers and commentators will wade in on the controversial Sussex political comments, however Meghan has always been vocal about her political beliefs and her opinion on Donald Trump.

“As public figures residing in the USA I think that their silence would have been worse. l think the majority of people in the UK will be happy to hear that they are using their fame to encourage voting.

“They are doing what many other Hollywood celebrities (and that’s what they are now) – especially bi-racial like Meghan – are doing, like Mariah Carey, John Legend.

“Meghan is from the USA and so it only feels right that she speaks up. I don’t think public opinion of them will change, in fact it can only go in their favour. For their brand it shows they are opposed to someone like Trump which can only be a good thing.”

Read more: Will anyone watch Harry and Meghan on Netflix? Poll shows 64% of Brits are not interested at all

The couple moved to California in March and in September announced they had signed a multi-million pound multi-year deal with Netflix, to make documentaries, scripted series and children’s programming.

On how the statements could impact their work with Netflix, Schiffer said: “There is a limited appetite for their names on shows except perhaps with some that are scouring for content or others that may be bedazzled by the royal glow that occurs with anything that comes out of Buckingham Palace, even though they have been ‘disowned’.

“I do think they will have a base of some level, but you can’t be decimating the base with moves that enter into politics unless you think that your base is only going to be on the left.

“And perhaps they do, and there is a big portion of the audience who would be more inclined to be favourable to them. I really think they are choosing to follow their own passions instead of thinking strategically.”

A YouGov poll in the UK found more than 60% of people were not interested at all in Harry and Meghan’s Netflix programming, and a Tatler survey found two-thirds think they should be stripped of their titles.

Despite the couple’s politics potentially putting off millions of people in the US, Schiffer said there could still be a big enough global market – and that it wouldn’t be so dangerous to discuss the American president elsewhere.

“There’s a perception they are only going to be in America, but Netflix understands that this is a global brand they are buying into and they will be pervasive across many different countries and demographics of people,” he said. “Frankly, outside of the United States, Donald Trump is not popular, in fact, he’s the opposite.

“Their politics plays to an international audience but it cuts off 40-45% of the United States audience.

“The president took a shot at Meghan Markle and did a royal flush of her brand. That doesn’t go unnoticed. It will be echoed throughout the chambers of the conservative press.

“It will affect people’s behaviour. But internationally, them entering into politics won’t do anything, if anything it will engender them and have them be more embraced, more relevant to an international audience who largely look at Trump as the evil empire leader. He’s not a popular figure.”

After the Time 100 video of Harry and Meghan was released on Wednesday 23 September, a source close to the duke told PA that Harry was “not talking about any candidate or specific campaign”.

But Schiffer said: “I think you would have to be living in a cave in Afghanistan to not understand that they have political leanings against Donald Trump.

“Their desire to get people to vote comes loaded with this underlying message, vote for Joe Biden and stay away from Donald Trump.

“In their minds, what they are trying to advocate for is this values systems which is: don’t create a lot of negative or harmful messaging, or hatred or propagating a culture that is caustic and creates a level of scrutiny that would cause continued pain on behalf of Harry and Meghan.

“There is some emotional unresolved issues that are playing out in their desire consistent with having the president be out, through motivating people to vote, which is a fascinating examination of their own psychology.”

Despite the criticism they’ve faced, Schiffer predicted the couple will get “more vocal, versus less”, adding: “They have made their choice and in many ways it’s non-royal, to get involved in these kinds of matters, which I think will backlash on them in brutal ways.

“In many ways, they are trying to be the wokerati, to the political audience that exists, and that’s not their place.

“It’s foolish and comes across entitled and out of touch, with this continued elitism aroma that exists around them. For many it will be a turn off.”

Despite Ede’s belief that Harry and Meghan’s political comments will go down well with the public in the UK, they have not been positively received by some royal watchers writing in the British press.

In The Telegraph, American writer Helen Kirwan-Taylor said: “For Harry – a Brit who cannot even vote in this election – to sit beside Meghan and sprout his opinions at such a volatile moment in US politics, has united everyone against them.

“Americans bought wholeheartedly into the royal soap opera; all they wanted to do is tune in for the next episode of the real life Crown. Even the dimmest of Americans understands that the British royals are paid to be quiet. That’s precisely what makes them alluring.”

DailyMail.com editor-at-large Piers Morgan has also been critical. On Twitter he said: “Meghan & Harry can spout off about politics all they like, they just can’t do it as royals.”

Read more: Have your say: Should Harry and Meghan lose their royal titles?

He added in a column: “It’s frankly outrageous for two members of the Royal Family to abuse their positions and embarrass their country in such a shameless way.

“And I would say exactly the same if they suggested a preference for Trump over Biden.”

Schiffer advised the couple to think again about their political statements, adding: “They have got to focus on what they can do to contribute to society in ways that are not going to be creating a level of polarity with the public.

“So what do you do, you contribute to those who need help, you invest time with people who are suffering economically, many in the US are living paycheck to paycheck, some don’t have health insurance, some are suffering because of COVID, give your time and money there, show you care through your actions.

“They have the spotlight and the resources, and if they care, put it back to the people. That would be more meaningful.”

Fri Sep 25 , 2020
Many of us are spending more time at home in 2020, which could mean having more time to take on home improvement projects. But home renovations aren’t just a way to fill time; you want the results to be worth the hard work. The key to any successful project lies […] 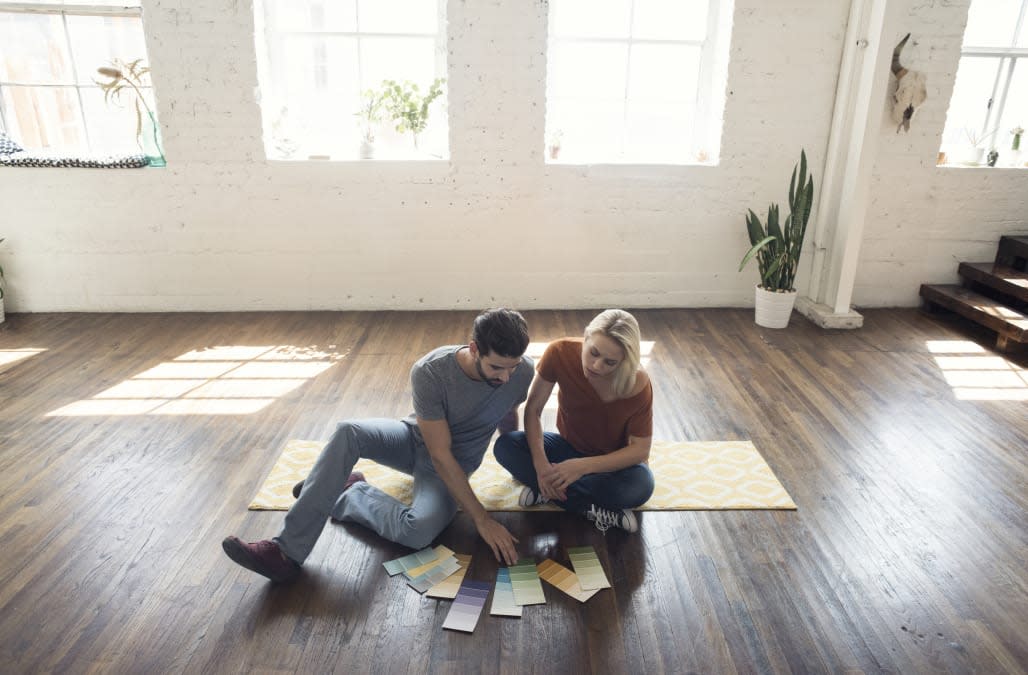