Harvard Business School today (Oct. 9) turned to a long-time insider to succeed Dean Nitin Nohria. The university named Senior Associate Dean Srikant M. Datar, who has been a faculty member at HBS for the past 24 years, its new dean, effective Jan. 1.

In turning to the 67-year-old Datar, who will become the second consecutive HBS dean born in India, the university selected someone who has held numerous leadership roles at the school. One of a dozen senior associate deans under Nohria, Datar has been responsible for faculty recruiting, for faculty development, for executive education, for research, and currently for university affairs. Datar was deeply involved in shifting all learning at HBS to remote instruction over a two-week period in the spring after the outbreak of COVID (see What Harvard Business School Has Learned From The Coronovirus Crisis).

No less crucial, Datar has played a key role in reaching out to the broader university on behalf of its often isolated business school, a likely sign of the direction University President Larry Bacow hopes HBS will take in future years. For the past five years, Datar has served as faculty chair of the Harvard Innovation Lab, one of the university’s most successful cross-school ventures. He has also led efforts to develop new joint programs in biotechnology, engineering sciences, and business analytics in collaboration with the Faculty of Arts and Sciences, Harvard Medical School, and the Harvard Paulson School of Engineering and Applied Sciences.

Datar is widely respected, well-liked, and trusted by his colleagues who consider him a proven administrator and a serious researcher. Yet there was also some surprise that the university made what some called a “safe choice.” “The school missed a great opportunity to address its yawning gap in diversity for a great woman dean and/or an under-represented minority,” says one observer. “This was seen as a safe choice to maximize continuity rather than to have impact or showcase a model of change.”

Datar, who will become the 11th dean in the school’s 112-year history, will assume the leadership of the school at a trying time. Higher education has been hit hard by the pandemic. Nohria had already announced that the school would likely lose $22 million this year with revenues expected to fall by $115 million, largely due to a dramatic decline in its executive education business. The school also enrolled its smallest MBA class in decades this fall, resulting in further losses in tuition revenue.

HBS also had to incur substantial investments to convert its campus into a safe environment during COVID. is the only one of Harvard’s 12 degree-granting schools currently offering in-person instruction. Dean Nohria has also been heavily criticized for his failure to make much progress in grappling with the business school’s racial inequities. Nohria has since publicly apologized for the school’s failures, vowing to recruit more Black students and faculty and to support the development of more Black protagonists in the school’s case studies. He launched an “Action Plan for Racial Equity” last month.

The immediate challenges facing the school may have helped Datar get the nod over many other potential candidates. Some observers believed the school would use the opportunity to appoint its first female dean. Among the most likely women who would have obvious candidates are Debora Spar, currently the senior associate dean for HBS Online and the former president of Barnard College from 2008 to 2017, and Youngme Moon, a marketing professor and former senior associate dean for the MBA program and senior associate dean for strategy and innovation. Yet another highly admired woman at the school whose name also surfaced was Amy Edmundson, a professor of leadership and management, who joined HBS in 1996 after earning her PhD from Harvard in organizational behavior. Edmundson, however, was light on administrative experience.

There was also some speculation that the university could turn to an accomplished Black academic, most notably David Thomas, one of only four Black faculty members to have gained tenure at HBS. Thomas has been dean of Georgetown University’s McDonough School of Business and is the current president of Morehouse College. Two other obvious candidates would have been Jan Rivkin, currently a senior associate dean and chair of the MBA program, and Peter Tufano, who recently announced he would be stepping down as dean of Saїd Business School at the University of Oxford after a highly successful ten-year run. Before Tufano joined Oxford he has been on the HBS faculty for 22 years.

University President Bacow offered no details about the search in his announcement. A 15-member search committee, whose members included two of Datar’s senior associate dean colleagues, was put together last November to vet candidates and recommend them to the president and provost of the university. “A great many people across the HBS community have offered thoughtful advice on the search, and Provost (Alan) Garber and I are grateful to all of you who contributed your views,” wrote Bacow in an email to the business school community.

Bacow, however, was generous in his praise of Datar. “He is a leading thinker about the future of business education, and he has recently played an essential role in HBS’s creative response to the challenges posed by the COVID-19 pandemic,” said Bacow in a statement. “He has served with distinction in a range of leadership positions over his nearly 25 years at HBS, while also forging novel collaborations with other Harvard Schools.

‘HE IS A WARM, GENEROUS AND THOUGHTFUL COLLEAGUE AND MENTOR’

“He is also a warm, generous, and thoughtful colleague and mentor — someone whose leadership experience, intimate knowledge of HBS, deep devotion to the institution, and talent for catalyzing constructive change all promise to serve the School and the University well, at a pivotal moment for business education,” added Bacow in his announcement.

Datar, who joined HBS in 1996, said he was in “equal measures humbled and honored” by the appointment. “Harvard Business School is an institution with a remarkable legacy of impact in research, education, and practice,” he said in an official statement. “Yet the events of the past year have hastened our passage to an unforeseen future. I look forward to working with colleagues and friends of the School — including throughout Harvard, in our Boston community, and around the world — to realize our mission in what undoubtedly will be an exciting new era.”

It was a mixture of luck and fate that led Datar to enter the management field. Datar received his bachelor’s degree, with distinction, from the University of Bombay in 1973. He was studying for his chartered accountancy qualification when he decided to call his cousin and ask him to go to the Indian Institute of Management in Ahmedabad to pick up the application form for him. It was only days before the school’s deadline. Datar applied to only IIM and was invited to interview with a trio of IIM faculty members and to participate in a case study test before his acceptance there. Datar would earn a postgraduate diploma in business management from IIM where he would become a gold medallist and the General Secretary of the Student’s Council.

Datar then came to the U.S. to complete master’s degrees in statistics (1983) and economics (1984) and a Ph.D. in business (1985), all from Stanford University. From 1984 to 1989, he was an assistant professor and then associate professor at the Carnegie Mellon Graduate School of Industrial Administration, where he was honored with the George Leland Bach Teaching Award. From 1989 to 1996, he served on the faculty of the Stanford Graduate School of Business, where he rose to become the Littlefield Professor of Accounting and Management and was recognized with the school’s Distinguished Teaching Award.

‘HE HAS BEEN REMARKABLY EFFECTIVE AT MOVING HBS FORWARD’

Over more than a decade, Datar has emerged as a prominent thinker and innovator on the future of business education and in strengthening HBS’s educational ties with other parts of Harvard. He was co-author, with David Garvin and Patrick Cullen, of “Rethinking the MBA: Business Education at a Crossroads” (2010). More recently, he has developed new courses on “Developing Mindsets for Innovative Problem Solving” and “Managing with Data Science,” both of which have included students from other Harvard Schools as well as HBS.

“In multiple roles over the years, Srikant has been remarkably effective at moving HBS forward,” said Provost Alan M. Garber. “Among other things, he has strengthened the i-lab’s role as a nucleus of innovation, guided the creation of an executive-education program in data science, and brought together colleagues across Schools to launch new joint-degree programs in biotech and engineering sciences. He consistently builds bridges across disciplines and organizations, he understands HBS’s challenges and opportunities, and he has his sights set firmly on its success in a time of disruptive change.”

Datar’s own research interests cover a wide terrain. His initial areas of focus included cost management and control, strategy implementation, and governance. In more recent times, beyond his work on the future of business education, he has turned his attention to such areas as design thinking and innovative problem solving, as well as machine learning and artificial intelligence. He has published numerous articles in scholarly journals on such topics as activity-based management, quality, productivity, time-based competition, new product development, bottleneck management, incentives, and performance evaluation. He has also served on several editorial boards.

“Srikant is an outstanding choice as Harvard Business School’s next dean,” said Nohria. Last November, Nohria announced his plans to conclude his deanship at the end of June 2020, after 10 years of service, but agreed to continue through this December in view of the pandemic. “He has thought deeply about the challenges and opportunities facing management education, and has a proven record of collaboration, innovation, and leadership — not only within HBS, but across Harvard and at other organizations. He is deeply respected for his judgment, admired for the genuine enthusiasm he brings to his research and teaching, and beloved as a colleague. I am confident, through the remainder of the pandemic and beyond, he will chart an inspired course for the School.”

Bacow also renewed his gratitude to Nohria, “who has led HBS with such wisdom, integrity, and foresight for the past decade — and whose willingness to extend his deanship through the end of 2020 has done so much to help HBS and Harvard navigate these challenging times.”

DON’T MISS: At Harvard Business School, The MBAs In The Class Of 2020 Meet The Class Of 1990 or HBS’ Racial Equality Plan: Vague Promises, No Targets

The post Harvard Business School Turns To Insider For Its New Dean appeared first on Poets&Quants.

Fri Oct 9 , 2020
In an effort to help you make informed decisions during the General Election, ABC Action News has reached out to dozens of candidates running for office. The following statements have been submitted to ABC Action News by the candidate. Every candidate was given the same set of questions. These are […] 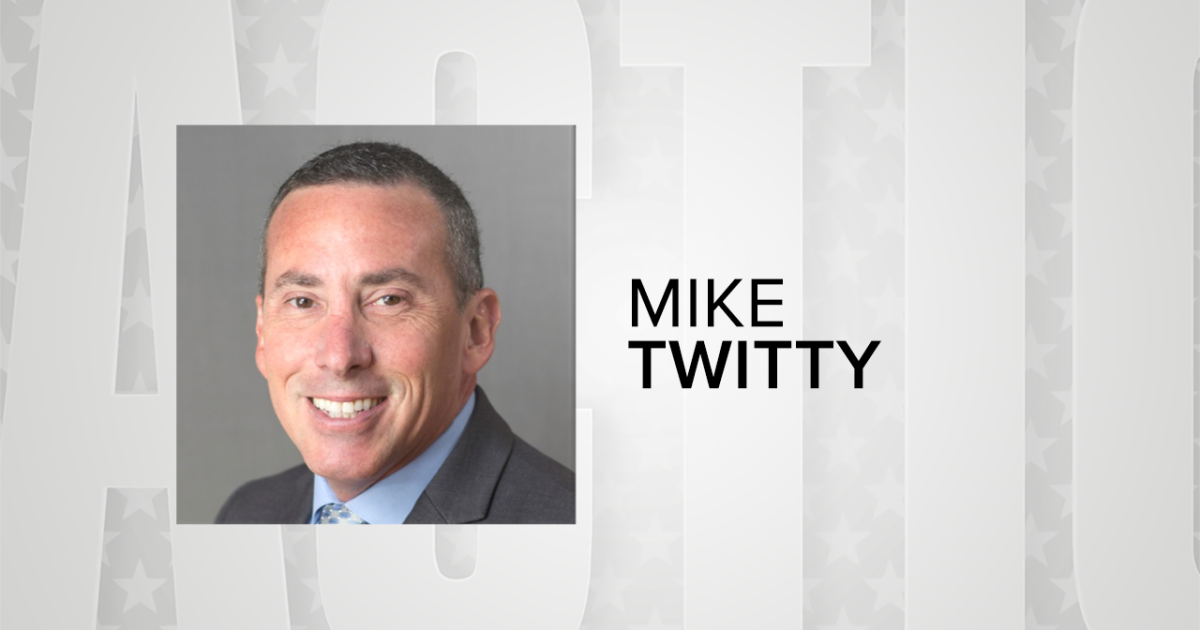