Click here to read the full article. A group of women in the entertainment industry who sued Harvey Weinstein over allegations of sexual harassment, sexual abuse and rape announced Tuesday evenng they have reached an $18.875 million settlement with Harvey Weinstein, The Weinstein Company Holdings and certain former officers, directors […]

A group of women in the entertainment industry who sued Harvey Weinstein over allegations of sexual harassment, sexual abuse and rape announced Tuesday evenng they have reached an $18.875 million settlement with Harvey Weinstein, The Weinstein Company Holdings and certain former officers, directors and employees of TWC.

Plaintiffs Louisette Geiss, Sarah Ann Thomas, Melissa Thompson, Melissa Sagemiller, Nannette May, Katherine Kendall, Caitlin Dulany, Larissa Gomes and a Jill Doe filed their motion for preliminary approval of the class action settlement today in the United States District Court for the Southern District of New York. If approved by the court, the settlement will create a victims’ fund allowing all women who were abused by Harvey Weinstein under certain circumstances to make claims for damages in a confidential and non-adversarial process.

Filed in November 2017, the class action lawsuit alleges that Harvey Weinstein was a serial sexual harasser and abuser, and the various companies with which he was affiliated, as well as certain respective current and former officers and directors, failed to stop or prevent his actions in violation of federal and state law.

Supporting the settlement is the New York State Office of the Attorney General, which sued Harvey Weinstein in February 2018 for creating a hostile work environment at TWC, and sued TWC for failing to stop the unwanted sexual conduct in violation of state and city human rights laws.

“This settlement is the culmination of several years of hard work by survivors who not only initiated the #MeToo movement around Weinstein, but also used their platforms to seek justice for all of those who were afraid to come forward for fear of retaliation in Hollywood,” said Elizabeth Fegan of FeganScott, one of the firms leading the case. “The plaintiffs’ use of the class action to negotiate a confidential process where all survivors can apply for meaningful relief was truly selfless and a victory for all women in Hollywood.”

The suit was filed in June of 2018. It cited the fallen producer, the The Weinstein Company, its board, co-founder Bob Weinstein, Miramax and the Walt Disney Company as responsible and complicit in the decades of misconduct by the now-disgraced Weinstein.

Attorneys Douglas Wigdor and Kevin Mintzer, who represent six other women pursuing separate legal action against Weinstein, said they were aghast at the the proposed settlement, calling it “a complete sellout of the Weinstein survivors.”

“While we do not begrudge any survivor who truly wants to participate in this deal, as we understand the proposed agreement, it is deeply unfair for many reasons. First, Harvey Weinstein accepts no responsibility for his actions.  Second, Harvey Weinstein isn’t paying any money toward the settlement despite now having been found guilty in Manhattan criminal court.  Third, the director defendants, who we allege had knowledge of Weinstein’s behavior, will be receiving millions of dollars to reimburse their defense costs.  Fourth, if this settlement were approved by the courts, survivors who do not wish to participate in the settlement but would prefer instead to hold Harvey Weinstein accountable, will be unable to pursue the multi-billion dollar insurance companies and the directors because they will receive legal releases.  And Fifth, the class action lawyers will be seeking millions of dollars in fees for an objectively unsuccessful result.  We are completely astounded that the Attorney General is taking a victory lap for this unfair and inequitable proposal, and on behalf of our clients, we will be vigorously objecting in court.”

But the attorneys invovled said absent the class action settlement, many women who were harassed or abused by Weinstein would be unlikely to recover any money.

They said the settlement’s two-tier claim structure allows class members to choose whether, and in how much detail, they want to share their stories:

The one-time mogul who launched the Me Too movement was charged by the New York DA in May of 2018 with rape, criminal sexual act, sexual abuse and sexual misconduct for incidents involving two separate women although six testified. He was tried last February in Manhattan Supreme Court found guilty of rape in the third degree and criminal sexual acts in the third degree — not the most serious of the charges — and sentenced 23 years in prison.

In late March, he tested positive for COVID-19 at the Wende Correctional Facility in Western New York.  He still faces felony sex charges in Los Angeles.

Wed Jul 1 , 2020
(Bloomberg) — China over the past decade built an alternate online reality where Google and Facebook barely exist. Now its own tech corporations, from Alibaba Group Holding Ltd. to Tencent Holdings Ltd., are getting a taste of what a shutout feels like. India’s unprecedented decision to ban 59 of China’s […] 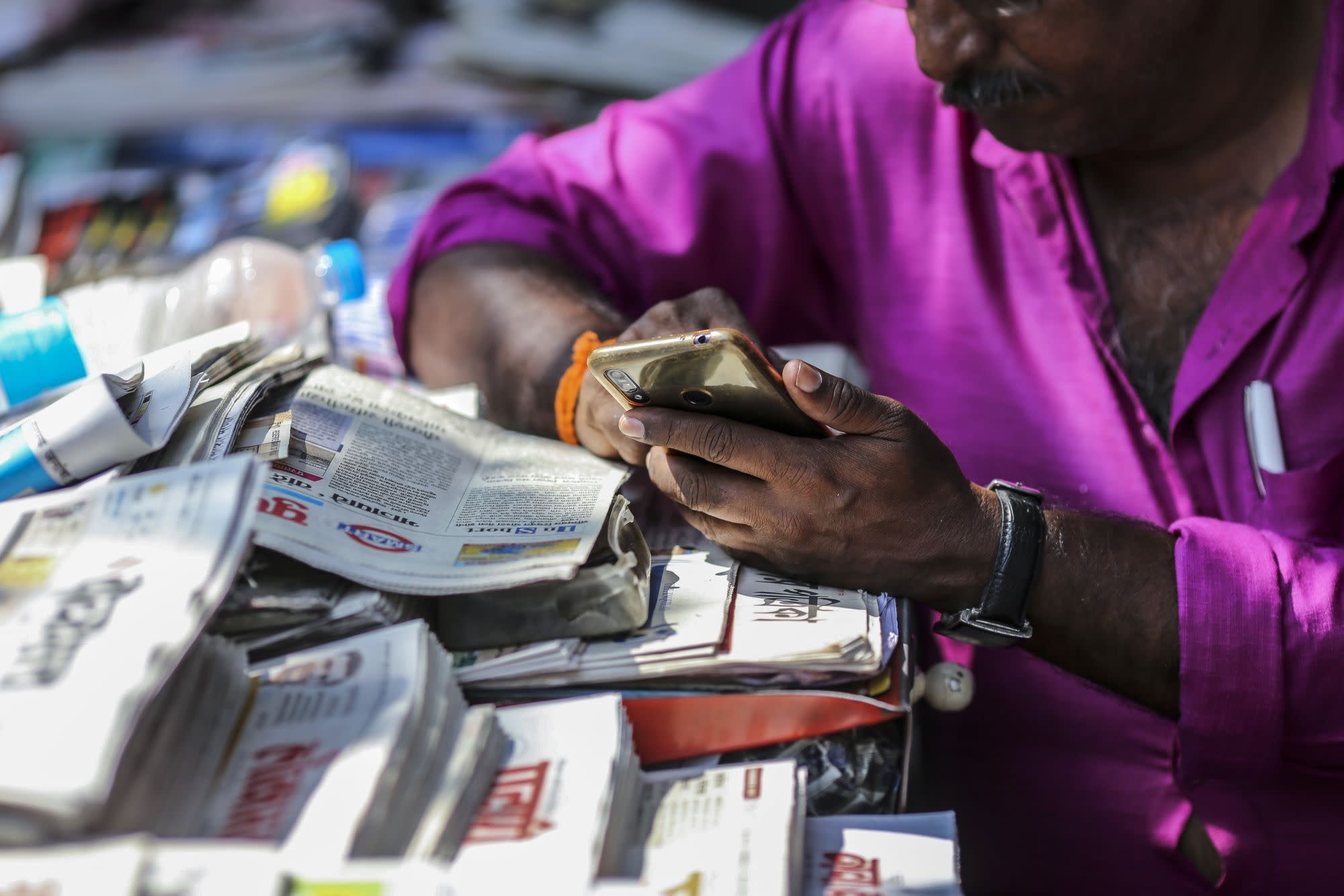