The Virgin Crown: appeared on a wall in Madrid on March 13, the day before Spain went into lockdown. Ernesto Muñiz While millions of people across Europe and beyond have been forced into lockdown during the COVID-19 pandemic, some artists have used their time in isolation to create work using […]

While millions of people across Europe and beyond have been forced into lockdown during the COVID-19 pandemic, some artists have used their time in isolation to create work using religious imagery as a way to tell the story of the crisis. On the streets of Madrid, graffiti artist Ernesto Muñiz reimagined the imagery related to the Immaculate Heart of Mary as a means of interpreting the current situation.

The Virgin’s heart becomes a rendering of the virus, the cause of the world’s suffering. The Virgin herself is wearing a gas mask, yet her sorrowful eyes, pose and garments are all instantly recognisable. This image of the Virgin seems to suggest that we should place our trust in science, wear our masks and the suffering will pass.

She is no longer the icon calling us to pray, but she is still asking us to have faith – this time in science.

This recourse to the image of the Virgin in particular should come as no surprise. To Catholics she is the perfect incarnation of suffering, hope and love. Western cultures have long turned to the image of the Virgin Mother for comfort or to express ideas about unconditional love. It’s why Beyoncé invoked her in the photos she released to mark the birth of her children, for instance.

During the 20th century, influenced by thinkers such as Marx, Nietzsche and Freud, the place of religion in society changed. People questioned its role and purpose. They also began to explore its diversity, as cultures changed and swapped ideas, helped by shifts in geopolitical power, the democratisation of education, and advances in technology. The period of crisis that culminated in two world wars and the detonation of an atomic bomb only hastened the search for new modes of spiritual belonging.

Art and spirituality in the hispanic world

We’re working on a project that looks at the way religion and spirituality more broadly has been used by women artists and writers across the Spanish-speaking world. Even if religious practice and belief has waned, the cultural potential for spiritual images that try to address the fundamental question of what purpose our lives might have is still very much evident.

Argentine artist Raquel Forner spent time in Europe and witnessed the second world war. In El Drama, a series of paintings she completed between 1939-47, Forner drew upon a tradition of religious imagery to help make sense of the horrors of war.

Her works drew comparisons to those of the Spanish religious painter El Greco thanks to the colours she uses as well as the ways in which she renders some of her figures in this particular series. Then, from 1957 until her death in 1988, she worked on paintings that questioned what it meant to be human, especially in light of our expansion into space.

Another artist that recognised the potential for modern transformations of spiritual feeling was the Mexican artist Remedios Varo. She believed that the ritualistic practices of planning and executing a painting offered the solace found by many other people through religious belief. Displaced by war, disconnected from her family and friends and unsure about the future, she began to weave a personal spiritual vision, based on a diverse set of teachings, from Jungian psychoanalysis to witchcraft and GI Gurdieff’s Fourth Way.

Painting became Varo’s method of exploring the transformative impact of the ideas she encountered. Art was not a substitute for religion as it was for many modernists – for Varo it became an alternative religious practice, freed from the restrictions of centralised, hierarchical institutions.

Build your own spirituality

To see how widespread such shifts in religious belief and practice have been in the 20th and 21st centuries, we need only remember Pope Benedict XVI’s discomfort with such spiritual freedom. In a speech to young German Catholics in 2005 he warned against “do-it-yourself” religion, sometimes referred to disparagingly as “cafeteria” Catholicism or “pick-n-mix” Christianity.

Benedict, of course, was reacting to the ways in which religious practice has changed over centuries as it crossed borders between places, peoples and disciplines, warning that: “If it is pushed too far, religion becomes almost a consumer product. People choose what they like, and some are even able to make a profit from it.” Both Forner and Varo understood the fluid symbolic potency of such religious evolution even in a more secular time.

During the current crisis, many people – like Muñiz, the graffiti artist from Madrid – still draw on religious and spiritual imagery to help us make sense of what is happening. Even within the institutions of religion, the aesthetics of worship have had to adapt to the current lockdown.

We’ve seen selfies take the place of the congregation in a church in Valencia and the image of Virgin del Pilar made available via webcam for worship by people who would usually attend the Basilica del Pilar in Zaragoza, north-eastern Spain.

The Guardian published an image of a group of Colombian women praying in masks before receiving food handouts at Amigos Misión Colombia in Bogotá, among a selection of images showing how Latin America was adapting to the crisis.

It seems that the coronavirus has prompted many people to turn again to a patchwork of religious and artistic practices – weaving them together to give shape to their fear, but also to their need to embrace a creative community-building exercise.

No matter how secular and rational modernity or post-modernity might sometimes seem, it appears that we still need to turn towards some form of spirituality and even traditional religious imagery to help us. We need it to try to make sense of the world around us, especially when our lives seem more precarious and at the mercy of an invisible and unstoppable virus.

Mon Jun 22 , 2020
The UK’s biggest household energy supplier, British Gas, will soon face competition from a new, cheaper supplier from its own stable. Parent Centrica has been trialling a digital-only “challenger” brand under the name British Gas X amid the highly competitive world of energy supply. The company has been shedding customers […] 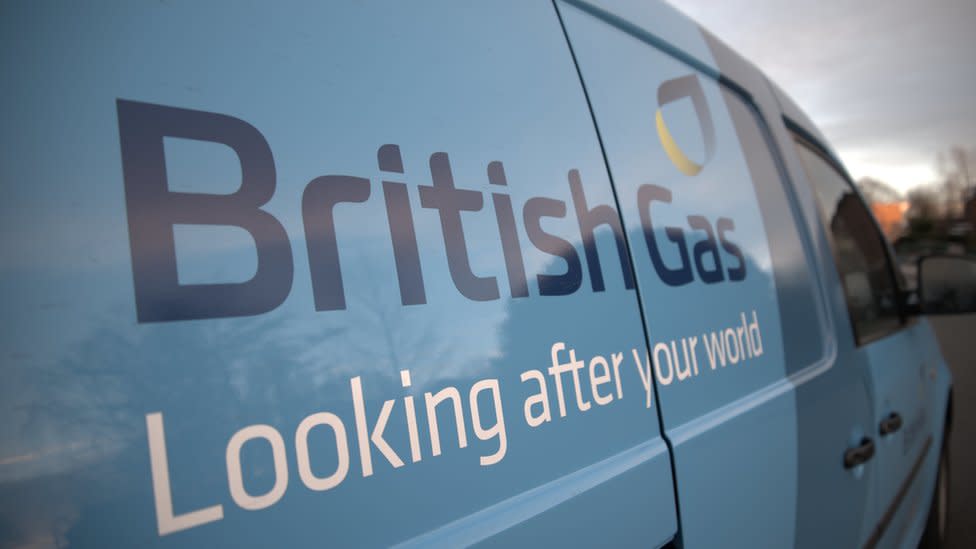