We didn’t know if there would be live sports this year. The coronavirus pandemic kept the world in limbo for months. It was shocking when the NCAA announced the cancellation of March Madness, which feels like a decade ago — and in its wake we’ve seen hundreds of events cancelled, […]

We didn’t know if there would be live sports this year. The coronavirus pandemic kept the world in limbo for months. It was shocking when the NCAA announced the cancellation of March Madness, which feels like a decade ago — and in its wake we’ve seen hundreds of events cancelled, altered or modified to try and make sports return as safely as possible, with mixed results.

Whether through simulated crowds or altered camera shots to direct attention away from the lack of fans, sports broadcasts are evolving during the crisis. Leagues are turning online to engage fans in real time as they look to make them feel closer to sport, even when they can’t be there in person.

The idea of fan involvement beyond cheers and waves may be new to traditional sports, but it’s a technique that has been honed and cultivated for over a decade in esports. Broadcasters are innately aware of their online audience, legions of fans are accustomed to chatting in real-time, and it’s all happening on a platform where the same people calling the action can see what those fans are saying. Involving the crowd in the action has become a critical part of the esports experience, and now traditional leagues are trying to mimic the experience for a new generation of consumers.

Jeff Eisenband began his career in traditional sports broadcasting, now he’s working with the NBA as a commentator for the NBA 2K League. He’s worked with crowds live and online, seeing the differences in both sides of broadcasting. He believes there’s going to be a greater shift into esports-style announcing in the future.

“Twitch is very Gen Z-centric,” Eisenband says, “I think that one thing you learn in media is that people react very highly to feeling like their voice is heard.” When Eisenband is calling a game in the 2K League he keeps an eye on Twitch chat during the event, because much is added to the experience by involving fans. “If there’s something interesting, or a fan made a good point, then I’m going to say something to make those fans feel like they’re being heard, that they’re being seen by the broadcasters.”

“You used to have two traditional broadcasters with a sideline reporter. They had no way to follow what the pulse of fans were talking about.”

That level of engagement hasn’t existed before, and for younger generations the feedback loop of feeling like they’re part of the broadcast is critical. It’s one of the reasons why, at a time where traditional TV viewership is in decline, Twitch continues to thrive. As of July the platform boasted 55 million active monthly viewers, as more and more people get their entertainment from individual content creators and online broadcasts rather than traditional media.

“You used to have two traditional broadcasters with a sideline reporter,” Eisenband says, “they had no way to follow what the pulse of fans were talking about.”

He believes the proliferation of Twitch will “keep traditional broadcasters on their toes,” forcing them to adapt to the new medium. Tearing down the wall between broadcast and viewer may be scary, but it’s also critical to how sports are received moving forward. With this comes a necessary evolution, should current broadcasters want to excel in the new landscape.

“[They] have to get snappier, and we’re seeing — whether it’s the NBA with specific ‘follow LeBron James’ broadcasts or anything like that, but we’re going to see microtargeted programming in traditional sports.”

This “microtargeting” may sound like a buzzword, but it’s really just a way to get fans the content they want, in the way they want. College Football has embraced this with its playoff format, offering fans a variety of different broadcasters to choose the announce team they want. In a lot of ways, it’s a throwback to days of silencing the TV and simulcasting announcing over the radio, with fans choosing to listen to their local announcers over national voices.

It makes the product feel more personal, which in turn is more engaging — and that includes leaning on Twitter to make everything more fun.

“Adam Silver has been saying with the NBA for the last three or four years that he envisions the Twitch product being what you see in regular traditional sports,” Eisenband says, “ On Monday Night Football they put in front of Steve Levy that Patrick Mahomes’ mom was saying “Don’t call my son Pat.” That’s a variation on a broadcast that engages with Twitch chat.”

The first step in making the transition needs to be having networks embrace the shifting nature of modern broadcasting, and train its talent in it. This doesn’t need to be a case of getting rid of the old guard, but rather better educating them on how to carry a crowd in new ways. Eisenband says that one of the major differences in dealing with an online game without a live crowd is adapting to not having thousands of people as a crutch.

“It’s the broadcaster’s job to carry that energy to the viewer at home, because you don’t have that chance to sit back and let the crowd tell the story with your reactions,” he says. For too long broadcasters have allowed a stadium audience to convey the emotion, but without fans in attendance the move has been to simulate crowd noise, rather than train announcers to engage in new ways.

Regardless what happens with traditional broadcast sports it’s clear that the online shift for viewers wont go away. More people than ever are electing to spend their money solely on streaming services, or by giving to individual content creators. The pandemic didn’t alter this trajectory, but perhaps opened the minds of those who were otherwise against the idea of watching sports online. NASCAR played around with the format at the beginning of the pandemic by announcing virtual simulated races, and while that level of integration between virtual and traditional sports, we will see a shift. Eisenband sees this coming too.

“When esports are on linear television now, people aren’t going to be as inclined to say ‘why would I watch that?’ they’re going to be like ‘this is part of the culture now.’”

The next move is on traditional sports to adapt. In the end, the forced adaptation caused by the Covid pandemic could be what saves traditional sports broadcasting. It’s better to evolve early and find new audiences than wait too long and try to find revenue when audiences have left. This isn’t a moment of peril, but an opportunity for salvation — assuming broadcasters are smart enough to see it.

Thu Oct 22 , 2020
TipRanks 2 “Strong Buy” Dividend Stocks Yielding at Least 9% Markets have shown two themes in recent weeks, a combination of uncertainty and an upward trend. Day to day, it’s impossible to predict just what will happen, but the larger scale movement has been upwards. Looking ahead, all we know […] 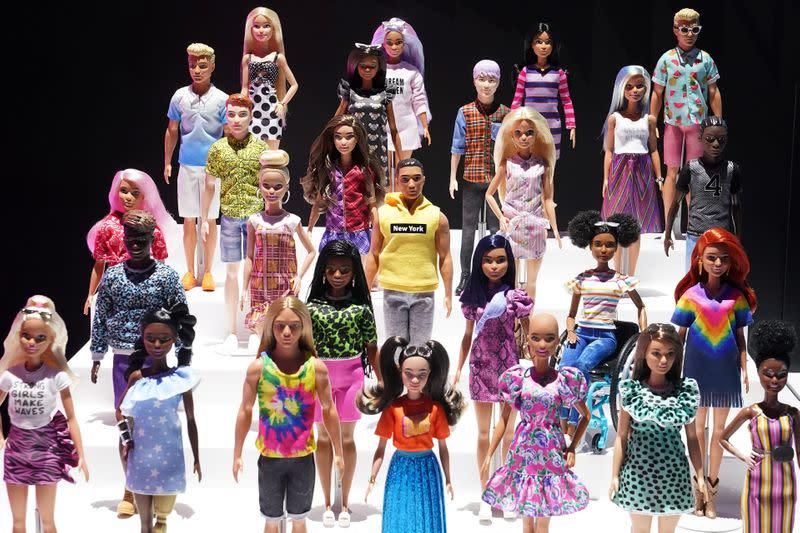