Myles David In his everyday life, Myles David is a 20-year-old from Bentonville, Arkansas, with a regular job working for Red Bull and a degree to chase at the US University of Tulsa in the neighbouring state of Oklahoma.  But online, he is someone else entirely. “I am the leader […]

In his everyday life, Myles David is a 20-year-old from Bentonville, Arkansas, with a regular job working for Red Bull and a degree to chase at the US University of Tulsa in the neighbouring state of Oklahoma.

But online, he is someone else entirely. “I am the leader of the Babbages on TikTok,” he says proudly. Having first joined the Chinese-owned social media app last year, David had no plans except to make light-hearted content for his own pleasure.

As a child, he would shoot homemade videos to post on YouTube, learning to become comfortable in front of the camera for a small number of viewers.

But in the space of just a year, he has become the leader of an online cult on TikTok, attracting a following of 217,000 users who rally behind what they see as a new type of social media influencer.

He’s not alone. TikTok ‘cults’ based around a personality have grown dramatically during lockdown, highlighting a need for young people to feel part of a group online while physically isolated.

David says the first hint of a potential rise in fame came after he posted a video in June 2019 of a impersonation of a character called Naruto from a Japanese animation about ninjas.

It racked up 103,000 views at a time when he had a handful of followers. “I was like ‘oh my goodness’,” he says. “That’s when I realised that on TikTok, it’s not about being the trendiest person.”

The app, first launched in the US in 2018, is indeed not about being trendy. It is short clips of dance skits and lip-synced comedy sketches that rack up millions of views, not filtered portrayals of people’s lifestyles or the aggressive shoveling of opinions on others.

It’s why for David, his emergent identity as the leader of a cult was always going to be of a similar vein to the app’s underlying ethos of being fun and basking in fandom, rather than building a following around any particular creepy ideology or image.

A few more videos quickly followed that picked up similar traction and boosted David’s following, a development he put down to the mechanisms that make TikTok different to other social media networks; opening the app on a smartphone immediately throws users into a stream of videos that play automatically and gain significant reach.

David’s videos involve the type of goofy fun that any 20-year-old likes to engage with. Sometimes, he’s sitting in a car recording a comedy sketch paired to a song. At other times, he offers his own interpretations of memes and videos he has seen on the internet. Sometimes, he simply offers a comedic take on some small incident in his day.

With millions of young people stuck at home since the start of the pandemic, David witnessed an interesting phenomenon on TikTok just as his following picked up that tapped into his competitive spirit.

Melissa Ong, a 27-year-old user who goes by “chunkysdead”, had started to get her more than 1m followers to change their profile pictures to an image of her face to form a cult known as the Step Chickens – a name whose origin comes from a video of Ong wearing a chicken costume.

And so David’s cult was born. A picture of his face filtered in red became the symbol of the cult to oppose the Step Chickens’ symbol of Ong’s face in a blue filter. At any one time, David says, there were upwards of 40,000 people carrying a picture of him as their own profile picture.

The Babbages name itself came from a song called “Addison Rae” by an Australian rapper known as The Kid Laroi, whose mumbling of some repeated lyrics saying “bad b******”  throughout the song had sounded like “babbages”, something David found much amusement in and highlighted in one of his videos. The name was decided on by vote.

At first, David and the other TikTok cult leaders weren’t sure what a “cult war” might look like on an app used to post short, goofy clips. But soon enough, it materialised into a battle to see who could climb the ladder of what David describes as “TikTok hegemony”.

In practice, that meant getting more followers, more influence. And the surefire way to do that on the app is to dominate the “For You” page, a carefully curated stream of videos anchored by algorithms that recommend videos to users based on their viewing history.

Until last month, very little was known about the mechanisms behind TikTok’s recommendation tool, so for David, who was up against the Step Chickens cult with a following already topping 1m, the stakes had to be raised. “I was like, they’re already way ahead of us. We’ve got to do something else.”

One tactic he used to drive users to his cult was what he termed the “proprietary raid technique”. When other popular TikTok users would go on a livestream, the plan was to get members of the Babbages to disrupt the comments section of a live video with a battle cry calling on commenters tuning in to join them.

Crude? Maybe. Effective? Absolutely. Seeing TikTok as the “social media manifestation of mob culture” has meant David has been able to get the attention of people he otherwise wouldn’t have without a dedicated following of “minions”.

“I’d say ‘everyone needs to go on their livestream’ and start spamming their comments with ‘join the Babbages, Babbages is the best cult’,” he says, explaining how a user now with 900,000 followers agreed to join his cult after one such raid mission. “Their comments section was just flooded, it was really funny because we felt we could take on anyone.”

Since amassing a cult following, the experience of leading a legion of hundreds of thousands of followers has been a surreal experience for David.

One recent video involved David posting his online Venmo payments account, a trend that many young social media influencers had previously done as a joke to see if anyone would send them money to buy an item of their choosing.

In David’s case, it was the breakdown of his car that led him to post a video online showcasing his dream car (a BMW 335i) and a link to his online payments account.

“I put my Venmo up as a joke and then I was sitting down playing GTA or something, and I saw somebody had sent me $1. I was like, ‘somebody actually sent me a $1!” he says. “I’m not begging for money I just thought here’s a funny trend I want to participate in.”

After posting another video to acknowledge what he felt was a completely absurd moment – that a stranger on the internet would send him money – things became more absurd still. An influx of followers had willingly opted to send him even more money.

At first, it was $1 from a few users. Then $5 came from a few more. One follower even sent $100, insisting that he keep it to save for his new car despite wanting to return the money. David has since raised roughly $1000 from his cult followers, with his Nigerian immigrant father offering to pay for the rest of the car.

David admits he didn’t know what to make of it all at the time, and that he should maybe delete his details so people could no longer send him money, but found resolve knowing that he could donate any excess money to a charity chosen by his followers. The car has successfully been bought.

In the wake of George Floyd’s death in Minneapolis, David and most of his followers have since switched their profile pictures to a symbol of solidarity with protestors calling for justice for black lives and police reform.

He is conscious too that his popularity has grown at a time when millions of young people have been stuck at home at a time when the world around them has been disrupted by forces that can feel well beyond their control.

As the leader of his cult, then, the pressures of a pandemic and ongoing social and political issues have meant some of his followers have started to call him “dad”, or “father of the Babbages” – as someone who can keep them sane while the world feels chaotic.

Naturally, as a 20-year-old now mostly stuck shooting videos from his room most days, David has felt the isolation many have experienced in recent months. But having his cult has become something more than a tool for popularity contests online.

They’re a very big support system for each other and for me, I just really never expected that when I was doing any of this,” he says. “Cult wars ended up bubbling down to be little families.”

16 Genius Things Mark Cuban Says To Do With Your Money

Mon Jul 6 , 2020
You might have heard this billionaire’s name, but who is Mark Cuban and how did he make his money? It’s possible you know him as one of the sharks on the hit show “Shark Tank,” but Cuban is more than just a TV personality — he’s also the owner of […] 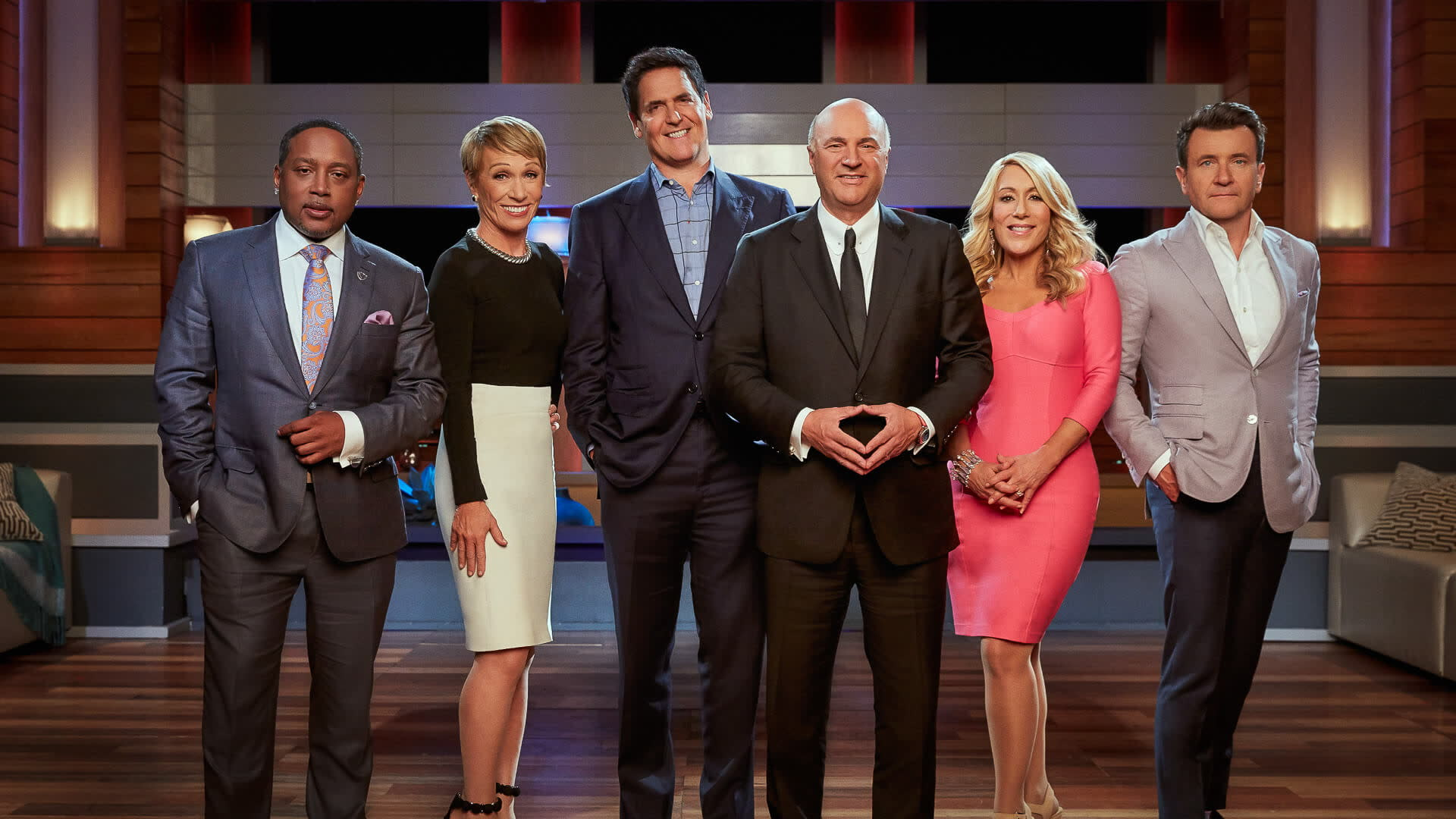