As the global film industry grapples with new forms of online distribution brought about by COVID-19, iQIYI has emerged as China’s frontrunner in the emerging premium video-on-demand (PVOD) sector. The streamer launched a version of its PVOD service last year, but it only started to really take off in 2020 […]

As the global film industry grapples with new forms of online distribution brought about by COVID-19, iQIYI has emerged as China’s frontrunner in the emerging premium video-on-demand (PVOD) sector.

The streamer launched a version of its PVOD service last year, but it only started to really take off in 2020 due to the coronavirus. With audiences shut in at home, thirsty for new content, and production firms looking for ways to make money back on indefinitely shelved theatrical titles, a premiere on iQIYI — with its 606 million monthly active users as of February — emerged as an increasingly attractive option while cinemas were shut.

“In China, the coronavirus has catalyzed the development of new distribution models in which internet platforms are now directly distributing films themselves,” Yang Xianghua, iQIYI’s president of membership and overseas business told Variety. “The pandemic will have a long-term impact on many entertainment habits.”

PVOD, in other words, is here to stay.

The first notable Chinese film to toss its theatrical plans and shift to an online-only release was helmer Xu Zheng’s Chinese new year comedy “Lost in Russia” back in January. Huanxi Media’s decision to abandon cinemas and stream the title for free on Bytedance’s video platforms was so controversial that studios and exhibitors banded together to issue a rare joint letter of complaint, saying that the move would destroy China’s current industry model.

The second film to jump the theatrical ship due to COVID-19 was the Donnie Yen-starring comedy “Enter the Fat Dragon,” which chose to stream with iQIYI from Feb. 1. Since then, iQIYI has released four more: boxing film “Knockout,” local arthouse title “Spring Tide,” Netflix’s Oscar-winning “Marriage Story,” and most recently, the VFX-heavy Chinese actioner “Double World,” which went online July 24.

Content released on iQIYI’s PVOD has a “first release window” during which members and non-members alike must pay an additional fee to view the standalone, more premium title. After that period, the film becomes available to all paying subscribers to watch for free.

During this first window, iQIYI splits profits with firms via a minimum guarantee and revenue share model. Subsequently, iQIYI pays out its usual licensing fee for the rights for a given length of time.

Though Yang says iQIYI was heartened by the profitability of “Trolls: World Tour,” similar success in China may take time.

American audiences are more accustomed to the act of paying for individual films online — and are able to pay higher prices due to greater purchasing power. Chinese viewers, meanwhile, are used to only paying very low fees for memberships to streaming sites that provide access to entire catalogues.

“Paying for a single title still hasn’t become a habit. Most users simply aren’t familiar with this sort of purchasing behavior,” says Yang. Coronavirus has “improved user acceptance of all kinds of online viewing” in China, he explains, but “exactly how much users are willing to pay for content on these platforms is still an unknown.”

iQIYI has been “continuously experimenting” with its PVOD pricing, release window lengths, and promotional methods, trying to determine what combinations work best for what type of content.

In terms of marketing, it has tested out cheaper pre-sales, discounts on bundles of tickets, nabbing low-priced tickets via game-ified virtual events and livestreams, and other uniquely internet-based methods. These sorts of “very online” methods work well in China, where a large portion of users are watching films on their phones.

“You can’t say we have a very clear and defined business model yet, but we are in a process of trying things out and making adjustments,” says Yang. “China’s PVOD will develop more slowly than in the U.S. – it will take more time and patience.”

iQIYI takes pains to frame its move into PVOD as a space for collaboration — a way of complementing theatrical and maximizing a film’s overall earnings, rather than directly butting heads with exhibitors. The goal is a “flexible” distribution model in which studios can set their own ticket prices on the platform.

Still, getting all partners on board “will take a process of communication and some work to patiently convince” people, Yang admits. But unprecedented circumstances call for unexpected measures.

“The pandemic isn’t going away in the near term, like SARS in 2013, which ended,” he said. “We have to find a way for the film industry as a whole to keep working, which requires us to work together to find a solution.”

“Double World,” a $43 million budgeted adaptation of an online video game made up of 80% special effects shots, is one of more expensive films to debut via iQIYI’s PVOD service. It released on the platform and Netflix the same week that Chinese cinemas finally reopened, priced in China at RMB24 ($3.47) for general viewers and half that for iQIYI members. The average cost of a Chinese cinema ticket is around RMB30 ($4.33).

“Of course we grappled at first with this [decision to release on PVOD], because this was a film that was intended to screen in theaters. It took a bit of work to convince the investors, director and actors. But in the end everyone can understand,” said Wong Hoi Fung, CEO of the film’s production firm, Film Co., Ltd. “We feel that premiering online will definitely become a new trend in distribution, and wanted to be an early example. There’s always got to be someone who takes the first step.”

This is particularly true in China, he says, where competition to get a movie into theaters is typically even fiercer than in the U.S., leaving many looking for other distribution avenues.

Starting from next year, his company plans to create two to three films a year specifically to distribute via iQIYI’s PVOD channel. Flashy, commercial content tends to work better for the service than artistic or intellectual films, he surmises, saying: “Many will be watching on a small screen, so you need to make content that can more easily catch people’s attention.” 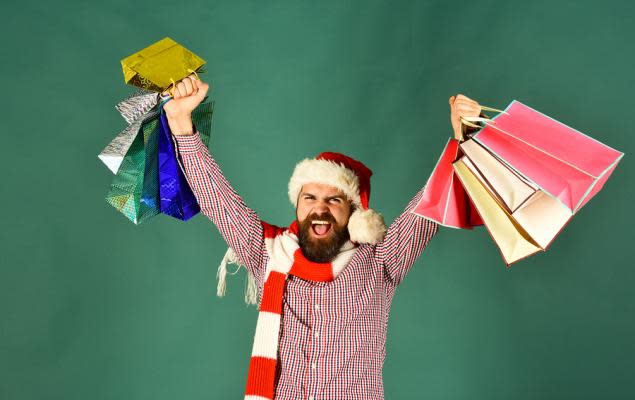