As more people start to return to their workplaces, many employers are introducing new ways to check up on their staff, from thermal scanners to wristbands. For workers at any of Ford’s sites worldwide, there are two new steps to the morning routine. First, answer three health questions, on your […]

As more people start to return to their workplaces, many employers are introducing new ways to check up on their staff, from thermal scanners to wristbands.

For workers at any of Ford’s sites worldwide, there are two new steps to the morning routine. First, answer three health questions, on your mobile phone, confirming you aren’t a risk to your co-workers. Then, get scanned at the entrance to your workplace to check you aren’t running a temperature.

It’s not just Ford, these measures are now typical for many firms as employees return. Amazon, Walmart and dozens of others – including the BBC – have introduced thermal scanners. The move is broadly welcomed by workforces, as keen as their bosses to ensure the virus is contained.

“We’ve not had anyone say no,” says Ford’s John Gardiner. “Knowing the risks, people understand we’re doing as much as we can to protect their health and safety.”

But thermal scanning is just the tip of the iceberg when it comes to new intrusions on workers’ privacy that would have been hard to imagine just a few months ago.

While governments wrestle with data protection issues around app-based track-and-trace, many firms are planning their own schemes.

Accounting giant PwC has developed an app called Check-In, which is being tested in its Shanghai office. Employees’ mobiles register if they come into close proximity to co-workers. If someone tests positive for Covid-19, recent close contacts can be informed and asked to isolate. PwC expects to be able to market this to other employers.

By contrast, start-ups including Locix, Microshare in the US, and Europe’s Rombit, Estimote and Kinexon are among the many offering track-and-trace systems that don’t need smartphones, but use wristbands and lanyards to monitor your physical location.

Companies preferring video surveillance can turn to firms like Glimpse Analytics and Smartvid.io, which have adapted their artificial intelligence to see if workers are keeping their distance and even if they’re wearing face masks.

A few firms test their staff for the virus itself. Although it is an expensive approach, some offshore oil rigs, mines, and other confined worksites see this as the safest approach. Amazon has even said it’s building its own testing facility.

“If your employer is acting properly, in good faith, I don’t think we should be too worried,” she says. What it shouldn’t be is a “smash and grab” to get as much information on your employees as possible.

Much is still unchartered territory. For example, bosses might be tempted to use questionnaires to ask about who their workers live with, and what they do outside work, to identify any additional risks. But that is likely to be considered a step too far, says Ms Elliott.

While employees in theory aren’t obliged to answer questions about their private lives, or agree to temperature or any other checks, given the “imbalance of power” it isn’t always easy to say no, especially at a time of high job insecurity, she adds. And firms can make complying with monitoring a condition of entering a building.

At Ford’s plant in Plymouth, Michigan, volunteers recently tried out wristbands that buzz to alert them if they come closer than the mandated social distance, and inform supervisors if there are clusters of workers.

Wearing a wristband strikes many as Orwellian, enabling constant monitoring of a worker’s whereabouts and Ford chose not to pursue that system, opting instead to give workers more protective equipment. But others find the idea appealing.

Rombit, which originally developed wearable sensors for use at ports, says it has had more than 400 enquiries about an updated version to monitor social distancing.

An electronics manufacturer in northern France has been using wristbands, issued by US firm Microshare, for the past month. They have identified three cases of the virus in that time, allowing them to send home anyone deemed at risk. UK hospitals, military facilities and prisons are piloting the same system.

Microshare’s Mike Moran says this represents less of a privacy risk than a phone app.

“Employees wear a badge or wristband with a Bluetooth beacon that just says ‘I’m here’ and it can detect another beacon within a certain number of feet,” he says. “It creates a tracking ability that doesn’t touch their personal data.”

Like Rombit’s, Microshare’s system is anonymous unless someone tests positive for Covid-19.

“Everything we’ve done is designed not to open a gateway into your personal habits, your Facebook feeds,” says Mr Moran. By picking up a lanyard or wristband, the worker is giving implicit consent to being tracked, he suggests, until the end of the shift when the device is returned and they leave knowing they are no longer being tracked.

While firms like Microshare aim to protect privacy, the truth is, we may have to accept some level of incursion, says Mr Moran, as we accepted enhanced security measures following the 9/11 terrorist attacks, as a trade-off that is necessary to protect us.

For many workers their current concern is making sure their boss is doing enough to protect them, rather than complaining they’ve gone too far. But at some point the focus will need to expand, say privacy experts, to ensure workers’ rights are not being compromised.

“I’m not a privacy absolutist,” says Ifeoma Ajunwa, assistant employment law professor at Cornell University in the US. “But we shouldn’t allow pandemics to become pretexts.”

The months of working from home has prompted a surge in firms buying software to monitor our productivity remotely, she says. These tools can track key strokes made on a laptop, activate webcams and take screenshots.

This was already a rapidly growing sector pre-coronavirus, but Prof Ajunwa says there has been a tendency to “jump on the bandwagon” during lockdown, prompting concerns that bosses are micro-managing workers’ time, increasing stress, and potentially infringing privacy.

For example, an online video link can be a window into your home life, your sexual orientation, religion, your family, whether you have children and your economic circumstances. All of these potentially can result in discrimination, says Prof Ajunwa.

Clearly there are necessary concessions during a public health emergency, but Prof Ajunwa believes we need greater debate around these policies.

“The worry is not necessarily that [firms] are trying to enforce social distancing that is necessary. The worry is there are no actual rules as to what happens to the data.

“Can they sell it to health insurance companies? To data brokers? Or to banks or auto insurers who can deny you insurance or raise your rates? It’s just a free-for-all in terms of the data.”

Taking workers’ temperatures doesn’t worry her as much as the plans by some firms to introduce widespread testing. A company that has a sample of staff DNA could run genetic tests too, she suggests.

If it turns out you are genetically more susceptible to Covid-19, or other diseases, that is information you may not want to share with your boss.

“I’m not saying employers can’t take steps to curb the pandemic. It’s that there are no safeguards for those steps not being detrimental to the workers.”

Tue Jun 30 , 2020
James LeBrecht is clearly not a big fan of President Donald Trump. The veteran sound designer, disability-rights activist and Crip Camp: A Disability Revolution co-director explains that when the Affordable Care Act passed in 2010, it was the first time he was guaranteed health insurance. Under Trump, those benefits are […] 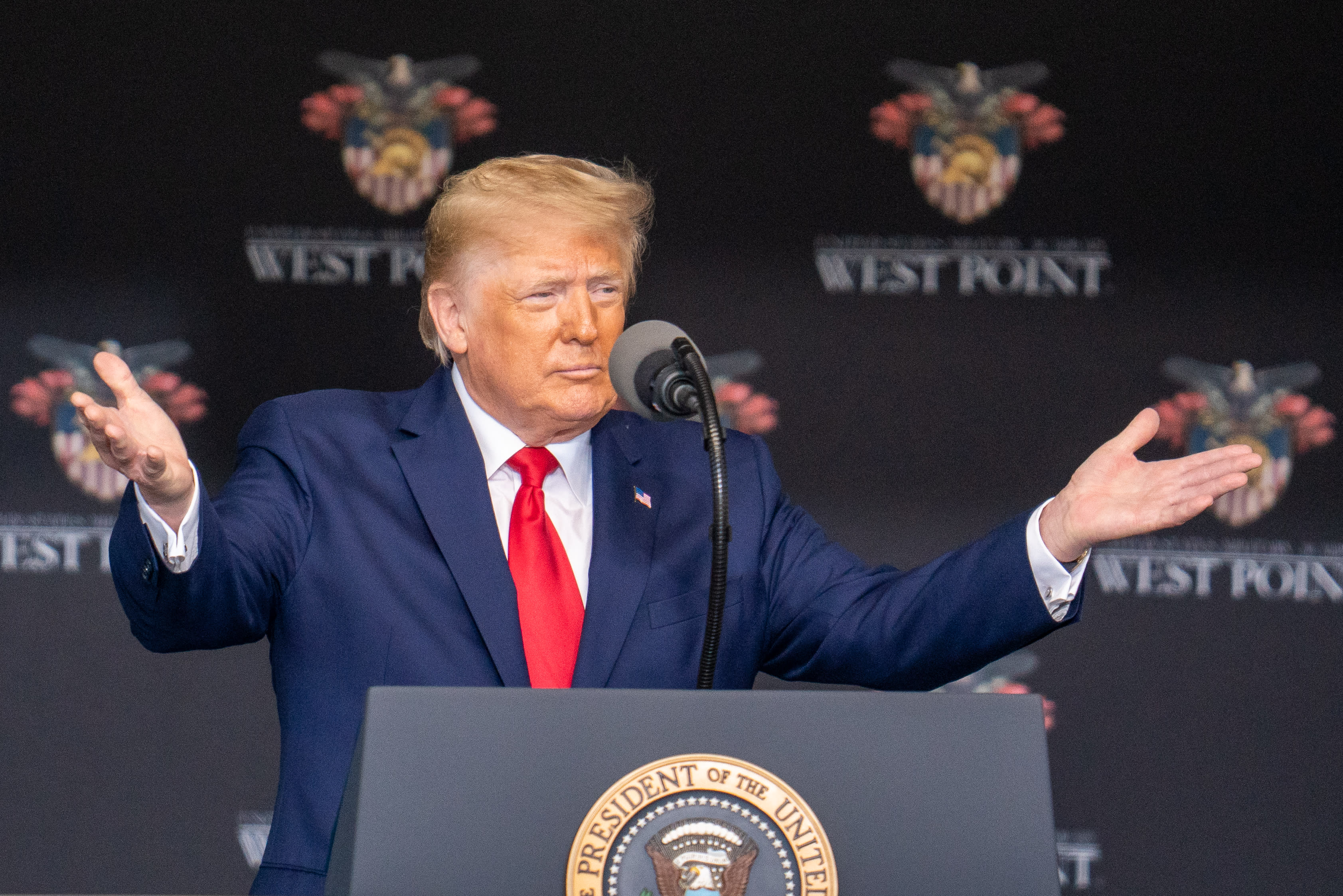