Magic pro Marco Cammilluzzi. All images provided by Marco Cammilluzzi This article originally appeared on VICE Italy. When I was 11, I started playing Magic: The Gathering (MTG), otherwise known as the world’s most famous collectible card game. Released in 1993, MTG – or “Magic” – is played in person or online […]

When I was 11, I started playing Magic: The Gathering (MTG), otherwise known as the world’s most famous collectible card game. Released in 1993, MTG – or “Magic” – is played in person or online by two or more people. Players assume the role of a wizard, and win by draining their opponent’s 20 life-points through their cards, which represent creatures, spells and artefacts. I loved the game to the point of obsession.

But then I went to high school, where it was considered nerdy. In an effort to impress girls, I stopped playing. Looking back, that was a huge mistake. If I’d kept going, I might have travelled the world as a professional Magic player. Because yes, that is an option.

The game generates massive profits for the toys and games manufacturer Hasbro – owner of Wizards of The Coast, the company that created Magic. In fact, the game has been credited as one of Hasbro’s major cash cows in recent years. By 2021, the number of users registered on the Magic Arena online platform is expected to rise to 11 million, with a mobile version set to be released by the end of 2020. And that’s not counting those who play with physical cards.

To find out what I missed out on by bowing out so young, I wanted to speak to a real Magic pro. Marco Cammilluzzi has certainly tasted the highs of a successful MTG career, being part of the Italian team that won the World Magic Cup in 2015. We chatted about his path to the pro tour, the money at stake and why Magic is about much more than cash.

VICE: When did you start playing Magic, and when did you realise it could become a job?
Marco Cammilluzzi: I started when I was 17. I used to play basketball at a competitive level, but I hurt my shoulder and couldn’t play for a year. So I got into Magic. Like all players who then move on to the professional level, I went through all the motions of the small tournaments and climbed the ranks. Around the age of 22, I realised that, if I really put the work in, I could achieve results. And win money.

How does the Magic professional circuit work?
It’s complicated, because recently things changed completely. Wizards [of the Coast] set up a Magic Pro League (MPL), with 32 players selected based on rankings. Andrea Mengucci, who won the World Magic Cup with me in 2015, is in it. These players earn a real salary from the company [€67,000 (£60,000) per year in 2018], and automatically qualify for every tournament. All other players have to go through the qualifier rounds, perhaps getting a sponsor to cover their expenses. Then, based on where you place, there’s the prize pool.

How many types of tournaments are there?
Several different types – it’s a bit like tennis. There’s a difference between live events and e-Sport events. Live events include the big tournaments, with prize pools in the range of €180,000 (£161,000) to €220,000 (£179,000), then there are mid-range tournaments and also several local tournaments. For online events, the prize pools can be a lot higher.

The more events you take part in, the more you win, and the more money you make. For a good player, we’re talking hundreds of thousands of euros a year.

What about players not in the MPL? Could they make enough money just playing Magic?
I work as a business analyst and I’m a Magic professional. If I wanted, I could live off the game, but I don’t really like talking about the money – that’s not what I like about this world. You can have a lot of fun.

How has COVID affected the game?
Unfortunately, it’s put a halt to the whole live circuit – all live events have been suspended. It’s accelerated the transition from live games to online games: all major events are now hosted on the MTG ARENA platform, to ensure consistency.

Obviously this allows you to continue playing, but it removes some “magic” from the game, because the travelling has always been a fundamental part of the experience. I’m still playing online and waiting to get back to live play.

Is it an expensive game for beginners? I’ve heard the best cards cost a lot.
Magic does come with a cost, yes, but I wouldn’t think of it like that. I know a lot of players who don’t have a lot of money and are successful. When you play, you become a part of a community, and often players lend each other cards. But in order to have a competitive deck, you’re looking at spending around €200 (£178) to €300 (£268).

But certain cards are really expensive, right? Recently a Black Lotus sold for €150,000 (£134,000).
There’s an explanation for that. Magic was divided into formats: there are people who only use card expansions that were released in the last two years – the Standard – and others, who will basically use any Magic card ever issued.

The cards that cost thousands of euros are usually the older ones, from early expansions. But the most important tournaments are played with Standard cards, so paradoxically, in the professional circuit, you actually use the cheaper cards. The Open Beta release of Magic Arena – the game’s online version – in September of 2018 has made playing a lot cheaper.

How often and how do you train?
I try to play at least three or four hours a day, five days a week. I play online to hone my technique, and then pre-COVID I would play with my local Rome community to try out new strategies.

How can you tell when someone is a great Magic player?
There are two types of players: those with a natural gift and those who are good at improving. The game isn’t only about how you build your deck, it’s also about the way you play the game. Magic is a game of reading and reaction, where the one who commits the fewest mistakes will win.

What do people say when you tell them you make money by playing Magic?
People used to be surprised, almost shocked. Now, things are changing: thanks to e-Sports in general, the idea of a nerd has changed radically. And it’s not just the money that surprises people. We get to travel the world and meet so many people.

I’ve travelled all around Europe, to the States, Japan, Malaysia and Puerto Rico. I played in Hawaii, the most incredible place I’ve ever seen. Who knows if I ever would have been there had it not been for Magic.

Thu Nov 19 , 2020
TipRanks Analysts Say These 3 Stocks Are Their Top Picks for 2021 The year is winding down, and it’s time for Wall Street’s analysts to start flagging their top picks for the coming year. It’s a time-honored tradition, in most walks of life, to take a sometimes tongue-in-cheek look at […] 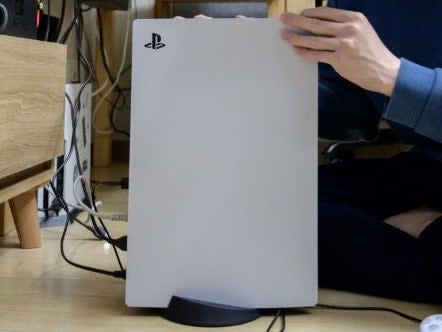