A priest (C) officiates final rites during burial of coffins bearing the remains of Nguyen Van Hung (L) and Hoang Van Tiep (R) at a cemetery in Dien Chau district, Nghe An province on November 28, 2019. Photo: Nhac NGUYEN / AFP Exactly one year ago on October 23, 2019, the […]

Exactly one year ago on October 23, 2019, the bodies of 39 Vietnamese men, women and teenagers were found piled atop one another in a container truck at an industrial park in Essex in southeast England. Ranging in age from 15 to 44, they had left Vietnam – mostly two north-central provinces, Ha Tinh and Nghe An – believing they could get work in the United Kingdom, where under-the-radar jobs are commonly found at nail salons, cannabis farms and car washes.

Four men are now on trial in the UK for conspiracy to assist unlawful migration, manslaughter, and other charges for their role in the tragedy. Details of the horrifying final moments for the Vietnamese, who suffocated in the overheated container, have been revealed, including desperate voicemails and text messages and an effort to smash the doors open. In Vietnam, a court sentenced four people involved in the incident to jail terms ranging from two and a half years to six and a half years for “organising and brokering illegal emigration.”

The “UK lorry deaths” case, as it has come to be known, made headlines all over the world, prompting passionate calls for changes to strict European migration policies, particularly at the UK border, and the murky, international networks that allowed dozens of people looking for jobs to die in a truck.

But a year later, and with COVID-19 still dominating the globe, demand for migration remains, while the price for these risky journeys has skyrocketed. Smuggling rings are waiting for Vietnam to reopen its international borders, and the underlying dynamics of this issue have barely changed.

“After Essex, the cost of these trips went up, and it went up by stages,” consultant Mimi Vu, an independent anti-trafficking expert based in Ho Chi Minh City, told VICE News. Currently, just crossing the English Channel from Calais, the nearest French port to the British coast, now costs up to $30,000, whereas prior to Essex, the entire journey from Vietnam cost that much.

Vu has also examined online Vietnamese-language advertisements related to the trade, where the messaging can be slightly misleading.

“The marketing on social media from smuggling networks afterwards was that those people died because they used shady, unreliable services, and they tried to go cheaply. But this is all marketing because no matter what, you still have to go through the same camps in northern France.”

“The prices follow market forces,” she added. “There are all these Vietnamese people stuck in Europe and they can’t go back to Vietnam because they have this huge debt and international flights are suspended, so they have no choice but to plow ahead.”

Meanwhile, migration brokers and networks are actively advertising in Vietnam in preparation for when pandemic restrictions ease and international transit becomes more feasible. At times, these advertisements take advantage of the existence of real, legal initiatives, such as Poland recruiting laborers from Vietnam, and make extravagant, unrealistic promises.

“What these brokers are offering is crazy,” Vu said. “For example, guaranteed monthly salaries of up to $4,700, everything from health insurance to room and board to holiday pay, and the kicker is that in six months you can bring your family over. Once flights start, we’ll see people get going again, even if it’s through Singapore or another ASEAN country because Vietnamese don’t need a visa to get there.”

Some of this advertising is done in the open. A public Facebook group with 9,300 members called Xuất Khẩu Lao Động Châu Âu, or European Labor Export, features posts on job recruitment in Hungary and Romania, ads for EU visa services, and requests for help getting to Europe or other parts of the world.

Those interested simply ask about the services. On Oct. 11, one person commented that they want to work in Poland or Canada, and asked if anyone wants to join them. Another post advertises study abroad programs in Malta, emphasizing that students can freely travel throughout the EU from there and find illegal work.

Vu said that in other groups, people from provinces in central Vietnam currently experiencing the worst flooding in recent memory, including Nghe An and Ha Tinh, are starting to ask for ways out to “safe” countries.

While this shows that demand for illegal migration remains, Vu notes that Vietnam’s thus far successful handling of the pandemic, and attendant economic growth, may convince more people to stay.

“An X factor is all the things that Vietnam has going for it,” she said. “We’re one of the safest countries in the world health-wise right now, and Vietnamese are so scared of getting sick, plus there is the attitude of westerners not wanting to wear masks.”

But the tragedy of Essex looms over ongoing movement, and adjustments are being made.

Nadia Sebtaoui, a trafficking expert focused on Vietnamese migrants in northern France, said that smugglers have shifted away from moving people in shipping containers in order to avoid a similar tragedy to Essex that would hurt their bottom line.

“They started to be more careful and used normal cars with just two or three people instead of 15 or more, or they would put one or two people in a truck cabin with the driver,” she said.

Given the illegal nature of these smuggling operations, it is difficult to determine just how many Vietnamese have been moving through Europe this year, but Sebtaoui said there was a dramatic drop-off in northern France following the Essex tragedy a year ago.

“My colleagues working at detention centres along the English Channel only saw two Vietnamese arrested by police the following month, while most months had around 10, so we knew there were fewer attempts to cross and people were waiting for attention to fade,” she said.

Britain’s Prime Minister Boris Johnson (L) stands with with Chief Constable of Essex Police, Ben-Julian Harrington (2L), and Britain’s Home Secretary Priti Patel (C) after they laid flowers, during a visit to Thurrock Council Offices in Thurrock, east of London on October 28, 2019, following the October 23, 2019, discovery of 39 bodies concealed in a lorry. The victims were all Vietnamese migrants looking for work in the UK. Photo: Stefan Rousseau / POOL / AFP

According to the United Nations Office on Drugs and Crime, human trafficking involves “the recruitment, movement or harboring of people for the purpose of exploitation – such as sexual exploitation, forced labor, slavery or organ removal.”

Smuggling is different and categorized as “assisting migrants to enter or stay in a country illegally, for a financial or material gain.”

The ongoing trial in England of four Irish and UK nationals does not involve charges of trafficking, as the 39 Vietnamese voluntarily left their home country and paid sprawling smuggling networks to get them to Europe and their dream of a better life – either overland, or through some combination of air and land travel.

Sebtaoui gave an example of how the use of these terms can change the perception of an event.

“The attention after Essex was good, but it’s because they were all dead that they are looked at as victims of trafficking,” she said. “But if they had been arrested by French or Belgian police on the way, they would have been put in detention centers as illegal migrants.”

In March and April of this year, at the peak of the COVID-19 outbreak in Europe, Sebtaoui’s colleagues reported no Vietnamese arrests, but she said they started to tick up again by June. The hard part right now is getting out of Vietnam and through Russia if going overland, while there are also fewer international flights. But if migrants can make it to Russia, historic routes through the Baltic states or Belarus remain available.

Experts believe that law enforcement needs to go further and establish a task force, as the trade also involves contraband goods, wildlife products and drugs, while other countries should step up action and cooperate. Otherwise illegal, unsafe routes will continue because only low-level participants are arrested. Right now there is only robust cooperation on the issue between Vietnam and the UK, the origin and destination countries.

Ultimately, the tragic legacy of Essex appears to have had little impact on the desire to cross borders by any means necessary. A young man living in Yen Thanh, a district of Nghe An that several of the Essex victims departed from, explained the situation on condition of anonymity.

“They still find chances to go if they can,” he said. “It is quite rare to find someone who decided not to go after Essex.”

Fri Oct 23 , 2020
By Sam Nussey and Makiko Yamazaki MIYAGI, Japan (Reuters) – Iris Ohyama, whose goods are ubiquitous in Japanese homes, has relied on its usual offbeat methods during the COVID-19 pandemic and U.S.-China trade tensions to ride the teleworking wave and bring production back from China. Family-run, unlisted and based in […] 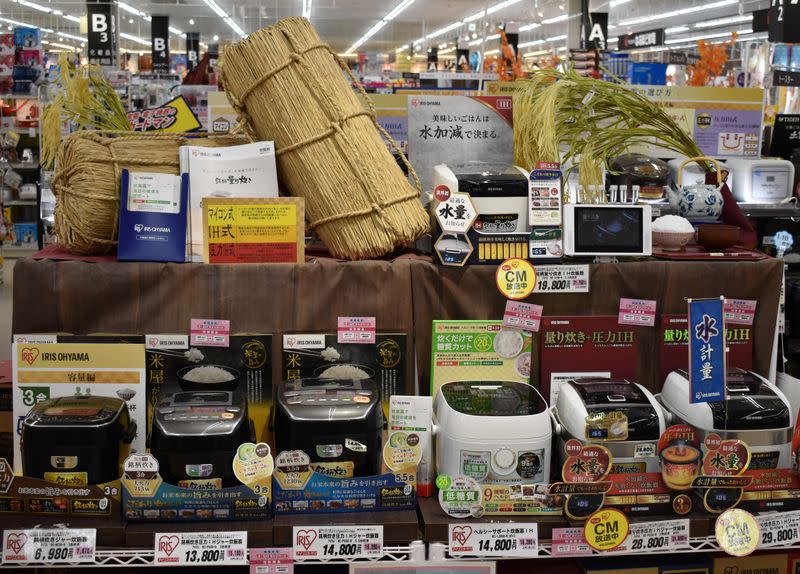