The lower-than-expected attendance at President Trump’s rally in Tulsa on June 20 was attributed, at least in part, to an online army of K-pop fans who used the social network TikTok to organize and reserve tickets for the rally as a means of pranking the campaign. Similarly, the historically unprecedented […]

The lower-than-expected attendance at President Trump’s rally in Tulsa on June 20 was attributed, at least in part, to an online army of K-pop fans who used the social network TikTok to organize and reserve tickets for the rally as a means of pranking the campaign.

Similarly, the historically unprecedented scale of the George Floyd protests can be attributed in part to social media. By some estimates, 25 million Americans participated at protests.

Social media has proven itself as a tool for political activism, from online boycotts to offline gatherings. It also has implications for how political campaigns operate. Social media can aid campaigns with voter targeting efforts, but it can also make the electoral process vulnerable to misinformation and manipulation, including from foreign actors.

Social media has enabled protests and meaningful political action by capturing public attention, and by its decentralized nature, which makes it easier for activists to evade censorship and coordinate actions. K-pop fans’ action through TikTok spanned more than a week and stayed off the radar of mainstream media.

This, in turn, leads algorithms on social media platforms to classify such trending hashtags as K-pop trends rather than political trends, thwarting the anti-Black Lives Matter activists who tried to use the hashtags to promote their messages.

K-pop fans likewise responded to a call from the Dallas Police Department, who were trying to collect information about Black Lives Matter protesters from social media, and bombarded them with images and videos of their favorite K-pop stars.

My own research shows that there are two mechanisms that make social media influential in digital activism.

First, social media gives an opinion-making role to a few influencers – people who have extensive social media networks. The furor companies such as Uber and United Airlines aroused on social media for misbehaving was initiated by a handful of individuals.

Together, these mechanisms provide a wide audience to both influencers and their followers who are enmeshed in densely connected online networks. As my research shows, once a meme, hashtag or video goes viral, passive sharing can turn into active broadcasting of the trending idea.

For example, when celebrity Jane tweets in support of a viral hashtag such as #BlackOutTuesday, if fan Alyssa retweets this, it is more likely to be retweeted by people like Alyssa. Jane’s influence is magnified by Alyssa’s ability to influence her social connections. The resulting activism spirals into a large-scale online movement that is hard to ignore.

Social media’s opinion-making power and preference for like-minded connections also lead to online filter bubbles, echo chambers that amplify information people are predisposed to agree with and filter out information that contradicts people’s points of view. Recent elections in the U.S. and the Brexit vote in the U.K. might have been influenced by filter bubbles.

Social media also makes it easier to narrowly target classes of voters. In 2016 Hilary Clinton’s presidential campaign significantly outspent Donald Trump’s campaign, and the effectiveness of the Trump campaign has been attributed to its ability to target specific groups of Clinton voters with negative ads.

With online advertising in general, and with the ability to micro-target voters via social media based on detailed demographic data, social media can both help and hinder political campaigns’ ability to target their voters.

Also, political campaigns need good data to create models of likely voters, which they use to get voters to turn out and persuade likely voters to vote for their candidates. It looks like TikTok users produced a deluge of bad data for the Trump campaign. This kind of activity forces campaigns to spend time and money cleaning up their data.

The power of social media also poses a challenge for election integrity. An entity linked to the Russian government was reportedly responsible for spreading a massive disinformation campaign that likely influenced the 2016 elections. A Senate committee concluded that “these operatives used targeted advertisements, intentionally falsified news articles, self-generated content, and social media platform tools” to intentionally manipulate the perceptions of millions of Americans.

Likewise, the Tulsa phenomenon underscores that if it’s this easy for a group of teens to influence turnout in a campaign rally, how easy would it be for a foreign actor to interfere in the election process? The election process, including how campaigns and observers gather political information, is vulnerable to misinformation and coordinated trolling.

Social media amplifies both the reach and range of actions available to well-organized, engaged, and networked political actors, whatever their intentions. With the pandemic significantly increasing society’s dependence on the internet, these concerns are likely to increase. The question is, when combined with algorithmic filters and disinformation, how will these forces shape the politics of protest and democratic action in the years ahead?

This article is republished by Anjana Susarla, Associate Professor of Information Systems, Michigan State University from The Conversation under a Creative Commons license. Read the original article.

Fri Aug 7 , 2020
Energy bills will fall by around £84 in October for millions after the energy regulator lowered the price cap because of cheaper gas wholesale prices. Ofgem has cut the default price cap to £1,042, its lowest level since the cap was introduced in January 2019. The pre-payment meter cap will […] 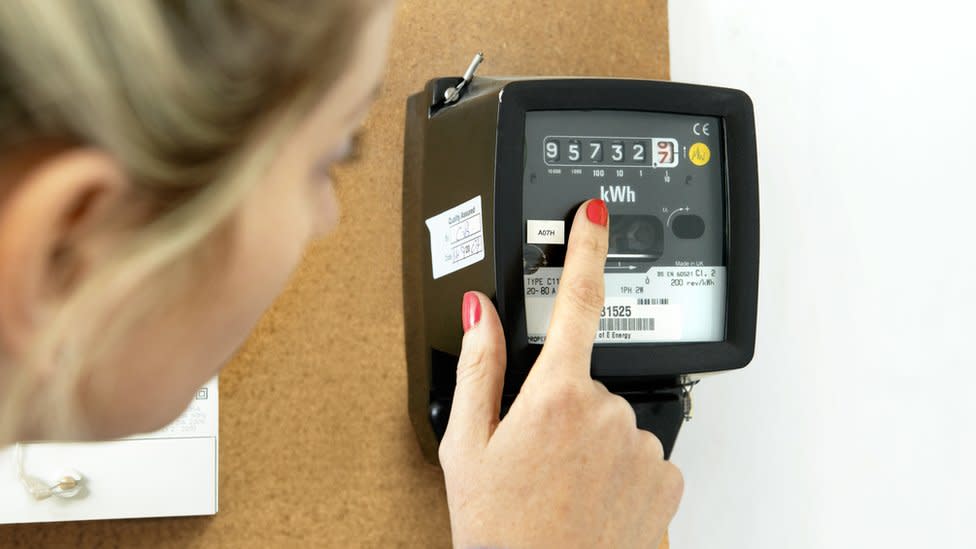