Photo credit: MajaMitrovic – Getty Images From Woman’s Day Though public acceptance of lesbian, gay, bisexual, transgender, and queer people has grown over the years, many parents and family members of LGBTQ+ kids still struggle to know what to say when a child comes out, or they aren’t sure how […]

Though public acceptance of lesbian, gay, bisexual, transgender, and queer people has grown over the years, many parents and family members of LGBTQ+ kids still struggle to know what to say when a child comes out, or they aren’t sure how to support the child as they age. But whether and how parents support an LGBTQ+ child can have far-reaching impacts on their happiness, health, and success.

LGBTQ+ children who receive parental and familial support are safer, healthier, and happier. But how can a parent or family member know they’re providing the right kind of support? What’s the best way to talk to an LGBTQ+ child who might be struggling? Two experts tell Woman’s Day what families can do.

What to do and say when they come out.

Coming out is a deeply personal process for every LGTBQ+ person. Some people come out publicly on Facebook to everyone in their life all at once. Others come out to a select few people they trust, while some come out only to themselves.

Lourdes Dolores Follins, a therapist who specializes in working with queer and transgender people, tells Woman’s Day the when a young person is considering coming out to family, their first thought is often “Will I lose your love? And what else will I lose?”

So, when a child comes out to you, it’s important to say “I love you, and I appreciate you telling me.”

Follins then suggests asking “How can I support you?” and giving the child a chance to talk about “their fears and hopes and expectations.” Both personally and professionally, she’s noticed that young LGBTQ+ people often build up a lot of “fears and concerns and questions and expectations—positive and negative” about their identity and about coming out. “But if we had primary caregivers and parents from the beginning sit with us or have conversations with us, that would spare us so much struggle,” she says.

Many people think that young people aren’t mature enough to understand their own sexuality or gender identity, but that couldn’t be further from the truth. About 8%, or an estimated 1.3 million, high school students in the United States report being lesbian, gay, or bisexual, and about 2% identify as transgender, according to Centers for Disease Control and Prevention (CDC_ data from 2017 and 2019, respectively. Another 2018 study from San Diego State University found that about 1% of children ages 9-10 identify as LGBT.

Transgender children also know who they are from a young age. All children have “an innate sense of their gender identity between ages 3 and 5,” according to the Children’s Hospital of Philadelphia.

Aruna Rao, the founder of PFLAG’s Desi Rainbow Parents & Allies, an organization for South Asian immigrants with LGBTQ+ children, tells Woman’s Day that queer and trans young people know who they are, and accepting that is an important part of supporting them. “We should really give the child… the freedom and the ability to say, ‘This is who I am,’ in a way that does not take away their agency,” she says.

Educate yourself and seek out support.

Follins recommends reaching out to local, affirming support groups either through PFLAG, which has local chapters across the country that host meetings for family and friends of LGBTQ+ people (they are hosting virtual meetings during COVID-19). Or, you can find support groups on Facebook.

There are also lots of introductory resources online, LGBTQ+ glossaries that define important terms, and articles about other people’s experiences.

Follins encourages people to avoid unsupportive groups or people, such as churches or religious leaders who are anti-LGBTQ+.

Keep an open line of communication.

Rao recommends working toward healthy and open communication with an LGBTQ+ child so that you know if they’re being bullied at school or struggling emotionally. “Do you notice a big change in behavior from someone who was kind of happy-go-lucky before and now has changed?” she asks. “Just looking out for those clues that most parents are aware of, and being able to talk about it in a way that is gentle and caring, but not demanding.”

Though all LGBTQ+ youth can face bullying at school, transgender students often face the most harassment. A 2015 survey by GLSEN found that 75% of transgender students feel unsafe at school. Follins says parents of trans youth can let them know that they’re still there to support them. She suggests saying, “We know that this might be challenging for you. If there have been some challenges, we want to make sure that you still are getting the support and the attention that you need.”

Caregivers of LGBTQ+ kids often have to step up in ways that the parents of cis, straight children might not, especially when it comes to school and extended family.

“When we expect children to be the intermediaries between school and caregivers, they’re not going to do very well, because that’s just too much for them,” Follins says. “Their job is to be a student and to be a child. So it’s on the caregivers to make sure that they’re talking with the children’s teachers, principals, assistant principals—whoever’s in that child’s life… just as you would with any other child.”

Rao says that parents might also need to talk to family members about their child—with the child’s permission—and defend them when necessary. She says her child, who is transgender, asked her to share information with their extended family because “it was too exhausting for him to keep coming out repeatedly to different people,” she says. “So I took on some of that labor with his permission.”

You should also draw firm boundaries when necessary. “People will ask really nosy questions about medical transition, for instance, but [they] don’t need to know,” Roe continues. “All you need to know is this is the person’s identity. It’s really important for the parent to be pretty clear about ‘This is what I can share, and this I can’t share.'”

Apologize when you’ve made a mistake, and move forward.

Sometimes you might say or do the wrong thing. Rao says it’s important to apologize, but not to belabor the point — especially if you use the wrong pronouns for someone.

“It’s like [if] you bump into someone, you say excuse me and then you move on,” she explains. Often times Roe hears from older people that learning someone’s new pronouns can be difficult when you’ve known them for most of their life, but “I learned this language in my forties, so it’s entirely possible,” she says. “It’s like a habit. You can keep working on it.”

And a personal pronoun, Follins says, is not “just a word.”

“That word means so much,” she explains, so family members need to use their child’s correct pronouns and also correct and encourage others to do the same. “If the primary caregiver can do that and then model that for the other adults in this child’s life, this child has a greater opportunity to be healthy and safe.”

Give them and yourself time.

Parents who come from cultural or religious backgrounds that are anti-LGBTQ+ will need time to find the right support for themselves. But Rao says that there are resources out there, and she encourages parents to find communities that will help them support their kids. “You only have this one chance to set the trajectory of how your child’s future relationship with you will be,” she says. “You’re empowering yourself if you stand up for your kid.”

For parents whose religion condemns LGBTQ+ people, Follins says it’s important to remember one thing: “This is your child first and foremost. God doesn’t make mistakes. Let love be your guide, because this is your child.”

Subscribe to Woman’s Day today and get 73% off your first 12 issues. And while you’re at it, sign up for our FREE newsletter for even more of the Woman’s Day content you want.

Sat Aug 22 , 2020
Akvile Stuart The government’s decision not to provide physical proof of settled status has already left EU citizens in the UK facing difficulties proving their post-Brexit immigration status, as campaigners warn this is only the “tip of the iceberg”. The Independent has spoken to EU nationals who have been held […] 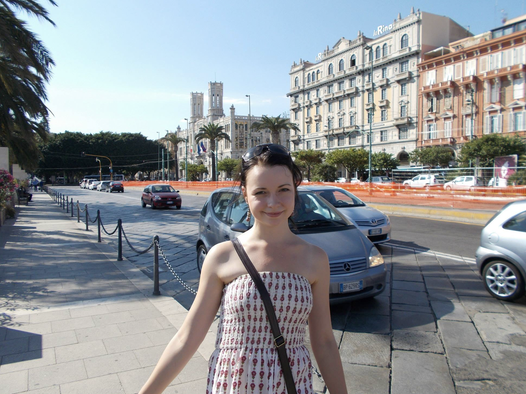