How to cope if Amy Coney Barrett helps end Obamacare An end to Obamacare looks ever more likely, as a critic of the health care law has now been given a seat on the U.S. Supreme Court. On a near party-line vote of 52-48, the U.S. Senate Monday evening confirmed […]

An end to Obamacare looks ever more likely, as a critic of the health care law has now been given a seat on the U.S. Supreme Court.

On a near party-line vote of 52-48, the U.S. Senate Monday evening confirmed Amy Coney Barrett appointed to a lifetime post on the nation’s highest court.

Meanwhile, President Donald Trump and Democratic rival Joe Biden have laid out very different visions for the future of American health care in their final debate of the campaign season.

Change may be on the horizon. Here’s a quick breakdown of each candidate’s health care plans, as well as some alternative ways to get coverage if Obamacare is overturned.

Obamacare on the brink

Barrett expands the Supreme Court’s conservative majority to 6-3, and she’ll be on board for a Nov. 10 hearing on the Affordable Care Act (ACA), the law nicknamed Obamacare. Republican lawmakers have challenged the act as unconstitutional.

Although the controversial health care law has survived numerous attempts at repeal over the past decade, Barrett’s vote could topple it for good. In a 2017 article, she criticized a previous decision that saved Obamacare.

Its end would affect millions of Americans, including many who don’t currently rely on the law for coverage. And with an election looming, the post-ACA health care landscape will look completely different depending on what happens on Nov. 3.

President Trump said during last week’s debate second and last presidential debate that he intends to end the Affordable Care Act and replace it with a new plan, though the specific details of his health care strategy have not been laid out.

The president also suggested that Biden’s plan would put an end to 180 million private health care plans, which the former vice president disputed.

“Not one single person with private insurance would lose their insurance under my plan,” Biden said. “Health care is not a privilege, it’s a right.”

He also questioned the president’s ability to protect those with pre-existing conditions if Obamacare is abolished.

“There’s no way he can protect pre-existing conditions,” Biden said. “He’s been talking about this for a long time. He’s never come up with a plan.”

Under Biden’s plan, the ACA would be expanded. Americans could sign up for a government-run health insurance program similar to Medicare, and the current Medicare program would be permitted to bargain down prescription drug prices with pharmaceutical companies.

What to do if Obamacare is repealed

No matter which candidate is elected, an end to the Affordable Care Act would mean more than 20 million Americans would need to switch to alternative coverage.

The ACA also ensures no one can be denied coverage and restricts the kind of information companies can use when deciding what to charge people.

Although the Supreme Court’s decision may not arrive until June 2021, if you’re currently covered under Obamacare it would be wise to start making plans now in case you lose your health insurance.

Here are a few options to consider:

If you rely on the ACA, you probably don’t have the option of getting health insurance coverage through an employer.

But if your spouse or domestic partner currently has coverage through work, you may be able to sign up for their health care plan.

Ask your significant other to look into the steps involved in joining the company plan, and gather all the required documentation ahead of time if possible. That way you’ll be prepared to make the transition immediately if Obamacare ends.

If you join a health sharing plan, you’ll be required to send in a monthly “share” that will be distributed among the other members of the plan who have medical expenses.

It’s important to note that many of these plans are run by religious organizations, and you may be required to make a statement of faith in order to qualify. Additionally, certain health care expenses related to things like smoking, drinking and birth control may not be covered.

Buying private coverage outside of your state’s Health Insurance Marketplace is another option and could potentially become the norm for Americans if the ACA is repealed.

To find the lowest rate on a private policy, it’s wise to spend some time shopping around and comparing quotes from multiple insurance companies.

You can use an insurance comparison site that will sort through hundreds of offers to find you the best rates available in your area. Comparing rates online is free and only takes a few minutes.

Other ways you can prepare

It’s essential to have a backup plan for coverage, but you may need to take some additional steps to ensure your new solution works.

Start putting some money into an emergency fund if you don’t already have one set up. Emergency savings can help offset the cost of any unexpected medical expenses as well as the potential increase to your premium that may result from switching coverage.

Plus, if you stash your emergency fund in a high-yield savings account, it will collect a solid amount of interest and grow, leaving you with more money down the road when you need it.

The next step is to examine your retirement plan, since repealing the ACA would eliminate a number of free services currently covered by Medicare and force seniors to pay more for prescription drugs.

That means Americans will need to allocate more money for medical expenses when planning for their retirement. It’s worth consulting with a certified financial planner who can help you make the adjustment or create a new, personalized strategy based on your current savings and goals.

These days companies even provide convenient online financial planning , so you can prepare for your future without having to leave your living room.

We are doing everything to avoid Black Friday crowds

Tue Oct 27 , 2020
Retailers are leaving no stone unturned to prevent their stores from transforming into COVID-19 super-spreaders during the typical Black Friday spending bum’s rush. That includes everything from keeping stores closed on Thanksgiving to spreading out Black Friday deals throughout November both online and at the store level. And in the […] 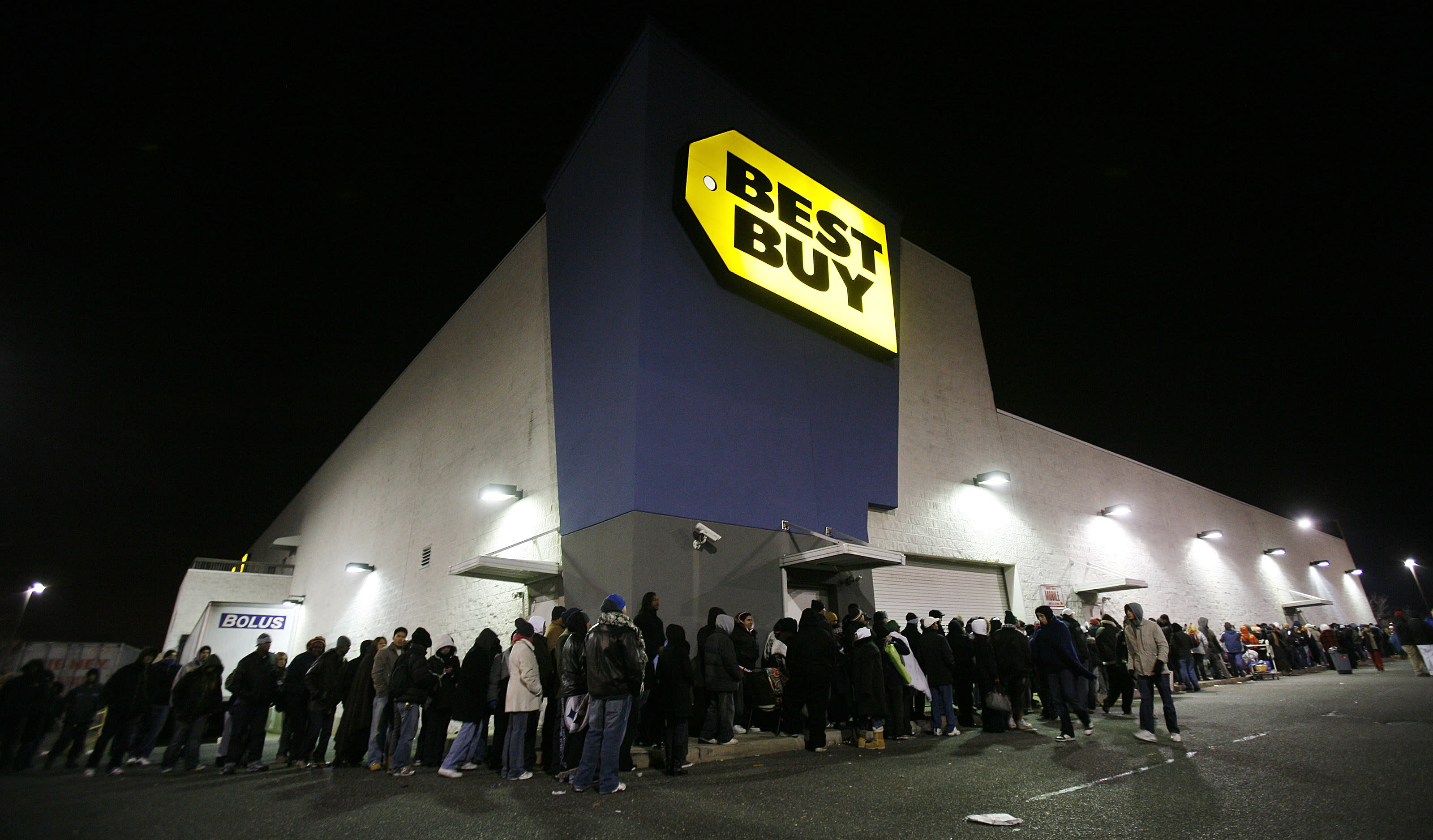