The question of how to buy ethically has become more pressing in 2020 than ever before. It’s true that at the start of coronavirus quarantine, we struggled to buy certain supplies — like flour or toilet paper — at all, making it more difficult to live sustainably or avoid certain […]

The question of how to buy ethically has become more pressing in 2020 than ever before. It’s true that at the start of coronavirus quarantine, we struggled to buy certain supplies — like flour or toilet paper — at all, making it more difficult to live sustainably or avoid certain companies. But that’s less of a problem now, and both COVID-19 and the Black Lives Matter protests have awakened in many of us a higher consciousness about where our money is going. It’s not enough to just say that we’re for racial equality — we know that our actions and choices have to back that up. We have to consider: By shopping with this brand, am I also giving money to the police? Am I supporting politicians who support racist policies? Am I harming the environment, knowing that climate change has a disproportionate impact on Black communities? Who am I helping to exploit when I use this product?

That’s the basic idea behind ethical consumption. But the ways in which a product or service is unethical aren’t always clear-cut — sometimes it’s only after an investigative report is published that the general public becomes aware of an immoral or harmful aspect of a product. It also might not be obvious which causes or political viewpoints a company supports through campaign donations or lobbying, because the ties are so tangled and hidden beneath layers of people and committees. A company might also show effort in one area — such as being vocal about its support of Black Lives Matter — but still commit unethical, contradictory behavior in other ways, such as failing to pay a living wage to its employees, many of whom may be Black. In the case of Refinery29, a brand image advocating for inclusivity and celebrating women stood at odds with the realities women of color actually experienced as former and current employees.

It might lead you to wonder if it’s really even possible to be an ethical consumer under capitalism, when all companies are, at the end of the day, driven by their bottom line. But perfection isn’t the enemy of good — though the big change we need lies in the upheaval of certain systems and institutions, you can definitely make an effort to be a more empowered consumer. Ahead, we’ve compiled some resources that can help you do your research before you buy. Even if you can’t avoid everything bad all of the time, these tools can help you become more aware of how corporate power and influence shape our lives.

If you’re interested in simply knowing whether brands make significant donations to the Democratic or Republican party, Progressive Shopper offers just that. It pulls data from the Federal Election Commission to report how much the company and its employees have donated to political campaigns, and what percentage was to Democrats or Republicans. It also provides some info on whether a company supports single issues such as gun control. Though political contributions to either the Democratic or Republican party don’t show the full picture of whether a company’s choices really align with your values, it can be a useful starting point. More recently, Progressive Shopper has begun putting together a document of companies that have donated significant amounts of money to politicians who have an “F” rating on civil rights legislation according to the NAACP.

Like Progressive Shopper, Goods Unite Us gives an overview of a company’s political contributions — but its highest ratings are reserved for companies that have not made any significant political donations. Unlike Progressive Shopper, Goods Unite Us also reveals the top five politicians a company and its senior employees have donated to, and gives each a Campaign Finance Reform score that indicates whether buying its products is likely to keep corporate money out of politics. The website now also has a guide to companies that have contributed in some way to the COVID-19 crisis. Of course, the list of how businesses have impacted the pandemic isn’t exhaustive — a company that helped make ventilators may also have worsened the consequences of COVID-19 in another way.

Track Your Company is a database set up by the Center for Political Accountability, a nonprofit that pushes for corporate transparency and the disclosure of all political contributions. By searching for a company in this database, you’ll get a list of all the organizations, ballot measures, and political candidates or parties that they’ve contributed to, as well as how much money was given. When searching for Amazon, for example, Track Your Company reveals that the company gave $195,000 in 2018 to the Committee to Protect California Jobs. Searching online for that committee reveals that it worked to oppose a consumer privacy initiative in California, and that several other major tech companies also donated to block it. Track Your Company also gives a general score of how well a company discloses its political contributions — Amazon has a score of 82.9% — as well as a breakdown of which sectors corporations donate to most. The Center for Political Accountability also publishes an annual report called the CPA-Zicklin Index, which scores companies in the S&P 500 based on how well they disclose their political spending, and tracking whether they improve or backslide from year to year.

LittleSis, it notes on its website, is the opposite of Big Brother. Its aim is to track “connections between powerful people and organizations.” This database is run by the government watchdog group Public Accountability Initiative. Recently, its news site published a report on corporations that have funded police foundations, which are charitable organizations that give money to police departments. In its report, LittleSis notes that police foundations are an attractive source of funding because, unlike municipal budgets, “foundations can purchase equipment and weapons with little public input or oversight.” For consumers concerned about how corporations contribute to police brutality, LittleSis suggests keeping an eye on police foundation websites and social media accounts, which can give you an idea of who is making donations. But police budgets are far from the only ties of power LittleSis helps reveal; you can search specific companies for an overview of its relationships with various causes, explore its database of connection maps, or browse by tags, such as the tag listing people and corporations who have had contracts with ICE.

Launched in 1989, Ethical Consumer is a regularly updated resource that has information on over 40,000 companies and products. Though it’s based in the U.K. and will sometimes highlight U.K.-specific companies, many big American corporations like Amazon and Walmart have their own listings on the site. If you want a broader view of a company’s ethics, beyond which political parties it donates to, Ethical Consumer gives ratings in four different categories — politics, the environment, animal rights, and human rights. It recently published a list of companies to avoid based on their response to COVID-19. It also has a list of companies it boycotts, with reasons listed so you can determine if those companies go against your values as well. Some of its content is for subscribers only, and its subscriptions start at £29.95 a year, or about $36.84.

You can also look for more targeted sources on how corporations influence specific issues. InfluenceMap, for example, publishes reports on corporate influence that mostly center on climate change. In late 2019, it published a report on the 50 companies with the most influence on climate change policy worldwide. The Action Center on Race & the Economy (ACRE) keeps an eye on corporations obstructing racial equality and also promotes greater Wall Street accountability, since economic justice is tied directly to racial justice. BankTrack is an organization that collects information on how private banks across the world are spending their money, and what causes they are supporting.

As with anything, it pays to do your research based on a variety of sources rather than relying on just one. LittleSis provides a comprehensive guide on how to research a company if there isn’t a handy database listing all of its political activity, or if you really want to get detailed, and it also offers advice on advanced search engine use.

It’s ultimately up to you to decide your moral line in the sand when it comes to the products and services you support with your wallet — but there are plenty of online tools to help you get started on the road to being a more informed consumer.

Like what you see? How about some more R29 goodness, right here?

Copaganda: How Police Continue To Ask For Sympathy

The Ethical Answer To Fast Fashion Is Here

Tue Jul 7 , 2020
Laura Ashley – Naomi Baker/Getty Images Other than being fashion failures, what do Laura Ashley, Karen Millen, Coast, Oasis and Warehouse have in common? Despite collapsing and closing all their stores, the brands are surviving online after being bought by a mix of trade buyers or indeed rivals. These brave – or […] 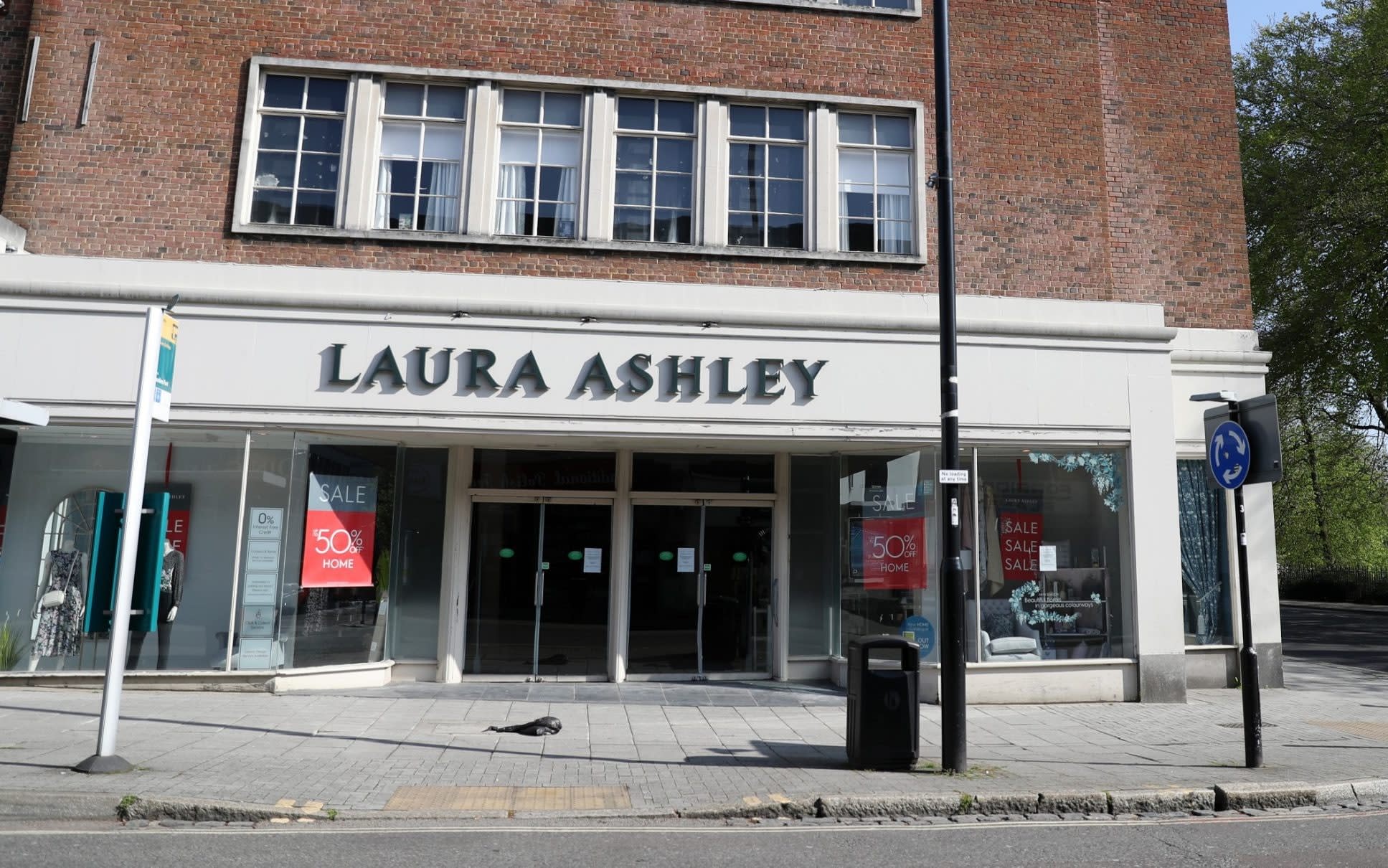