Last week, a group of medical professionals calling themselves America’s Frontline Doctors stood in front of the U.S. Supreme Court and insisted that hydroxychloroquine is a “cure” for the coronavirus despite medical studies to the contrary. In addition to that claim about the anti-malarial drug, their press conference also pushed such potentially harmful misinformation […]

Last week, a group of medical professionals calling themselves America’s Frontline Doctors stood in front of the U.S. Supreme Court and insisted that hydroxychloroquine is a “cure” for the coronavirus despite medical studies to the contrary.

In addition to that claim about the anti-malarial drug, their press conference also pushed such potentially harmful misinformation as the idea that mask-wearing isn’t necessarily a good choice. A day later, Vice President Mike Pence reportedly met with the doctors.

As Anthony Fauci, the government’s top infectious diseases expert, has said repeatedly, there’s little concrete evidence that hydroxychloroquine is effective as a COVID-19 treatment ― even if President Donald Trump continues to promote it. Last month, the Food and Drug Administration warned against using hydroxychloroquine to treat coronavirus patients, following reports of “serious heart rhythm problems” and other health issues in those who received the drug.

Still, in part thanks to a retweet by the president, the doctors’ clip went viral. It racked up tens of millions of views, even in the face of a widespread effort by social media companies to remove the video and penalize some who shared it, including presidential son Donald Trump Jr.

What may have been more startling, though, was what the news media found out about Stella Immanuel, the doctor who led the press conference. Immanuel, who works as a primary care physician and pastor in Houston, doesn’t just believe hydroxychloroquine is a valid coronavirus treatment. She also believes that gynecological issues like endometriosis and cysts are caused by people having sex in their dreams with demons and witches, that alien DNA is currently used in medical treatments and that gay Americans practice “homosexual terrorism.” Online, Immanuel hawks a prayer she claims can remove “generational curses” passed on from ancestors and transmitted through the placenta.

The fact that so many Americans may have fallen for claims made by Immanuel and the other doctors ― most of whom are only debatably “on the frontlines” of the COVID-19 crisis ― without knowing much about their backgrounds or possible political motives is deeply troubling to Lydia Kang, a practicing physician and co-author of “Quackery: A Brief History of the Worst Ways to Cure Everything.”

“I was incredibly fearful for the health of those people who would trust her for two reasons: Her thinking agreed with their own, and they were looking to a medical professional to substantiate their own beliefs,” Kang told HuffPost.

“Many people feed upon hope, which is important, but it can be frightening when that hope leads to believing things that could be incredibly harmful,” she said.

As unnerving as it was that so many Americans shared the video, it was actually a good thing that Immanuel has a history of using her platform to promote conspiracy theories, said David H. Gorski, a surgical oncologist and professor of surgery at Wayne State University School of Medicine. Gorski is also the managing editor of Science-Based Medicine, a medical blog that exposes non-scientific research and practices.

“The sex with demons and other claims provided the press a good ‘in’ to debunk and discredit her as a source,” he said. “If the astroturfers had chosen a less disreputable figure, it might have been more difficult to counter the message.” (Astroturfing is the practice of masking the sponsors of a message or organization, whether it’s a political, religious or advertising group, to make it appear as though the message or group had organically sprung from grassroots efforts.)

That being said, Gorski added that “it’s very depressing how easily Americans bought into Immanuel’s message even knowing her history of bizarre claims.”

Still, the fact remains that Immanuel does have a full medical license in Texas, USA Today reported pointing to the Texas Medical Board’s online records. She told the board she has a primary specialty in pediatrics and a secondary specialty in emergency medicine. Her bizarre beliefs and the products she sells on her site may ― or, worse, may not ― come as a surprise to patients she’s had.

It makes you wonder: What kind of questionable beliefs might your doctor have that aren’t endorsed by the medical community ― and how can you dodge doctors like Immanuel the next time you’re in the market for a general practitioner or specialist?

Below, Gorski, Kang and other medical experts share how to tell if a doctor might be a quack.

A few signs your doctor may be pushing some dubious beliefs:

They sell their own supplements and treatments.

It’s a significant warning sign if a doctor puts their patients on unconventional mixes of medications and supplements, some of which they sell, Kang said.

“One major red flag is when a physician directly touts their own brand of medicines or supplements to take out of their own store,” she said. “It’s a serious conflict of interest.”

They rely on single-person testimonies, social media or TV endorsements rather than peer-reviewed data.

Many of the doctors we spoke to cited television’s Mehmet Oz and his show “Dr. Oz” as an example of a physician using their platform to hawk questionable treatments. Though Oz has an Ivy League medical degree, a 2014 study in the peer-reviewed British Medical Journal found that in 40 randomly selected episodes from Oz’s show, his health recommendations were based on evidence just 46% of the time.

If you’re concerned about your doctor making dubious health recommendations, ask yourself if their claims are supported by scientific evidence. In place of hard evidence, your doctor may claim they have anecdotal evidence that something works ― or that it’s been endorsed by this expert or that celebrity, including TV doctors. That’s not enough.

“Be wary if they mention social media endorsements or they talk about testimonials and single-patient stories,” said Arthur Caplan, director of the division of medical ethics at NYU Grossman School of Medicine.

Any doctor worth their salt should be citing peer-reviewed articles and scientific studies that rely on well-designed clinical trials, not patient anecdotes and their own personal experience, Caplan said.

They say their treatment is a “miracle cure” with an unbelievably high success rate.

They speak in absolutes.

Does your doctor tend to make sweeping generalizations or speak in absolutes? For example, “All mainstream doctors have it wrong” or “I’m the only one who can help you.” That’s another major red flag, Kang said.

“A good doctor will carefully weigh the pros and cons of any treatment, and are careful about promising anything as a ‘perfect fix,’” she explained.

When the treatment goes wrong, they blame the patient.

Because quack doctors often make overbroad claims about their treatments and products ― “it’s worked for everybody I’ve prescribed it to” ― any instances where the cure-all doesn’t work has to be the patient’s fault.

“They’ll usually blame failure of their treatment on the patient’s failure to adhere to their protocol closely enough,” Gorski said.

How to do your due diligence when selecting a doctor:

Look at rating sites with a healthy dose of skepticism.

To avoid a quack, Googling can be helpful, but stay skeptical when searching, Kang said. Be aware, for instance, that anyone can add a review on those health score websites where you see how many stars your doctor has, just like you would rate a restaurant on Yelp.

People can give a one-star or five-star rating without any proof as to “who they are, whether they actually saw the doctor, or how many times they vote,” Kang said.

It’s often wiser to look at ratings put out by medical institutions themselves, Kang said, because they’re usually vetted to ensure that only patients who’ve seen the doctor vote and they vote only once.

Find out where they went to medical school and what they studied.

When sizing up a physician, especially a specialist, look up their credentials. Have they completed the proper training in their specific field?

“For example, a plastic surgeon without true training in plastics (via a residency and/or fellowship) or not board certified in plastic surgery would be a concern,” Kang said.

Check to see if their claims are supported by other doctors.

If you’re reading up on a treatment a doctor promotes online or elsewhere, look to see if it has garnered support from other doctors. Stay away if the doctor is making health claims outside of peer review and then marketing their product to laypeople.

“Look to see if they’ve published anything and be ready to get a second opinion if you have doubts,” Caplan said. “Are they a solo practice ― no peers checking them? Do they advertise and if so, are they making sweeping promises in their ads?”

If they have a social media presence, look to see what kind of information they’ve shared.

These days, many medical professionals have Twitter or Facebook pages where they comment on trending medical news. If your doctor has a public profile, read it to get a better feel for their beliefs, Kang said.

A quick Google search of Immanuel, the pastor-physician who led the press conference last week, would have pulled up her Twitter page, where she’s been tweeting about witchcraft and “21 day water fasts to demolish satanic embargo to our progress” since as far back as 2012.

Of course, not every social media page is going to be medically focused.

“Keep in mind, not all doctors tweet and Instagram about health topics alone,” Kang said. “They show their personal lives ― we are normal people, after all! we go on vacation and hang out in swimsuits sometimes! ― and political beliefs.”

But if a doctor is selling dubious products to their patients, they’re probably also posting about it, which allows you to weed that person out from the get-go.

A Quick Guide On What To Do About Your Doctors’ Appointments

COVID-19 Sparked A Huge Rise In Video Doctor Visits. Get Used To It.

Tue Aug 4 , 2020
WEST CHESTER, PA — The West Chester Area Board of School Directors followed the lead of families whose comments and feedback fell significantly in favor of opening school remotely. The board approved 8-1 a remote reopening plan that called for ongoing review of when it may be safe to begin […] 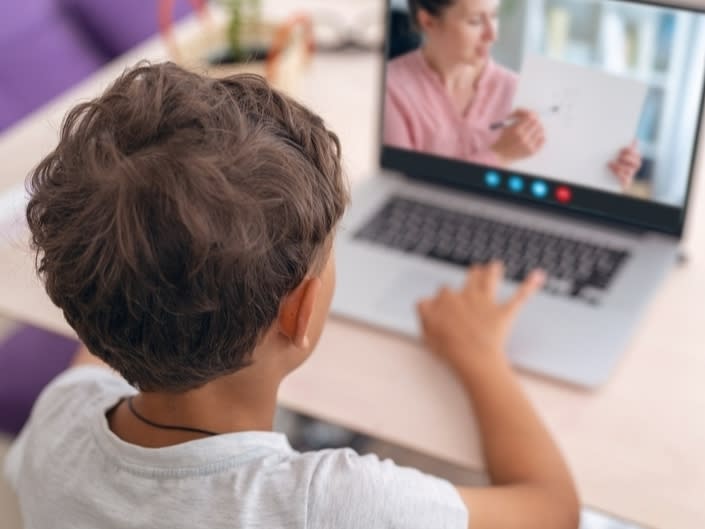