Photo credit: Hearst Owned From Esquire If Pride is a year-round celebration, then our solidarity should be, too. And amidst a national uprising for the Black Lives Matter movement, Pride 2020 has undoubtedly been one energized with a revived momentum towards racial justice. City streets typically scattered with pink-washed corporate […]

If Pride is a year-round celebration, then our solidarity should be, too. And amidst a national uprising for the Black Lives Matter movement, Pride 2020 has undoubtedly been one energized with a revived momentum towards racial justice.

City streets typically scattered with pink-washed corporate tents and rainbow swag are now being occupied by protesters marching for the end of police brutality and systemic racism against the Black community. Resources that would typically be spent on Pride celebrations are being redirected towards Black LGBTQ+-oriented bail funds and mutual aid organizations. Pride 2020’s call for direct action and Black liberation has brought the LGBTQ+ community closer to its roots than it has been in decades. It is a reminder of the Black leaders of the Stonewall uprisings and queer liberation movement—those to whom many of us owe our very right to celebrate.

However, just as we often remind ourselves and one another at the end of June that Pride is a “year-round” celebration, so too must non-Black members of the LGBTQ+ community and LGBTQ+ allies recognize that the fight for Black liberation, being central to Pride, is both year-round and lifelong. In the spirit of sustained solidarity, we at Esquire have rounded up a guide of tangible actions to support the Black LGBTQ+ community that go beyond this Pride month, news cycle, and year.

It’s important to remember that, while being an ally is a verb, these particular actions are among the bare minimum of ways in which allies can support the Black LGBTQ+ community. It is not monolithic, nor should be our support. Allies must be constantly willing and eager to center the voices and demands of the Black LGBTQ+ community—to follow their lead in this fight.

What You Can (And Should) Do Now

Remain informed on violence and discrimination against the Black transgender community, and contact elected officials to hold them accountable.

As we recognize the many Black trans folx who have led the queer liberation movement throughout history, it’s crucial to remember that Black trans lives are still in jeopardy. Just as Marsha P. Johnson’s murder was disregarded by law enforcement, so too are the murders of Black trans folx every year. Make it clear to officials that this stops now by remaining informed on violence against the transgender community, as well as tracking anti-transgender bills; contacting corresponding government officials; and signing petitions calling for proper accountability.

Start with Tony McDade, a Black trans-masculine person who was killed by a police officer in May, and whose murderer has still not been held accountable. Send this pre-populated email to Florida officials demanding that the name and bodycam footage of the officer be released, text “Tony McDade” to 484848, and sign this petition to reverse the law currently protecting McDade’s murderer. If you are a Tallahassee constituent, email officials to redistribute Tallahassee Police Department funding towards community services.

Bail funds are a vital way to support Black Lives Matter demonstrators—especially those whose race, income, gender expression, and/or sexuality make them more vulnerable to being incarcerated.

The LGBTQ Freedom Fund posts bail for lower-income people in U.S. prisons and immigration facilities, focusing upon queer individuals. The Emergency Release Fund posts bail for LGBTQ+ and medically vulnerable individuals at Rikers in New York and under ICE detention, with a specialized focus upon trans folx.

Supporting bail funds, both national and local, is an important cause year-round, since Black and LGBTQ+ people are arrested and jailed at an alarming rate. According to the NAACP, Black people are incarcerated at more than five times the rate of white people, while the LGBTQ Freedom Fund’s site states that LGBTQ+ people are three times more likely to be arrested than non-LGBTQ+ people.

Protest if you can, but do so safely.

If your personal circumstances allow it, one of the best ways to physically “show up” right now with the Black LGBTQ+ community is by attending Black Lives Matter protests. But don’t let your physical presence be an inadvertent threat to fellow protestors. If you take photos or document protests, don’t post without first concealing the identity of protesters. And, as always, wear your mask. COVID-19 is disproportionately killing Black people, which is non-coincidentally linked to the many ways in which Black communities and individuals have been systemically oppressed. So, maintaining safety precautions should be a no-brainer.

What You Can (And Should) Do This Month

Seek out Black-led LGBTQ+ organizations to donate to now—and regularly.

When calling for Black LGBTQ+ liberation, it’s paramount that we put our money where our mouth is. (Or, where our social media feed is.) There are countless Black-led LGBTQ+ mutual aid organizations and funds that have been doing this work for decades, and deserve our lasting support. If you can, becoming a regular donor to one or more organizations that are close to you geographically, or close to your heart, is a great way to be in their corner as they fight for social justice.

Here are a few of the many important organizations that we recommend supporting:

• The Okra Project aims to provide home-cooked meals and resources to Black trans and gender non-conforming people “wherever [they] can reach them.”

• G.L.I.T.S. aims to support and uplift transgender sex workers by focusing their services upon: immediate need/crisis support, health care and resilience, housing, and advocacy and education.

• Black and Pink is a national abolitionist organization that addresses the criminal justice system’s incarceration and harm of the LGBTQ+ community and those living with HIV/AIDS through advocacy, education, organizing, and support.

Looking for more ways to support the Black trans community? ActBlue has provided a collection of Black Trans Groups to which you can either split a donation evenly, or donate specific amounts towards organizations from the list.

Make a budget of your time and money for sustainable action.

To ensure that your support is not only reactionary, set up a budget for funds and time. Designate an allotted amount of dollars for monthly donations to mutual aid organizations and bail funds, and decide how much time per week (and when) you will plan to prioritize actions like signing petitions, consuming Black LGBTQ+ art, and educating yourself on relevant issues. (Tip: Set alarms in your phone to keep you on track.)

What You Can (And Should) Do in the Next 3 Months

Expand your bookshelf, as well as your Netflix queue.

As many of us are making conscious decisions about what we read and watch, it’s crucial to include stories about, and created by, Black queer voices. Remember to prioritize adding titles that focus on the joyful and the everyday. Do not restrict yourself to the suffering and death that is so often portrayed in mainstream depictions of Black queer lives.

A few books we recommend adding to your library:

And a few films to add to your watch list:

Fill your feed with Black queer voices (but don’t expect them to educate you without compensation).

There’s more to influencer accounts than discount swimsuit codes. In fact, most anyone you follow likely has more of an impact on your subconscious scroll dialogue than you realize. So, when aggregating a feed, making conscious decisions to follow and support more Black and queer voices is an entry point towards welcoming these voices into your internal sphere of influence.

However, as many prominent Black individuals on social media have noted, it’s important to compensate anyone you are actively learning from or whose content and work you are regularly consuming on social media. No one owes you free education, entertainment, or enlightenment. So, when you follow a Black-led account and their Venmo, Cashapp, Patreon, or other payment info is listed, consider a regular payment to them as your tuition fee.

A few accounts we recommend following:

What You Can (And Should) Do in the Next 6 Months

Whether you’re looking for clothing, home goods, art, or anything in between, seeking out Black queer-owned businesses to regularly shop from is a great way to show Pride with your dollar. A simple Google search will likely pull up some gems, but here are a few of our favorites with online selections and services:

• No Sesso, Italian for “no sex,” or “no gender,” is an LA-based fashion brand founded by Pierre Davis. The first transgender-owned brand to show at New York Fashion Week, No Sesso’s genderless styles are available online through Depop.

• Decolonizing Fitness is a social justice and educational platform, providing client and community-based fitness services. The collective offers online coaching, consultation, and apparel that is all oriented towards making a safe space for those typically unwelcomed by the fitness sphere.

• Pyramid Seven is a boxer brief brand for “periods, not gender,” with styles designed to fit and affirm menstruators of all identities.

As many organizers have continued to remind us, one of the most effective ways to actively work towards dismantling systemic discrimination against the Black and LGBTQ+ communities is by getting involved locally. “Criminalisation, gentrification, the ‘hostile environment,’ the closing of local public services,” writes organizer and artist Joshua Virasami for the Guardian, “these are all arenas of anti-racist activism.” Joining a local anti-racist organization will also hold you accountable to your education and action regarding local politics and social issues.

Showing Up for Racial Justice (SURJ) is a network of community chapters across the nation that work towards racial justice and dismantling white supremacy through organizing, mobilizing, and education. Through its People Power platform and state affiliate programs, the ACLU organizes grassroots action to defend civil liberties and rights “in every corner of the country.” And The People’s Institute for Survival and Beyond is a national and international anti-racist collective that provides workshops on Undoing Racism and Community Organizing, technical assistance, and consultations to communities and individuals.

And 1 Year From Now…

Your personal action plan, just like this list, will surely need revisions by the time next Pride Month rolls around. Perhaps your budget will change, or your book shelf will be in need of a revamp. (And, what a perfect opportunity to “regift” your 2020 books to some friends or relatives.)

You might find it useful to keep track of your findings over the year, be it organizations and causes you learn about, new concepts and ideas you’re introduced to, or adjustments to be made in your own approaches. Be open to remaining correctable and teachable, so that your momentum into next year is powered by your genuine motivation to make a change.

Which Ones Make More Money Than You?

Tue Jun 30 , 2020
Although fans won’t be back in stadiums for the rest of this season’s Major League Baseball games, the mascots will be. The MLB reversed a ruling banning mascots from the park amid concerns about the spread of the coronavirus, the Associated Press reported. Mascots can now be in the stands, […] 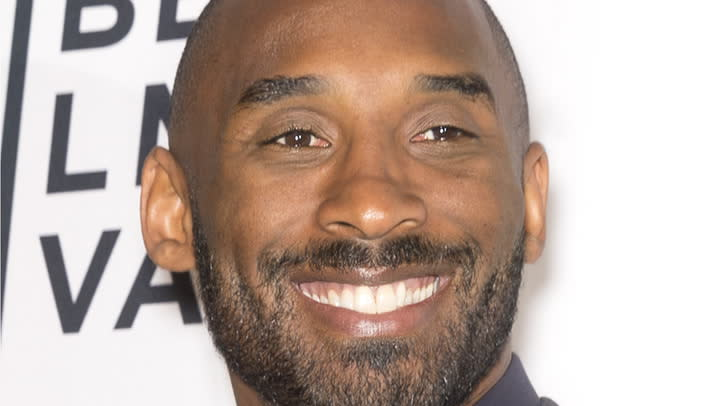