This year, it’s easier than ever to check online to see if your mail ballot has been received and counted. Chris DELMAS/AFP via Getty Images Voting in the 2020 presidential election is ending on Tuesday.  This fall, election officials in most states and the District of Columbia will be offering […]

A record 65 million Americans have voted by mail in the 2020 presidential election, according to the US Elections Project. And this year, it’s easier than ever to check online to see if your mail ballot has been received and counted.

Dozens of states have taken steps to make it easier to vote by mail because of the COVID-19 pandemic, with nine states and the District of Columbia, in addition to a number of counties in Montana, sending all or most registered voters a ballot, and more sending out mail ballot applications to all or most voters.

According to an analysis by the National Vote at Home Institute, a nonpartisan group that advocates for states to make it easier for voters to cast ballots safely from home, 47 states and the District of Columbia now have online portals that allow voters to track the status of their ballots every step of the way.

“Ballot tracking is very much similar to tracking a package that you order online, but for mail ballots,” Amber McReynolds, the CEO of the institute, told reporters in September. “It utilizes different data-entry points into the process to let a voter know what the status of their mail ballot is from the time it’s been printed and mailed, all the way through to when it’s been received by the election official at the end of the process.”

McReynolds played a role in creating the nation’s first ballot-tracking system, BallotTrace, while serving as the elections director for Denver in 2010.

Now in the majority of states and the District of Columbia, all voters will have access to a ballot-tracking system. In those states, voters just have to enter some details like their name, address, and date of birth into the portal to see the status of their ballots.

Several of those states, including California, Colorado, Georgia, Nevada, North Carolina, and Virginia, also allow voters to sign up for email and/or text-message alerts for updates on when their ballot was mailed, received, and accepted, as opposed to the voter having to manually check on their state’s portal. That option is also available in certain counties in other states.

And even if your state’s ballot-tracking system doesn’t offer text or email alerts, you can sign up to be notified whenever you receive a letter or package in the mail through the US Postal Service’s Informed Delivery service.

In 12 additional states, ballot tracking is offered in all or some counties at the local level, where voters can verify the status of their ballots or sign up for alerts with their county. You can find out how to track your ballot by going to your state or local election office’s website and entering your name, address, and date of birth.

This ease of access to a ballot’s status runs counter to President Donald Trump’s baseless claims of widespread mail-in-ballot rigging and his call for voters who mailed in ballots to check the status at their polling places — when this can be more readily checked online.

Just three states — Mississippi, Missouri, and Wyoming — have no ballot-tracking system at the state or county level in use for the November election. If you’re in one of those states and have concerns about the status of your ballot, you can contact your local election office.

Some of the administrative problems with mail voting and recent service disruptions and delays with the US Postal Service have left many voters anxious about voting by mail. And in September, Trump spread further confusion by urging voters in North Carolina and Pennsylvania to vote by mail and then go to polling places to see if their ballots were accepted and vote in-person if not.

Voting twice in a federal election is illegal under federal law and in most states, and going to the polls to check whether your vote was counted is unnecessary and will simply create longer lines at polling places, officials say. In the vast majority of states, you can check on the status of your ballot and ensure that it was accepted online from the comfort of your home.

McReynolds said most ballot-tracking systems use data points inputted both from election offices themselves, like when a voter’s ballot request is received and processed, and from Intelligent Mail barcodes. Election officials and their vendors can affix those barcodes to the envelopes containing voters’ ballots, which provide voters with updated data on the status of their ballots when they are scanned at every step.

One of the largest vendors working with election officials to provide ballot-tracking systems is the Colorado-based company BallotTrax, whose technology is now being used in 25 states and hundreds of counties, the company said in a September 10 press release. BallotTrax’s technology has helped localities track over 60 million ballots since 2009, the firm estimated.

“Voters using BallotTrax get a tracking service similar to Amazon’s package tracking, allowing voters to sign up for text, email, and phone notifications alerting them to the status of their ballot, from when it is printed, sent, delivered and, most importantly, officially tabulated,” the company’s CEO, Steve Olson, said. “No longer do voters have to wonder if their mail-in ballot was actually counted.”

Ballot-tracking systems can also allow officials to quickly alert voters if there’s a problem with their ballot that must be fixed, like a missing signature on the outer envelope or a signature that doesn’t match what the election office has on file in states that use signature verification. Signature discrepancies have been increasingly common reasons for ballots to be challenged or rejected in 2020, a recent NPR analysis found.

Jocelyn Bucaro, the director of the Denver Elections Division, told reporters that in addition to enhancing peace of mind for voters, ballot tracking also helps the security and integrity of a ballot as it goes from each point along the way.

“In urban areas like Denver where people live in apartment buildings with mailboxes that are not necessarily right outside their front door, people are not always checking their mail every day,” she said. “So if they get that notification, and they know that their ballot is waiting for them in their mailbox, it’s a helpful reminder and an important security feature.”

Tue Nov 3 , 2020
Election Day is filled with unknowns. One thing we can count on like clockwork is seeing some of the familiar flavors of false or misleading information circulating online. My colleague Sheera Frenkel wrote that Americans on Tuesday may see misleading reports about trashed ballots, lies that people can vote by […] 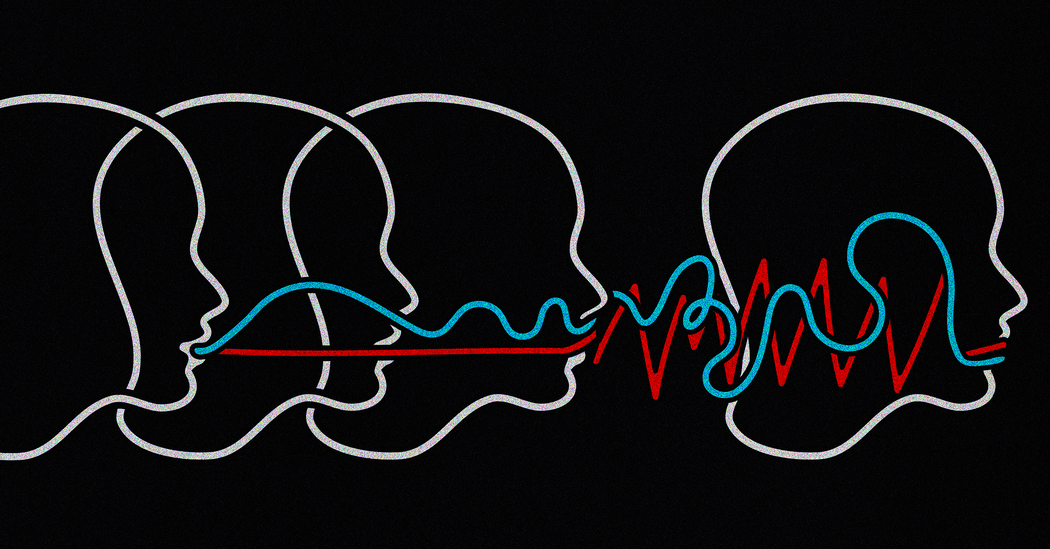