Disrupted by the outbreak of COVID-19, the MBA admissions season that has led to this fall’s entering classes was the most uncertain and chaotic ever. Many of the decisions made during the early spring has had a big impact on the look and shape of this year’s incoming cohorts of MBA students.

If you’re looking for contrasts, look no further than Harvard Business School and the University of Pennsylvania’s Wharton School, both of which published their class profiles last week for what will be the Class of 2022. The utter havoc of the admissions season is clearly reflected in those demographic snapshots that reflect the judgments of admission officials struggling to deal with all of the uncertainty and anxiety that came with the pandemic and the recession.

It’s nothing less than a tale of two business schools. The contrasts are stark. Harvard chose to enroll an entering class of just 732 first-year MBA students, roughly 200 fewer candidates than a more typical incoming cohort. It was the smallest HBS class in decades. Wharton, on the other hand, chose to break a record for the size of its entering class: 916 students, up 7% from the 856 who enrolled in the year-earlier class. The upshot: For the first time ever, a Wharton MBA class will be larger than Harvard’s.

THE FINANCIAL OUTCOMES: A $16 MILLION LOSS FOR HBS; A $5 MILLION GAIN FOR WHARTON

The financial implications of the admission choices are significant. Harvard’s smaller class will cost it more than $16 million in lost tuition revenue in the first year alone. That loss occurs at a time when HBS has already predicted–long before the full impact of its admission decisions–that revenue will plunge $115 million and cause a $22 million loss for the school this year. Wharton, on the other hand, will achieve record MBA tuition revenue as a result of a class that is 60 students larger. If all of those students pay full freight for their degrees, that will mean an extra $4.8 million in tuition and fees this academic year, or nearly $10 million over the two-year program.

There are several reasons for this outcome, all within the control of the school’s admission chiefs. At HBS, Chad Losee, managing director of MBA admissions and financial aid, eliminated the school’s round three deadline in 2018. The last date by which Losee accepted applications from mainstream MBA candidates was Jan. 6–long before the pandemic hit. And unlike many of its counterparts at other business schools, he decided against adding a new deadline or extending his R2 cutoff once COVID changed everything.

Some business school deans, most notably UVA’s Darden School of Business Dean Scott Beardsley, immediately recognized that the pandemic-induced recession would bring a whole new crop of MBA candidates onto the market. Darden’s decision to extend its deadlines and go with a more flexible admissions policy led to a 25% jump in MBA applications. At HBS, apps were merely stable, rising under 1%, after two consecutive years of decline.

Blair Mannix, director of admissions at Wharton, actually decided to extend it due to the pandemic by 14 days to allow more candidates to apply. She made that decision as a direct result of feedback from applicants. Mannix also agreed to review applications from candidates who did not yet have an official standardized test score, giving candidates until early August to hand in official scores. She also extended the deadline for recommendation letters an extra five days.

The increased flexibility Wharton allowed, along with the retention of its third application deadline, helped the school gain a 21% rise in candidates seeking admission. So Wharton, and many other schools, got to see and choose from a much larger candidate pool, including many exceptional applicants that were locked out of HBS.

Losee made another decision as well that would contribute to the shortfall in this fall’s entering class. He granted deferments to any admitted students who requested them, whether they were domestic or international candidates. HBS made that policy decision when it became clear that many international students would have difficulty obtaining student visas while most embassies were shut down due to COVID. Some students, including those already in the U.S., might also decide not to attend HBS’ hybrid start where many classes would be taught online. The smaller class size at HBS this year is a direct result of this more liberal policy on deferments.

‘AS CHATEAU D’YQUEM IS TO SAUTERNES, HBS IS TO BUSINESS SCHOOLS’

“The lack of a third-round hurt,” agrees Accepted.com founder Linda Abraham, “but HBS did something else that I think was well-intentioned, but turned out to be really costly in terms of enrollment and tuition revenue: It told accepted all applicants that they could defer, but had to choose to defer back in May. If things are uncertain now, they were more uncertain and scary then. Other schools did not make a blanket deferral offer. Students had to appeal individually to defer, and if the deferral wasn’t granted, had to give up their seat at a top-tier school while anticipating a more competitive cycle this year.”

Ordinarily, you would think all of this was to Wharton’s advantage. But many MBA admission consultants see it differently. They commend HBS for upholding its high admission standards are not bending to these unprecedented times. “I applaud HBS for what they did,” says Alex Min, CEO of The MBA Exchange, a top MBA admissions consulting firm. “It was probably not an easy decision to make.  It’s clear to me they did not sacrifice quality for numbers, even at the expense of less tuition revenue. If you are the number one brand in the world for something, this is what you do. There may be short-term financial pain, but in the long-term, this is one of the many things that help preserve the brand’s top place in the world.

“What HBS did makes me think of Chateau d’Yquem, a Sauternes that is truly in a class by itself at the top of all Sauternes. When they have a rare bad vintage (year), at great cost – tens of thousands of bottles – they will not put something on the market bearing their Château’s name that would be unworthy to be called a Chateau d’Yquem. The last time this happened was 2012.  As Chateau d’Yquem is to Sauternes, HBS is to business schools.”

A tale of two business schools: Harvard vs. Wharton and how they handled admissions during the pandemic

AT WHARTON, GMATS, GRES, INTERNATIONALS AND WOMEN IN CLASS FALL

As the old cliché goes, the proof is in the pudding. While Wharton’s newly arrived MBA class is larger, the makeup of that class is dramatically different than earlier cohorts. The average class GMAT score plunged ten points to 722, the lowest class average at Wharton since 2012 when the average was 718. HBS does not report average scores in its class profile, but its 730 class median was retained. Wharton’s also lost two points on its average class GRE score (see below table).

Abraham notes that if Wharton had extended its final deadline by more than two weeks, as any other rivals did, the school could have had a better result. “We had many applicants come to us after April 15 — in May and sometimes June — and say. ‘I decided I want to apply this round. I don’t want to wait until next year,’” she says. “Those additional applicants gave the schools options and choices. Some were quite impressive. Wharton and Harvard missed out on all those applicants.  And those applicants were also people who knew they were going to start in a hybrid or off-line environment. Schools that had the third round and extended that round by a month or more, or added a COVID round, had to deal with more waitlist hand-holding, summer melt, and uncertainty, but whether you look at CBS, NYU or Darden, they grew their application volume and at least CBS and NYU were better able to maintain class quality as reflected by GMAT, GPA, and class diversity.”

Whatever the case, everyone concedes that this past admissions season was full of surprises. One of them was the rush of late candidates rushing to apply to take advantage of those extended deadlines. “Everything was relatively ‘normal’ through February.  Then when the pandemic hit, in terms of activity, we had an unseasonably busy March and April and even May. However, the percentage of ‘quality’ inquiries suffered.  We turned away more prospective clients than we normally do. These were people where our assessment of their candidacies was not aligned with their target schools.

“We never say never, and for clients who still want to shoot for the stars, but are also willing to consider less competitive schools if that’s the result of our initial assessment, we will work with them all day. However, for clients, we assess where their candidacy is not competitive for their target schools, and they were not willing to consider less competitive schools, we politely decline even if they want to pay and work with us despite the lost revenue. We had a higher percentage of those this spring than we normally do.”

That’s why this consultant, who preferred to maintain his anonymity, questions the overall quality of the late-round candidates. “Some schools may have had more applicants than in years past, such as Wharton.  However, I question the portion of applicants who were qualified applicants. My conjecture is that it was less, and I’m willing to bet on that. We had prospective clients who realistically had near zero chance of being admitted to a top 10 school wanting to hire us to ‘get them in,’ and last minute at that.  Wharton probably admitted more people than they normally would, thinking they might have a lower yield than normal, then it came back to bite them in the you-know-where.  I would be very surprised if their incoming class is of the same caliber as a ‘normal’ year from the recent past.”

Were the different admission policies at Wharton and Harvard worth more than a $16 million loss to HBS and a potential $5 million gain to Wharton? That’s anyone’s guess. But the back story to those decisions may be more telling than the stats in a class profile.

“I can’t help but think that this is actually a story of endowments,” observes Jeremy Shinewald, founder and president of mbaMission, a leading MBA admissions consulting firm. The last major accounting of endowments in 2016 had HBS above Wharton, $3.3 billion vs. $1.3 billion. In fiscal 2019, however, Harvard’s endowment has climbed to a record $4 billion. “Harvard’s is often reported as 3x times that of Wharton’s and many of the decisions about whether to extend deadlines were made as the market swooned by a third. So, Harvard was in a position of relative strength as decisions had to be made. I would speculate that Wharton made a short-term financial choice to avoid running a loss, while HBS stuck to long-term considerations and ran a loss. Wharton students are fighting the administration right now, while HBS, having given students greater flexibility to defer, took pressure off of the school itself. How this plays out should be an interesting business case in the years to come.”

The post Harvard Vs. Wharton: How Two B-Schools Played The Pandemic appeared first on Poets&Quants. 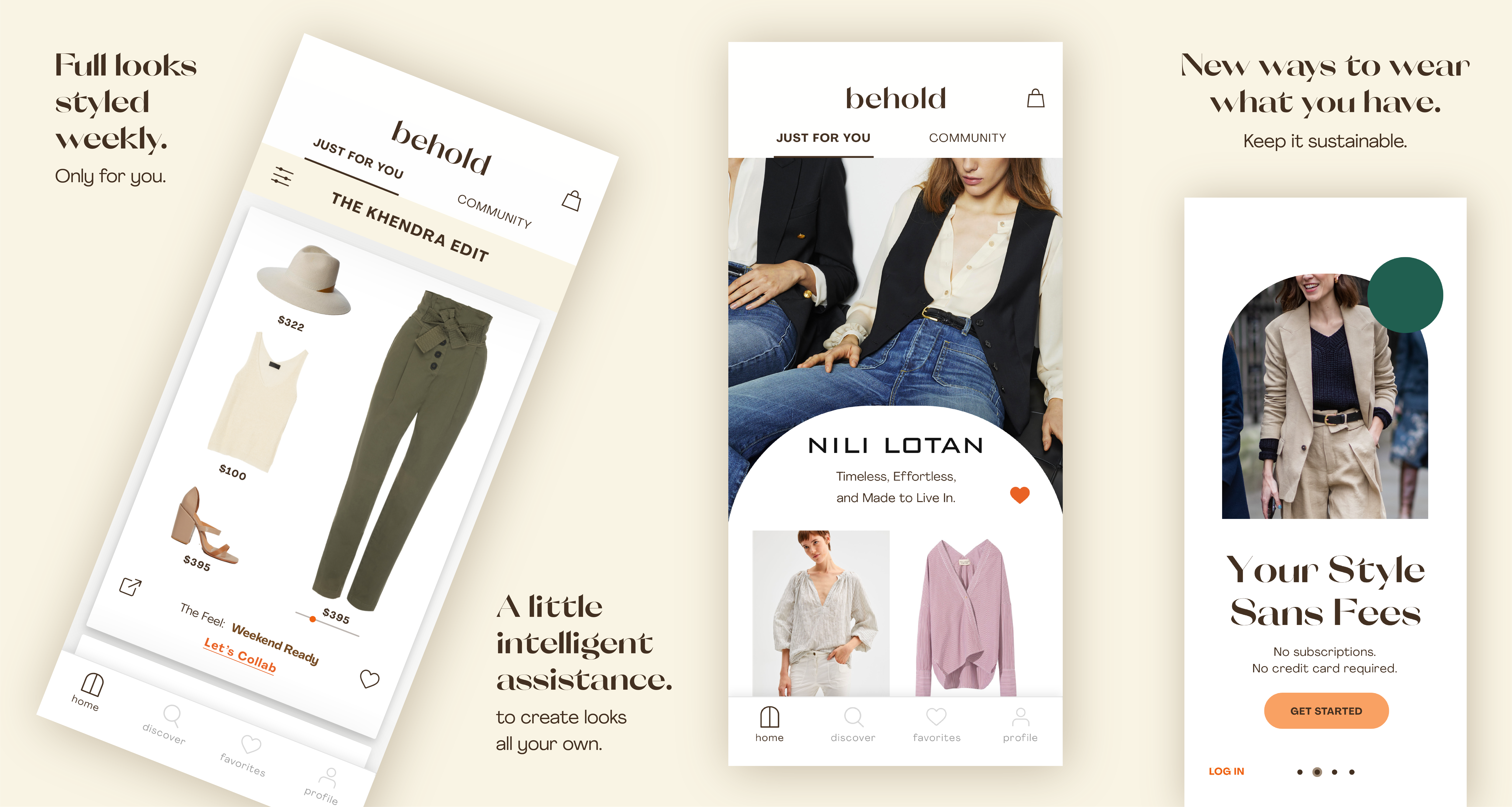