“I had this feeling of guilt, thinking about people out there that might need it more than me… I felt as though I didn’t deserve to be claiming benefits at this age,” says Rosalyn Jackson. She had been working as a freelance actor, doing shifts front-of-house in a theatre and […]

“I had this feeling of guilt, thinking about people out there that might need it more than me… I felt as though I didn’t deserve to be claiming benefits at this age,” says Rosalyn Jackson.

She had been working as a freelance actor, doing shifts front-of-house in a theatre and also working for an events company to make ends meet. But when lockdown hit, shifts dried up.

“I started using my savings to pay my rent, my bills… everything I’d managed to build up over a couple of years was completely gone in two months.”

The 23-year-old wasn’t eligible to be furloughed at any of the part-time jobs.

In late April, she applied for Universal Credit for the first time.

Rosalyn is now one of the 347,000 young women who are claiming unemployment benefits. According to BBC analysis of figures from the Office for National Statistics, that number more than doubled between March and October with the biggest percentage rise among any age group.

Although there has been a widespread increase in the number of people claiming Universal Credit or Jobseeker’s Allowance since the start of the pandemic, women under 30 have been particularly hard-hit.

Universal Credit, the benefit for people out of work or on a low income, has replaced six others, merging them into one payment. It has proved controversial because it can be difficult to work out what you will receive and it usually takes five weeks from the date of claiming to receiving your first payment.

Rosalyn, for example, received her first payment after nine weeks, due to problems verifying her identity.

After accounting for rent and bills for her London flat-share, she has about £100 left each month.

“I usually get the bus to a cheaper supermarket, and try to make sure my food shop per week is £15 or less.

“Right now, it’s enough to pay my rent and bills, but it’s not really enough to live,” she says. “It’s been tough.”

One study by the Institute for Fiscal Studies also found that young women are disproportionately likely to work in pubs and restaurants, retail and the arts, which have been worst affected by coronavirus lockdowns.

“If I was allowed to work, this is my busiest time of year where I do actually make good money because of the hours that you have to put in,” says 23-year-old Beth.

She quit her university studies in business earlier this year after teaching moved online, and decided to take on more hours at her part-time hospitality job in Newcastle instead.

She considered the job “one of the safest out there”. But as pubs, bars and restaurants shut under England’s second national lockdown, Beth was placed on furlough for the second time in 2020.

“I knew how much money I’d been earning from last lockdown, and I realised I was in a bit of trouble.”

She moved back into the family home to save on expenses and submitted a Universal Credit claim in October.

Two-thirds of young women claiming benefits this year did so for the very first time, according to recent polling of 4,000 under-30s by the Young Women’s Trust charity.

Beth describes the application process as “a bit confusing, because it’s something that I’ve never really had to do”.

As the local JobCentre at the end of her road was closed, she wasn’t sure who to turn to for help.

Tips on claiming Universal Credit for the first time

Citizens Advice told the BBC it had given more than 31,000 young women advice on Universal Credit since 23 March.

“Some seven in 10 seeking our support on benefits had never come to us before, showing the scale of this crisis,” said the charity’s interim chief executive, Alistair Cromwell.

“That includes thousands of young people, many of whom saw their jobs in retail and hospitality vanish practically overnight, but still had to make the rent and pay their bills.”

Danielle Owen navigated the system with a bit more ease, thanks to her experience in HR.

The 27-year-old from Swindon was furloughed from her recruitment job at an international company, and was eventually made redundant in July.

“I didn’t have a huge amount of savings behind me. Given the current situation, I decided that it was probably best to look into it straight away.”

She receives £408 per month in Universal Credit, which leaves her with £7 spare after paying her mortgage.

She is paying for bills and food using her redundancy pay-out, until she starts in a new role next year – after more than 300 job applications.

But Danielle questioned whether she should put in a claim, although the pandemic gave her little choice: “There is definitely a stigma around claiming benefits.

“I’ve always worked and the only time I hadn’t, I was in education – basically to get the job that I had.

“I was so proud of the career I had built up, and I just had to let that pride go,” she says.

One in four people surveyed in April said they believed claimants should be ashamed, up from one in 10 of those asked in 2012.

“I’ve had a lot of friends make comments, telling me that at my age I should be working,” says Beth.

“But I never thought I would be in the position where I had to claim benefits. It was the stereotype growing up, and I always wanted to achieve something.”

With unemployment set to rise further, growing numbers of young women who are accessing benefits for the first time are likely to continue to feel worried for the future.

“We know people have been impacted in different ways during this pandemic and our ‘Plan for Jobs’ offers a wide range of support that can be individually tailored,” a spokesperson for the Department for Work and Pensions said.

They also pointed towards the Kickstart scheme, which offers work placements to 16-24 year olds on Universal Credit and at risk of long-term unemployment.

But for those in immediate need, Rosalyn urges them to put aside negative thoughts and comments.

“There comes a point when you have to put yourself first, which is something that women don’t always do.

“Put yourself, your shelter and your food first.”

If you need help with benefits or other financial issues, visit the Citizens Advice or Turn2Us websites.

Tue Dec 15 , 2020
17 ways to make early retirement a reality lovemoney staff 3 hrs ago The steps to consider to live the retirement you really want Most of us expect to work well […] 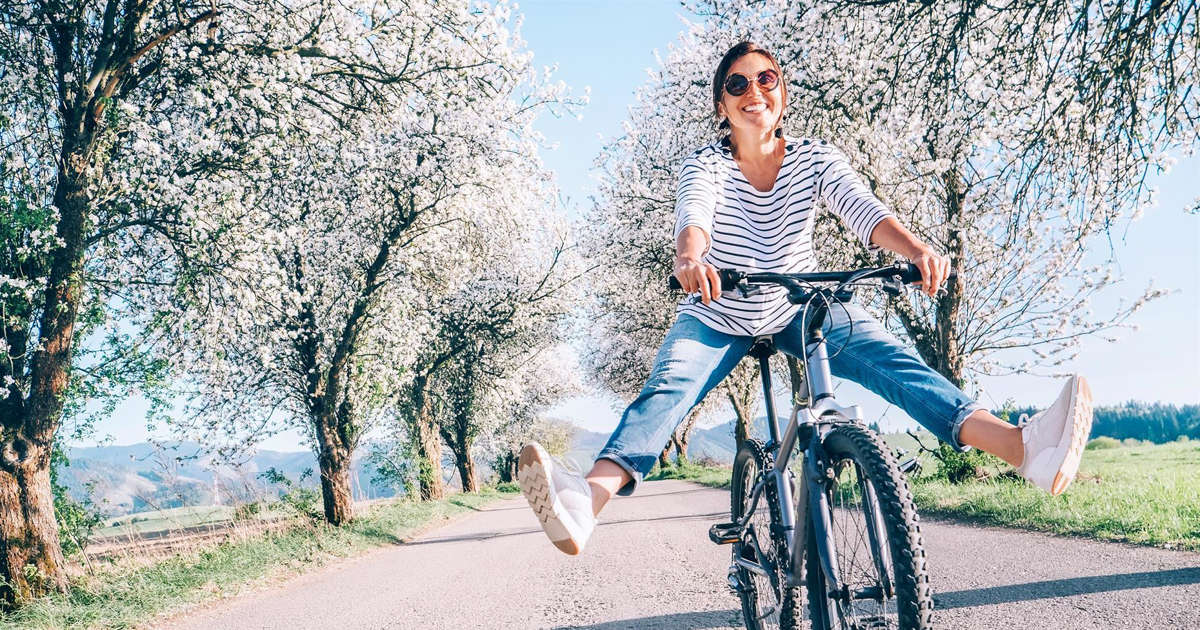