Kell Brook faces the greatest challenge of his welterweight career on Saturday night in Las Vegas, but insists his doubters are a keen source of motivation and he is set “to make history” against undefeated three-weight world champion Terence Crawford, regarded as one of the top three pound-for-pound fighters in the […]

Kell Brook faces the greatest challenge of his welterweight career on Saturday night in Las Vegas, but insists his doubters are a keen source of motivation and he is set “to make history” against undefeated three-weight world champion Terence Crawford, regarded as one of the top three pound-for-pound fighters in the world.

The former welterweight world champion from Sheffield explained from his base in Nevada that he has even had a personal pep talk from ultra marathon runner and motivational speaker David Goggins.

“He’s very inspirational,” he said. “I’m seeing numbers that are very important in my life. Just hearing his voice and seeing him there was enough for me. He was just saying to me to forget all the doubters and just push on. He was telling me I could do it.

“There’s no ceiling, there’s no bar, you can go through anything and do whatever you want to do. That’s the frame of mind I’m in. I need to go out there and feel that. I feel young, I don’t feel like an old 34-year-old, that’s just a number. We saw that with Alexander Povetkin and Dillian Whyte. It doesn’t matter what your age is. I can do whatever I want to do. I’m aiming for the stars.

“It was the first time I’ve ever seen or spoke to him. It was through someone I know in America who is affiliated with Top Rank and they were with him. They put me onto the phone with him and I was like ‘wow’. Just seeing him there… what a motivational morning that was.

“He was out running and my friend caught up with him. He stopped for two minutes and had a quick little debrief with me about everything positive. It was how he normally goes off in military style. What a morning that was for me.

“I’m buzzing, absolutely buzzing for this opportunity. There’s no pressure on me for this fight, I’ve just been training and determined in silence. I’ve been doing everything I’ve needed to do and this moment has come for me perfectly.”

Brook, who has lost two of his contests – at welterweight to Errol Spence and middleweight to Gennady Golovkin – in a 41-fight career, feels pressure-free for this contest.

“I think you’d have to put this victory right up there in British successes abroad, because of what I’ve been through and because everybody is writing me off,” he said. “Nobody is giving me a chance in this fight. You have to put it up there.

“As long as I know what’s what, how I’m feeling and what I’m weighing then there’s no stress. There’s no magnifying glass on me and I know what I can do when I’m 100 per cent, which I am. I know the odds are against me and that motivates me. I know it’s all laid out for me to go out there and do it.

“All the pressure is on Terence Crawford. It’s not like I’m in for a payday, I’m in for greatness. I’m in to make history, become a two-weight world champion and bring it back to Britain. I’m not here to make the numbers up, I’m here to become the undisputed king of the welterweight division and be in the pound-for-pound list.”

Brook has never sounded so motivated: “This guy is arguably the best fighter in the world. Me not making welterweight for so many years, I’ve had my eye injuries and my losses, everybody is saying I’m washed up. So for me to go out there and to put the performance on that’s needed to capture that world title, I think you’d have to put that right up there.”

Terence Crawford vs Kell Brook for the WBO welterweight title is live on Premier Sports 1 on Saturday night.

Thu Nov 12 , 2020
SYRACUSE, N.Y. (WSYR-TV) — Syracuse University is switching to all online learning starting on Thursday, Nov. 12. The university said this might make students accelerate their plans to leave campus. They plan to help students who choose to leave early so they can do so as safely as possible. This […] 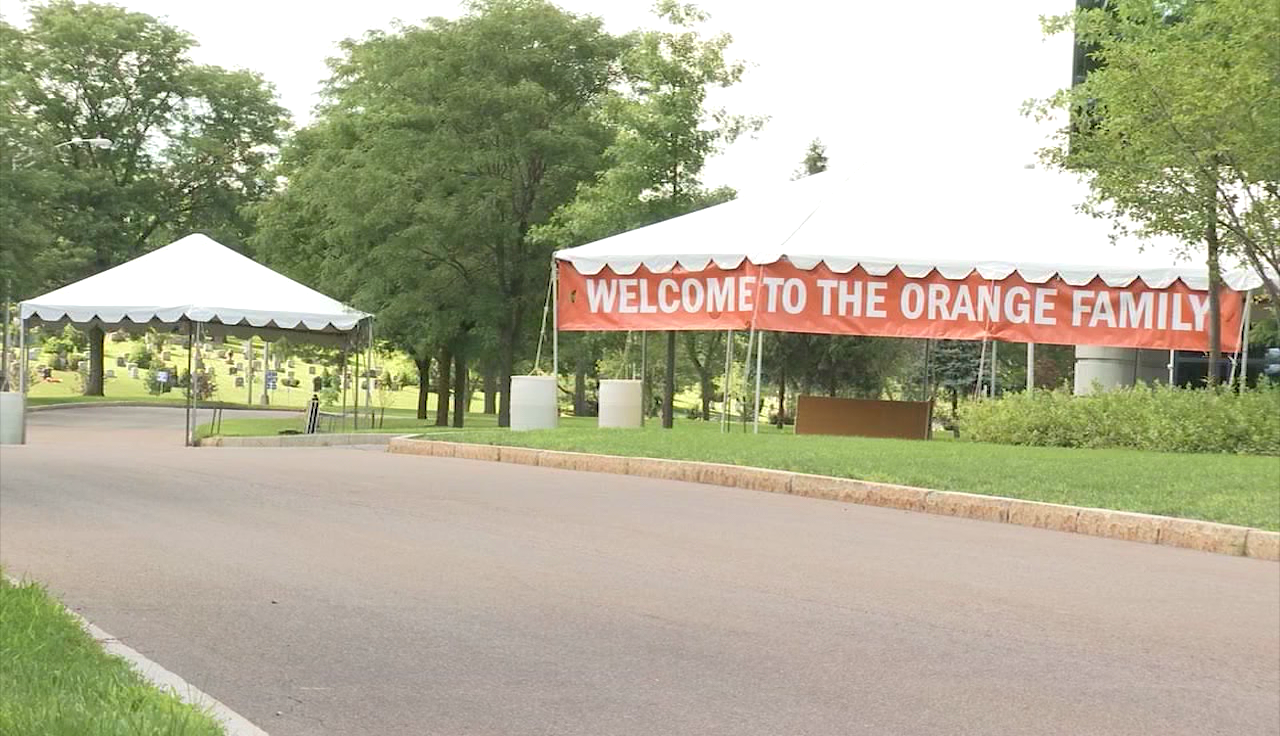