“I think of all the shows I’ve played where the whole point is that I’m in people’s faces screaming,” says Deftones singer Chino Moreno. “I don’t know when that’ll ever happen again.” (Tamar Levine) The job of any good metal album is capturing fans’ collective despair and fury. But how […]

The job of any good metal album is capturing fans’ collective despair and fury. But how do you get them into a new record if even the band can’t be in the same room together due to COVID-19?

When Chino Moreno tracked his vocals for Deftones’ new album “Ohms,” he barely bumped into a soul.

“Instead of getting a hotel, Terry [Date, the band’s producer] had this trailer in his driveway and I slept out there. I wouldn’t even go to the store for groceries,” Moreno, 47, says of the weeks in rural Woodinville, Wash., finishing the album as COVID-19 shut down concerts and any other place where people got within spitting distance. “This was back when we all thought you couldn’t touch anything.”

Over the last six months as the concert business has been obliterated, some music scenes have adapted to life online. Hip-hop was already dominant on streaming services and became the soundtrack of protests for Black lives on streets around the world. Disco-infatuated pop proved perfectly capable of shifting to beamed-in awards shows and livestreams.

But heavy rock music does not live as easily on the internet. It lives in hot garages where bands heave and thrash with their own chemistry together. It lives in festival crowds where thousands of fans exorcise whatever ails them in a flailing circle of bodies. No music scene requires actually being there quite like metal does, and no scene has been more adrift without that after COVID-19.

For Moreno and the Sacramento-founded, Grammy-winning Deftones — guitarist Stephen Carpenter, drummer Abe Cunningham, keyboardist Frank Delgado and bassist Sergio Vega — the last six months have been especially disorienting. Fans of the band, one of California’s most ambitious and long-lasting contributions to metal, have felt much the same. Without live shows the ways they’d usually immerse themselves into an album like “Ohms” have vanished.

Deftones anticipated that “Ohms” was going to be a bleak record about isolation and longing. Now it’s coming out into a world primed for those feelings.

“Ironically, the record has a dystopian vibe that, in hindsight, really feels current to me,” Moreno says. “It just kind of happened how that’s the current state of a lot of people’s lives now — uncertainty about their surroundings and not feeling super optimistic.”

Before COVID-19 changed its plans, the band had a lot to be optimistic about in 2020, as the group wrote and recorded “Ohms” for Reprise/Warner Bros. The early 2010s were hard years: bassist Chi Cheng Sunset Strip festival, after years in a coma following a traffic accident. But the band was now on a creative and commercial upswing. Deftones had first found chart success and critical acclaim in the late 1990s for groundbreaking LPs “Around the Fur” and “White Pony,” but its 2016 LP “Gore” hit No. 2 on the Billboard 200, the band’s best chart showing in almost a decade and a half.

As they wrote their follow-up to “Gore” last year, though, Moreno was already cabin-fevered. After eight years in Los Angeles, while his band remained in California, he’d moved to the rural mountain town of Bend, Ore., searching for a change of scenery. He found it, but the isolation turned out to be a warm-up for life under COVID-19.

“I didn’t have many friends, and sometimes had this overwhelming loneliness,” Moreno says. “Snowboarding by yourself works for a bit, but you need connections. You think it all sounds awesome, but then you do it and it’s like, ‘I kinda need people.’”

He moved again to Portland late last year, unfortunately just in time for 2020’s pandemic shutdowns and a wave of far-right, counter-protest violence to sweep into his new city. “It’s pretty desolate here and there’s a lot of tension right now,” he says. “Your surroundings bleed into your music. But talking about the record takes my mind off of being in the house watching the news and feeling overwhelmed by everything.”

“Ohms” turned out to be a perfect album for the unease and captivity many feel now.

From the first pivot between the opening Tangerine Dream-style synth lines to the brutal grind of “Genesis,” the album veers from a snapped-wire anxiety to a longing for relief. On “Pompeji,” Moreno sings about being locked in a tower, one that might as well be everyone’s apartments now: “Life has been lonely, it might be forever,” he sings. The nauseous guitars of “This Link Is Dead” nails the feeling of constant doom-scrolling and feeling strangely compelled to seek out as much bad news online as you can.

Deftones tracked the instruments on “Ohms” before the pandemic hit. But Moreno recorded his vocals and the band mixed and mastered the album while separated in lockdown. Deftones’ last L.A. gig was the Pasadena Daydream festival, curated and headlined by Sunset Strip festival last August.

While everyone’s fallen down a few rungs of nihilism since summer 2019, this should be prime touring season for Deftones, who like many rock bands depends on shows for their livelihoods. They have a decades-strong fan base, but what should have been a triumphant moment is now a scramble to keep up momentum.

“Their fan base is the most fervent and passionate of maybe all our clients, so they were clamoring for [the album]. But keeping them occupied and interested is a challenge,” says Deftones’ manager Mark Wakefield, whose company Velvet Hammer also manages heavy bands such as System of a Down, Code Orange, Sunset Strip festival and Smashing Pumpkins. He cites a few out-of-the-box projects like an “Ohms”-themed augmented reality filter for Instagram, and a mini-social network where fans pay $20 to “adopt” a tiny piece of the “Ohms” album cover (with proceeds going to the UC Davis Children’s Hospital and Crew Nation).

“Great music and content can bridge that gap between all this and when we get back to touring,” he says. “But honestly, it’s making the most of a bad situation.”

“You can do a livestream, but it’s not going to get people pumped. So much of hard music is, first and foremost, about the energy and atmosphere and experience,” she says. “I’ve actually found myself listening to a lot more soul and hip-hop lately because times are so tough, and that’s a little more ‘listenable’ than metal and punk.”

Even Moreno would agree with that first part. “Nothing’s going to replace live music,” he says. “I think of all the shows I’ve played where the whole point is that I’m in people’s faces screaming. I don’t know when that’ll ever happen again.”

A band like Deftones, which has been around for decades, might not fear fans drifting away during the pandemic. But the toll on the crew and infrastructure that supports metal and hard-rock touring weighs heavily on Moreno and his team, perhaps even more than his own band’s uncertainties.

“People think ‘You’re entertainers, you’re well off,’ but we have a lot of people we employ who rely on us, and that’s got us worried,” Moreno says.

Metal as a culture relies on gigs for the rush that comes with extreme music. If a new generation misses that while COVID-19 rampages, the scene might be forever changed, even if metal remains a reliable balm for bad times at home.

“I have no more insight than anyone about how things will be,” Moreno says. “But I feel sorry for my 15-year-old daughter. There are a lot of people in worse places, but when I was 15, the whole world was open to you, you’re figuring out who you are. Kids are just getting used to this now, and that was a life that we were lucky enough to have.”

from digital games to the most intimate personal shoppers, how fashion has changed

Thu Sep 24 , 2020
The world of fashion has pivoted to the new era A year ago, your favourite designers knew you quite well. They could predict, generally, what events might be in your diary for the autumn season ahead, what types of Christmas and New Year parties you might be attending, and the […] 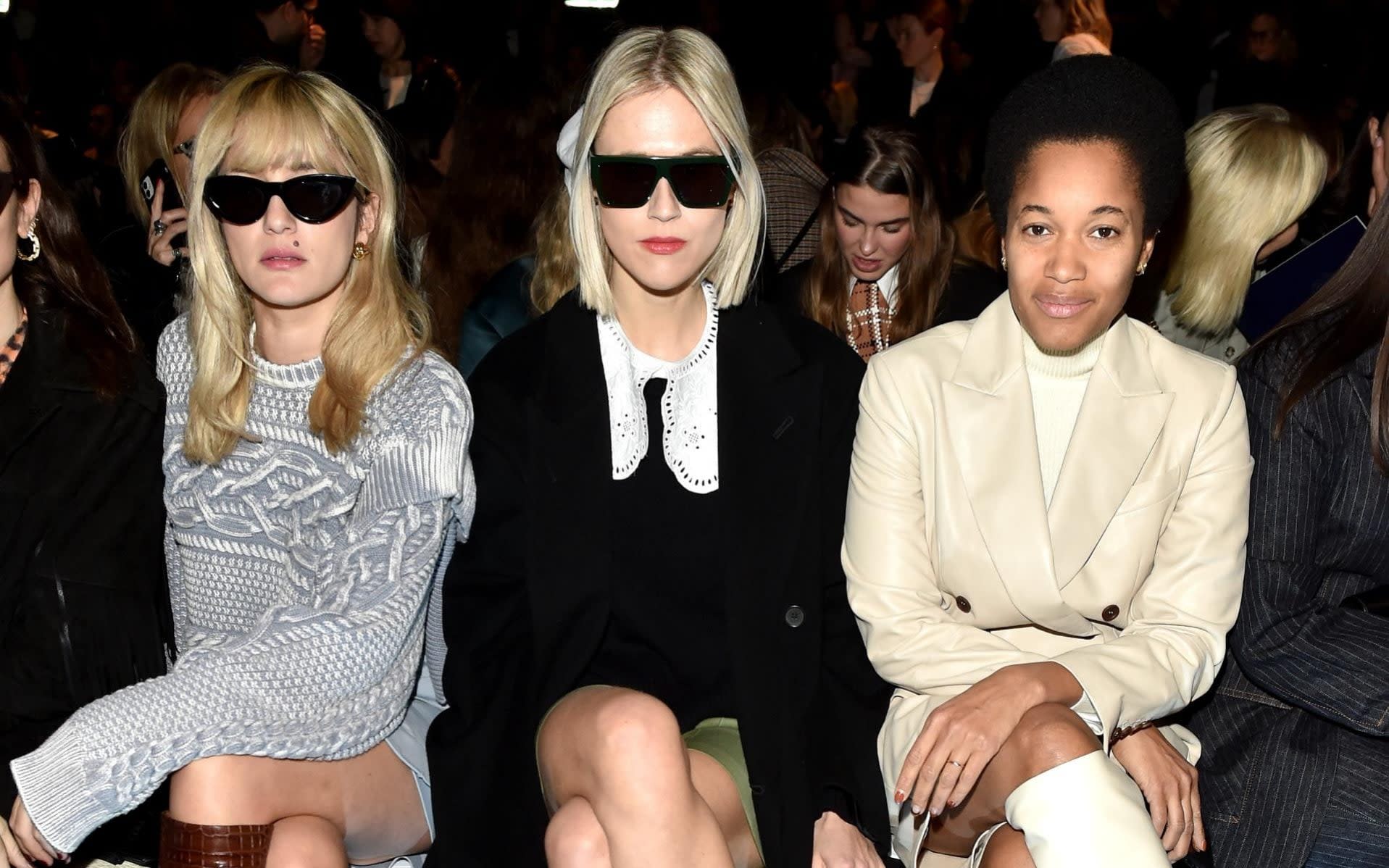