Police patrol south London’s Greenwich Park earlier this year – Peter Summers/Getty PM to ban larger gatherings of family and friends Social gatherings of more than six people are to be made illegal. Boris Johnson will make the announcement today after a sudden surge in coronavirus cases prompted fears of a […]

PM to ban larger gatherings of family and friends

Social gatherings of more than six people are to be made illegal. Boris Johnson will make the announcement today after a sudden surge in coronavirus cases prompted fears of a second wave. It is the first time the Prime Minister has reimposed a national lockdown measure since restrictions were eased, reflecting growing alarm at the rise in infections and daily deaths. At a Downing Street press conference, Mr Johnson will say: “We need to act now to stop the virus spreading.” From Monday, anyone breaking the six-person rule potentially faces a £100 spot fine. The limit of six people from up to six households will apply to adults and children indoors and out – in homes, gardens, parks and venues such as pubs and restaurants. The “two-household” rule, which allowed up to 30 people from two different homes to meet, is scrapped. It makes family and social gatherings of more than six illegal – but there are some exceptions. Read what you can and cannot do from Monday.

The Telegraph has learnt ministers are also considering a national “curfew” after hospitality venues in Bolton were ordered to close from 10pm to 5am. The Greater Manchester town now has the highest rate of infections in the country – traced back to young people apparently ignoring social-distancing rules. Ministers fear Britain is now only weeks behind other European countries in experiencing a second wave after easing lockdowns. View the charts that show how the UK’s cases are picking up pace. And search for confirmed infections by postcode.

Launch of new Brexit Bill – which breaks the law

Controversial legislation that would override elements of Boris Johnson’s Brexit deal with Brussels and breach international law will be published today. Northern Ireland Secretary Brandon Lewis provoked a furious reaction when he confirmed plans to change parts of the Withdrawal Agreement would break the law. The row erupted as Sir Jonathan Jones QC, head of the government legal department, quit in protest yesterday. Read a profile of the straight-shooting civil servant whose resignation was long in the making. And take a moment to allow Matt and Blower to raise a smile with their Brexit-themed cartoons today.

The Duke and Duchess of Sussex will be able to dictate who moderates any discussion with them, according to a leaked document outlining the conditions for booking the couple as “virtual” speakers. Event organisers will also be required to specify in advance the fee being offered and give full details of any sponsors, including “what they are receiving in return for their sponsorship” before even issuing an invitation to Prince Harry and Meghan. Associate Editor Camilla Tominey has more on the steps bookers must take to secure an online audience with the couple.

Donors turn on XR | Extinction Rebellion faces a split with millionaire backers in the US following its blockade of UK newspaper printing presses. The protest group last year received £270,000 from the Climate Emergency Fund, which was set up by wealthy environmentalists including descendants of the Getty and Kennedy clans. Trevor Neilson, one of its co-founders, said that blocking newspapers was “not a helpful strategy”. Nick Allen has our full, exclusive report from Washington.

Around the world: Mask enforcement in Bali

A woman is stopped by Pecalang police for not wearing a face mask in Jalan Pantai Pererenan in the Mengwi region of Bali. The Indonesian island has imposed a 100,000 rupiah (£5) fine on people who do not wear a mask in public as a measure to prevent Covid-19 from spreading. View more striking pictures from around the world in today’s gallery.

Closing the door | Royal Mail has hinted it could scrap Saturday letter deliveries in one of the biggest postal service shake-ups since the Penny Black was introduced 180 years ago. As Oliver Gill reports, the former FTSE 100 company is considering possible changes to its governing regulations amid a scramble to focus more on parcels in the hope of making up ground lost to companies such as Amazon and DPD.

Denmark 0 England 0 | It was a bore draw on a night of frustration in Copenhagen. As Chief Football Correspondent Jason Burt reports from the Parken Stadium, Gareth Southgate handed out four England debuts – but the result was unimpressive. Matt Law has our player ratings.

Menemen (Turkish eggs) | An easygoing dish by Diana Henry that makes a perfect supper for sharing. Read on for the recipe.

Jessica Krug, the movie | A white academic pretending to be black? Hollywood got there first, in 1986 – and almost started a race war. Tom Fordy goes inside the racial nightmare of Soul Man.

How to be appreciated for your hard work as a developer

Wed Sep 9 , 2020
So you’re interested our Growth Quarters subbrand? Then join our online event, TNW2020, where you’ll hear how the most successful founders kickstarted and grew their companies. Let me start with a simple exercise. This article was originally published on .cult by Tomasz Lakomy. .cult is a Berlin-based community platform for […] 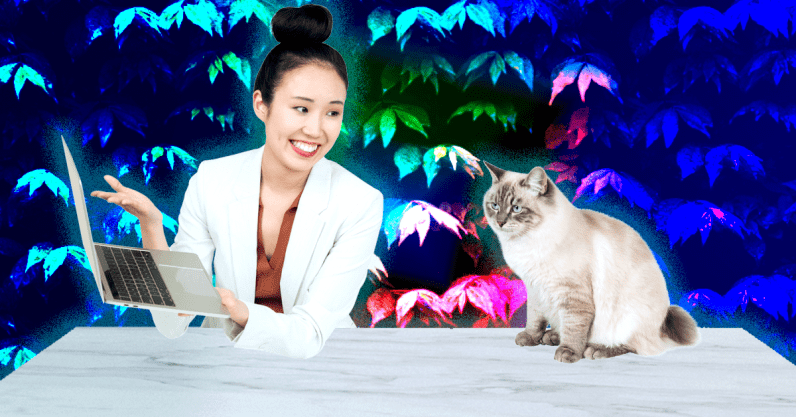