You don’t know me, but the news of your decision to leave your position as senior advisor to President Trump in order to focus on your children during this relentlessly stressful time resonated with me in a deep and personal way. Now, there may be other reasons — “focus on my family” is the great catch-all departure phrase as you well know — but I’m going to take you at your word. Why would you lie?

The COVID-19 pandemic has brutalized so many, but it’s been particularly hard on working mothers, hasn’t it? With everyone home 24/7, the demands on your time, even when you are clearly working, are endless. And don’t get me started on the way the refrigerator seems to empty itself and no one seems to understand how a dishwasher works except you.

I feel your pain, Kellyanne, especially now that school is starting and parents once again are expected to add “teacher” to their job description. Let me congratulate you, by the way, on your decision to ignore your boss’ incessant demands that schools bring students back to the classroom. I was so relieved to discover that your kids will be learning remotely “at least for the first few months.” At least you understand that even one kid harmed is too many. Especially when it’s your kid.

My kids are home too; I can only imagine the worry some parents are experiencing in states that hewed more closely to the president’s directive. Some school districts opened only to close again. Whew! And it only took a few thousand more Americans contracting the coronavirus — and no doubt many, many more being exposed — to make that happen. Ah, well, it is what it is.

You won’t have that anxiety at least, thank God. Though I imagine you and your husband are quite worried about your oldest daughter, Claudia, what with her apparent desire to emancipate herself from your care. Social media, am I right? But then the pandemic has been so hard on young people. Stuck at home with nothing much to do but watch infection and death rates spike as so many Americans — emboldened, I have to point out, by your boss — first downplayed the pandemic, then fought against wearing masks and following other guidelines offered by medical experts.

How hard it must be for young people, seeing any hope of summer enjoyment or for that matter, gainful employment, wither with the economy. My son is a 2020 college graduate; after all those years of hard work, he’d like to start working in his chosen profession, except there is no work in his chosen profession at the moment — but think of his savings at tax time! My daughters would also like to be experiencing some sort of life separate from their parents. Alas, we do believe in science — as a family! — so they have been sticking pretty close to home, watching helplessly as their country, lacking any real federal guidance, fights itself more fiercely than the virus.

Is it any wonder so many high school and college kids are still partying like it was 2019? At least Claudia has been confining her interactions to the safety of social media. Which is why, I suppose, you and your husband decided that Twitter was the way to inform her that you both would be returning home full time. She seemed pretty upset, though, posting her frustration that you hadn’t even discussed it with her first. But as I said, the coronavirus and our country’s inability to deal with it effectively have been very hard on young people.

Add to all that the many protests against racism and police brutality — social scourges we really should have eliminated by now, don’t you think? — and I imagine a lot of teenagers are feeling pretty pissed off about the world they will inherit, if they can ever leave the house. My kids are a bit older than yours and their frustration has led to many spirited and emotional conversations in our house, let me tell you.

I’ve had to look them in the face and acknowledge that I haven’t done enough to make the world better or safer for them and it has not been much fun. I too am a loving mother who wants to take care of her children, but I’m realizing like never before that “more Mama” doesn’t mean “less drama.” It means Mama has to face the drama, the altered realities and overwhelming frustration of young people wondering how we screwed things up so badly. And face it in person, every day. Mama’s had to realize that all the banana bread and homework checking in the world cannot fill the cracks that have widened between people in the past four years. Cracks that kept us from fighting this virus as a country rather than a series of politicized nation-states.

And my public profile and political clout are so much lower than yours, Kellyanne. You’re a senior advisor to the president. It’s only natural that family members might feel you are in some way personally responsible, at least in part, for our federal government’s terrible handling of a crisis that has gotten so bad that you, Kellyanne Conway, fixer extraordinaire, feel you need to quit your job to tend to your children.

But there are so many things to be grateful for, aren’t there, Kellyanne? We are among the lucky ones after all; we have jobs that do not put us in harm’s way and resources that allow our families to shelter safely, our children to experience online learning in the best environment possible. Lots of people don’t have that. Because the United States has been unable to control COVID-19 in the way other countries have, lots of people have lost loved ones, lots of people are still sick, many are out of work or forced to remain in jobs that are far riskier than culture columnist or senior advisor to the president.

But look at you! The ultimate pandemic success story! Your family has enough financial stability that in the middle of a crashing economy both you and your husband can afford to quit your jobs to take care of your children. What a message that sends!

Family first, obviously, but if we’re being honest, only when it’s your own family. I mean, even taking “alternate facts” into account, Trump has not been a very family-friendly president. Whatever gains he can claim to have made in the economy have been wiped out by the coronavirus. And, as you are learning firsthand, without any kind of national childcare program, parents are simply on their own when it comes to balancing work and family. Especially now, with so many schools and daycare centers closed, the burden of “having it all” has landed largely on mothers.

If only there had been a working mother among Trump’s inner circle, a woman who could have moved this presidency to take the safety of American families seriously enough to not dismantle his pandemic team, to view early reports seriously; to take dramatic federal action; to unite the country against a common foe; to, at the very least, not make things worse by downplaying and politicizing a virus that has killed 177,000 Americans, shattered the economy and made life harder for millions of families.

Including, as it turns out, yours.

So congratulations on your decision to quit your job in order tend to your children full time. Amid the crisis you helped create, you and your husband are among the few Americans who can.

iRobot's cleaning Roomba is getting a brain transplant 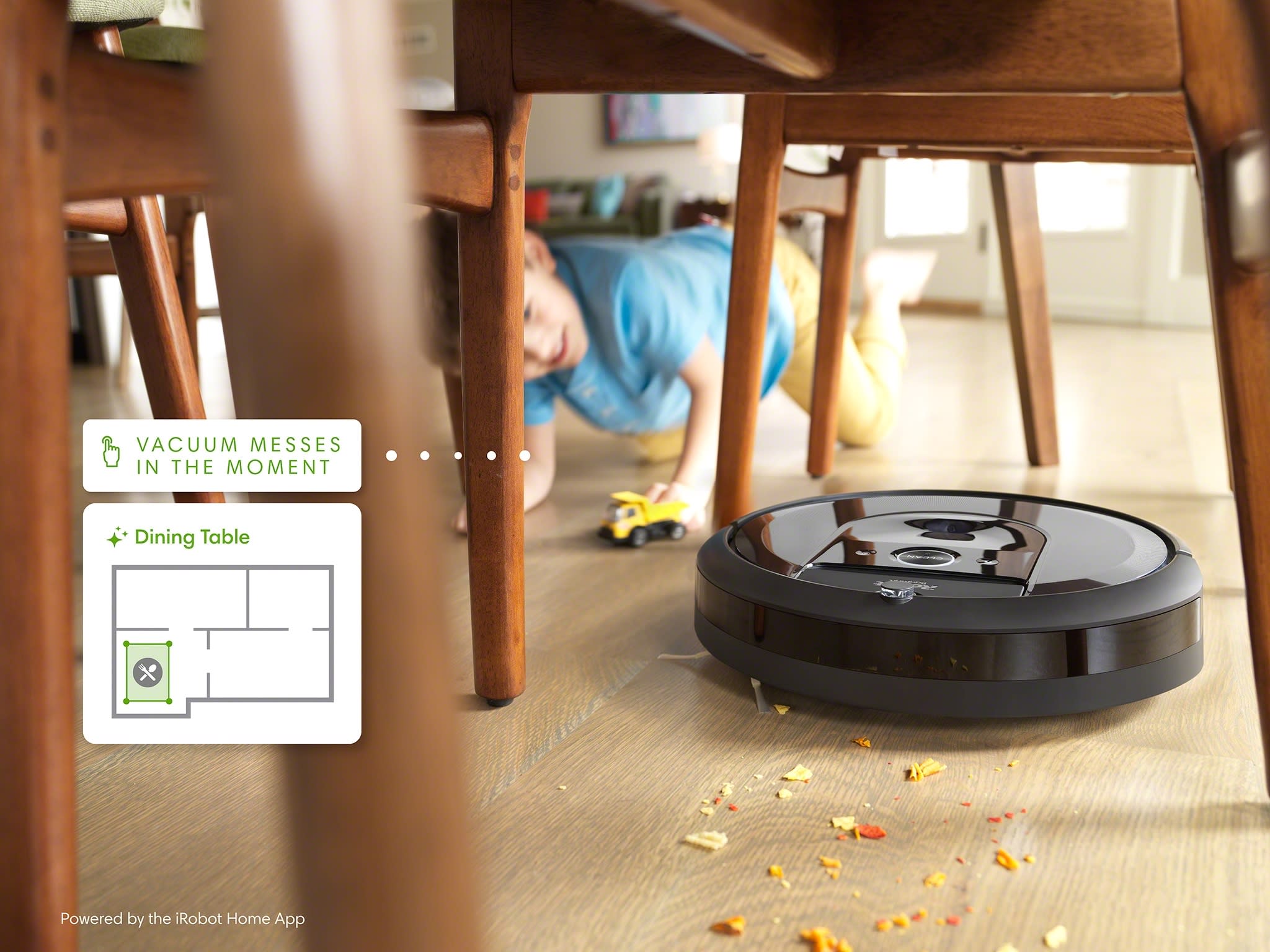