Over the past few months, I’ve seen more discussion of the Black Lives Matter movement in the mom groups I’m in. Oftentimes, what should be open and honest conversations to help parents learn instead lead to issues in the groups. In fact, I was recently banned by a group administrator […]

Over the past few months, I’ve seen more discussion of the Black Lives Matter movement in the mom groups I’m in. Oftentimes, what should be open and honest conversations to help parents learn instead lead to issues in the groups. In fact, I was recently banned by a group administrator from a large Facebook mom group after posting in solidarity with Black moms in the group who were advocating for antiracism conversation to be permitted and for a Black moderator to be added.

As a member of multiple mom groups, I soon realized this problem was not exclusive to that one. Other groups were also dealing with similar issues regarding how to handle the discourse about racism, the Black Lives Matter movement, protests, and police brutality.

Instead of substantively addressing these issues, I’ve witnessed white administrators struggle with how to moderate the conversations. In some groups, I’ve seen Black members and allies silenced or banned when they spoke up about racism. In others, I’ve seen comments turned off on anti-racist posts but open for anti-protest posts, or a blanket prohibition of “political posts” established – with no explanation as to what is deemed political.

Related: 4 Things Non-Black Families Can Do For Racial Justice

Though this might seem like “mom drama” on its face, it highlights a bigger issue: The presence of white privilege in these online spaces, and a resulting lack of diversity and inclusion in online mom groups. As the Verge recently reported, many Facebook groups are falling apart because of the infighting and censorship of Black Lives Matter.

For moms of color, these mom groups might not be as useful because of the lack of inclusivity.

According to a 2020 report, 87 percent of moms in the United States use some form of social media, often turning to their online groups as a valuable resource. These are groups where moms make friends, find playdates, and source fun ideas for kids to do, but also where many moms seek advice on important issues like feeling overwhelmed, managing postpartum depression, or other medical issues, like colic or COVID-19. For moms of color, however, these mom groups might not be as useful because of the lack of inclusivity.

When Nicole P., a mom in New York City, was pregnant, she sought out mom groups to join to get a sense of what resources were available, but found information to be limited. “The major groups are mainly run by white moms. The conversations, posts, and products don’t always fit my needs [as a Black mom],” Nicole told POPSUGAR. When Maiesha T., who lives in Chicago, was breastfeeding, she only joined Black mom breastfeeding groups on Facebook because she thought they would be safer spaces for a Black mom like herself. “Also, it was inspirational to see women who looked like me breastfeeding because I rarely see that online and in breastfeeding posters,” Maiesha told POPSUGAR.

Related: You Should Be Talking to Kids About Race Earlier Than You Think – Here’s How to Navigate the Discussion

After George Floyd’s death, and the national discussion about Black Lives Matter and antiracism grew, the dynamic shifted in many of the online mom groups I was in. Some moms wanted to openly discuss racism while others viewed such discussion as politicizing a parent group. “It’s wrong for Black and melanin voices to be drowned out. The world consumes Black culture, but can’t accept Black people? Not okay,” said Heather L., a mom in California whose mom groups have had open discussion about racism. “Speaking about racism in mom groups is important because racism is learned at home, at a young age,” she added. She’s right – children begin observing and differentiating between races from the time they are babies. At just three months, babies demonstrate a significant preference for faces from their own race. Between 2.5 and 5 years of age, social preferences based on race emerge and by age 5, kids express preference for their own race.

“Speaking about racism in mom groups is important because racism is learned at home, at a young age.”

Alicea A. has received micro-aggressive comments in her small mom group. Alicea is the only Black mom in the group, and there has not been a discussion about racism. “To be honest, it’s like they’re scared to talk about it and I can tell that there are certain women who tip-toe around conversations with me even when I mildly bring up something [related to race]. It’s like they avoid it and that actually hurts more,” she said. LaNeisha B., a mom from Michigan, has had similar experiences in her singles mom group. She believes dialogue about racism is mostly “ignored” because there are not many people of color in the group. The dialogue that does happen is “often met with the other white moms not really having answers because this is the first time they’ve had to address it,” she said.

Fostering discussion in online mom groups about racism and antiracist practices can help moms learn how to parent better. “While it’s nice to have a group of moms to ask about things like rashes and sleep training, we also need to be able to discuss [racism],” said Cody K., who lives in Florida. “It affects all children, whether a child is a perpetrator, victim, or bystander. Conversations need to be had to prevent it,” she said. She was previously in a group in which the all-white admin team classified discussions about racism as “political” and therefore did not allow them. Members who questioned the policy would be banned, according to Cody. She is now in self-described “unicorn groups,” one of which has a diverse and representative admin team, where diversity is celebrated and antiracism is discussed openly. For Jeanyne J., race has also been a welcomed conversation in her local Ohio mom group. “It’s been an excellent learning opportunity for myself. As mothers, nurturing the next generation, it’s our duty to make sure we understand the fullness of the situation, including knowledge of all sides of the issue,” she said.

Related: 9 Expert Tips to Help You Talk to Your Kids About White Privilege

It’s become increasingly clear that given the digital age we live in, diversity and inclusion needs to be considered in digital spaces, as well. “I need a village that has moms with various levels of experience with antiracism to help me learn and grow,” said Cody. When you have a diverse group of people in one group, it is important everyone feels like they belong. Some ways to do so are to have listening sessions with Black members and other members of color to find out ways to make the group more inclusive; to ensure that administrators are diverse and representative of the members; and to encourage conversation that has to do with racism and other pertinent issues so members feel included and cared about. By doing so, the group dynamic will be enhanced and will hopefully feel safer. It can also lead to fundamental personal growth in antiracist learnings that can be carried into families and communities.

“It’s important to speak [about] our experiences because a lot of people don’t know the levels of racism [Black people] experience daily. These need to be known so that moms can put themselves in those shoes, and teach their kids that’s no way to be or feel,” said Heather.

So, to all mom group administrators, when members ask to be heard about these tough but important issues, do not silence them. Instead, please listen.

This Is the Best Way to Lower Your Cable Bill, Experts Say

Wed Sep 23 , 2020
Considering the amount of time many people are spending at home these days, having easy access to your favorite shows and movies has begun to feel more like a need than a want. Unfortunately, if you’re accessing those services through a standard cable provider, you’re likely paying a pretty penny […] 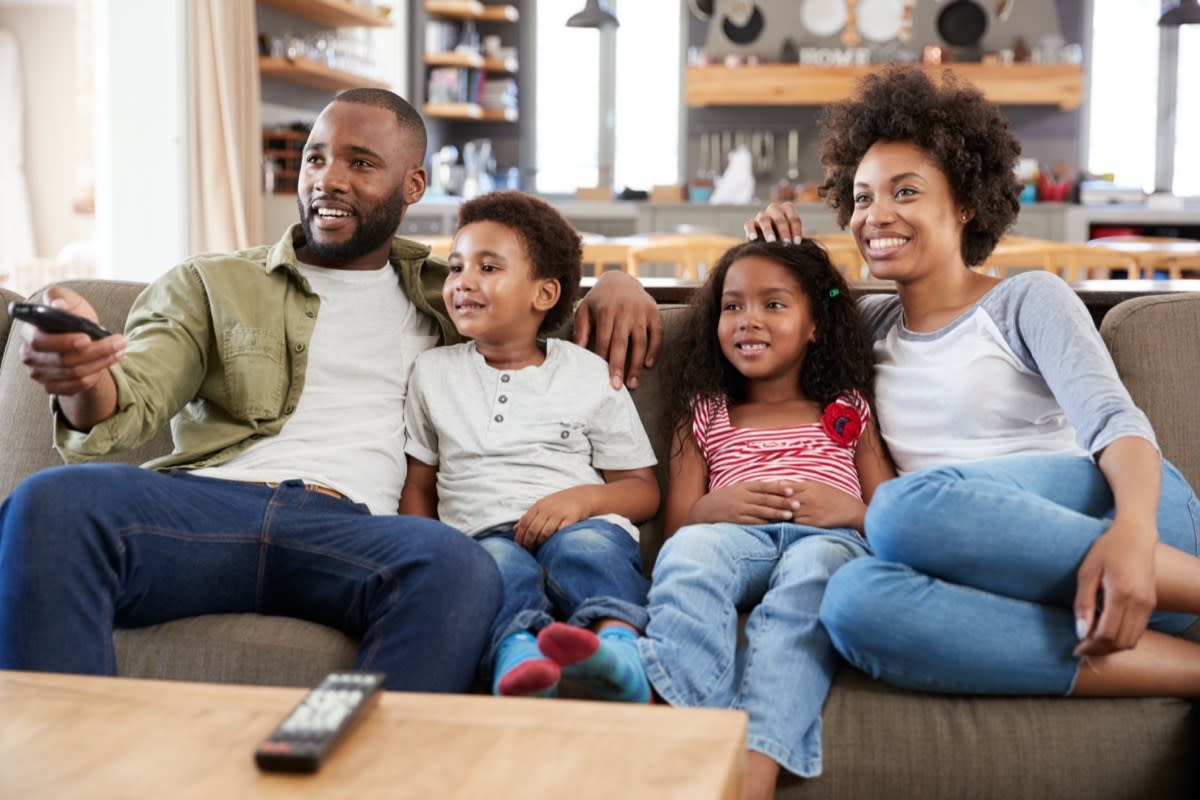