The data visualization laboratory at Imperial College London What is the most competitive business education program in the world? You might think that it is the MBA at Stanford Graduate School of Business or Harvard Business School. You would be wrong. It is the full-time, 12-month MSc in Business Analytics […]

What is the most competitive business education program in the world? You might think that it is the MBA at Stanford Graduate School of Business or Harvard Business School. You would be wrong. It is the full-time, 12-month MSc in Business Analytics at London’s Imperial College Business School.

According to the school, 3,964 applications were started by potential students for the September 2020 intake, and 1,967 completed applications were received — for just 87 places in the full-time program. That means there were 22.6 applications for each place, or to put it another way, just 4.4% of applicants got in. To put the numbers into context, a ratio of under 30 is seen only at the very top MBAs. At Stanford, the number this year is an estimated 7%, while at Harvard it is 13%.

As one business education consultant put it: “These numbers make Stanford look like a public library.”

‘THE MOST RIGOROUS & BEST MIX OF QUANT SUBJECTS & ACTUAL TRAINING’

So who are these elite applicants who make it onto this program? One member of the autumn 2020 class is Monica Brondholt Sorensen, who came to Imperial with an undergraduate degree in economics and mathematics from the University of Toronto. After working as an analyst in a business intelligence team at a sports and entertainment company for seven months, Sorenson realized that “I had skills gaps. Everything I have done so far has been pretty theoretical, so I really craved a practical education that would give me some skills I could apply in the real world.”

What appealed about the Imperial program? “It seemed like the most rigorous and the best mix of quant subjects and actual training and programming skills,” Sorensen says. “The school was a big pull for me, the fact it was a business school at a STEM university.” She received acceptances from London Business School and the London School of Economics, but opted for Imperial over both of them. She says that the application process was pretty straightforward, a single online test where she answered a series of questions on camera – she never even had a conversation with a human being.

Another successful candidate was Lisa Balboa, who studied natural sciences and business at Cambridge University and had just started work as an actuary. Because she “thoroughly enjoys learning new things,” Balboa thought the business analytics program at Imperial would be “a great challenge.”

“What really stood out for me,” she adds, “is Imperial’s reputation, and that the online program is exactly the same as the full-time, meaning that I can do it while I’m working and can apply it immediately in real-time.”

Part of the draw is London, a buzzing, multicultural, international business hub despite the problems around Brexit and COVID. But Imperial College itself is also a big attraction. It boasts 14 Nobel Prize winners, and its reputation for cutting-edge STEM research has only been enhanced by its leading role in the development of a COVID-19 vaccine. Imperial has also been a leader in distance learning for many years, meaning it is well placed to adapt to the disruption caused by the pandemic.

INSIDE A PROGRAM DESIGNED WITH EMPLOYERS

The Imperial Business Analytics program is not a blend of pre-existing courses but is designed from scratch alongside employers. “Our students learn how to make sense of data and how to use it for making decisions within business,” says Wolfram Wiesemann, the program’s academic director. “They learn to use descriptive analytics such as probability theory and statistics, as well as visualization to make sense of data, machine learning and prescriptive analytics.”

A hot topic is “interpretability and fairness in machine learning and artificial intelligence”; for example, ensuring that algorithms are not racially biased, and explaining to patients why someone else has been given priority for critical care. “These are very active research areas these days, with important consequences on how we apply analytics in practice,” Wiesemann says.

Students start off by getting up to speed with programming languages Python and R, before moving on to subjects like network analytics and machine learning, then becoming more specialized with courses on subjects like healthcare or financial analytics and practical business projects where students work together to solve real-life problems.

The program really took off in the past couple of years, after its name was changed from “data analytics.” But its success isn’t just a triumph of marketing. The rise of companies like Netflix, Spotify, Uber, Google and Airbnb means “it has become a lot easier for people to grasp the concept and potential applications of Big Data,” says Joel McConnell, executive director of marketing, recruitment and admissions.

CANDIDATES WITH STRONG STEM BACKGROUNDS HAVE THE EDGE

So who is the elite group who get onto on this program? Successful candidates have strong STEM backgrounds and good analytical skills. The average GMAT for the autumn 2020 intake was 700, and the most common competitor schools for their talents are MIT, London Business School, University College London, and the London School of Economics. Of the new cohort, 96% are international students, with 27 nationalities represented, and 52% are women. The percentage of Chinese students was down from 28% to 12%, presumably due to problems securing visas.

The program works. Within 90 days of graduating, 94% of last year’s full-time cohort had found jobs, with 63% staying in the UK, up from 46% the year before, while 11% found jobs in Asia, down from 30% in the previous year, and 24% took jobs in Europe, up from 18%, figures which reflect the difficulties with international mobility this spring and summer. The UK’s new graduate work visa program, which allows master’s graduates to stay in the country for two years after completing their degree, will probably encourage more to stay in the UK.

Lisa Balboa says that she plans to stay in actuary, and is excited about using her new-found skills to do things differently. Monica Brondholt Sorensen wants to go into consulting, to learn how data can be used to solve business problems in many sectors. And after that, perhaps into a tech firm. As graduates of the world’s most elite MSc, though, you imagine that the world will be their oyster.

The post Inside The Hardest B-School Program In The World To Get Into appeared first on Poets&Quants.

Fri Oct 2 , 2020
NILES — A new business is making suds locally. Kaley Williams, of Niles, started her bubbling business a little over a month ago. As she worked to perfect the craft in the months leading up to launching, the hard work has resulted in the creation of Clay and Cactus Soapery. […] 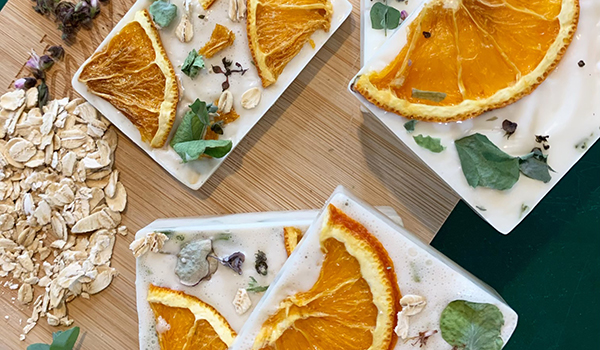