As the weather turns colder, some Massachusetts cities and towns are setting plans to reopen their facilities to the public. Others don’t plan to fully reopen municipal buildings anytime soon â€” and they say some of the new ways they’ve been connecting with residents could be here to stay. As […]

As the weather turns colder, some Massachusetts cities and towns are setting plans to reopen their facilities to the public. Others don’t plan to fully reopen municipal buildings anytime soon â€” and they say some of the new ways they’ve been connecting with residents could be here to stay.

As of Aug. 10, at least 35 communities had reopened their city and town halls to walk-in service, with some operating on reduced hours, according to a voluntary survey compiled by the Massachusetts Municipal Association. The survey indicates that a larger portion of municipalities have reopened city and town halls on an appointment-only basis, while most libraries and senior centers remain closed aside from curbside service and virtual programs.

Bellingham’s town hall has been open to the public since mid-June, though the town is encouraging residents to do their business online when possible, Town Administrator Denis Fraine told the News Service. Before reopening for walk-in service, officials had to make sure Bellingham had enough cleaning supplies and personal protective equipment on hand, as well as the necessary staffing to handle increased cleaning protocols, Fraine said.

The town has also reopened its library on a limited basis, with some areas, such as the computer kiosks, still shut down. The facilities haven’t seen nearly as much traffic as they would prior to the pandemic, Fraine said, but residents are glad to have the option.

“A lot of people like to come in and visit the Town Hall. They have questions they don’t want to deal with on the phone, they want to come in in person,” Fraine said. “Given the setup that we have in our foyer, where all the customer services are, we were able to do that, we think very safely, and haven’t had any problems so far.”

But not all municipal leaders have taken that approach. South Hadley Town Administrator Michael Sullivan said that with the innovations the town has made to serve residents remotely, such as online bill payments, a library delivery service for seniors, and an online reservation system for the local transfer station, there hasn’t been a need to reopen town hall to the public.

Sullivan said that as long as the town is offering alternative ways for residents to do business, he doesn’t feel there’s a justification for reopening. And with Halloween around the corner and cold weather coming, he said the town must be vigilant about potential spikes in its COVID-19 case numbers.

“It has to be a risk and reward kind of formula that you have to look at and say, okay, I’m opening town hall, but why am I opening town hall? Is it necessary? Is it social? Is it because I liked coming in every year to drop off my ballot?” Sullivan said. “Does that make you safer? Does that make employees safer?”

For the most part, South Hadley staff have continued to work on-site at town hall since March, Sullivan said, while the library is offering curbside service and the senior center is doing virtual programming. He noted that in-person traffic at town hall had begun to drop even before COVID-19 hit, and said the town has seen a big increase in use of some of its online services, such as online dog licensing.

“This pandemic is going to forever change how municipalities do business, and that probably extends into everything else in our lives,” Sullivan said.

Franklin Town Manager Jamie Hellen agreed that the pandemic has spurred some innovations that are likely to continue after the outbreak subsides. For instance, he said the town has been conducting some inspections via photo or video, which has been successful so far. In addition, the town council and other boards there are meeting in person at the town hall, but broadcasting sessions and taking public comment virtually via video-conferencing.

Hellen said the town worked with the local cable access television station to outfit its meeting chambers for video-conferencing participation, and he doesn’t anticipate that format going away anytime soon, though Franklin is looking to reopen some of its facilities in November.

“Citizen engagement in our meetings has been at an all-time high,” Hellen said. “And I think the great thing is, because they’ve had more access through Zoom or Google Hangout or whatever technology we’re going to end up continuing to use to be that portal for public participation, I think if we removed it, I think people would be disappointed.”

‘It’s About The Numbers’

In Danvers, officials hope to reopen town offices to the public on Oct. 5, according to Assistant Town Manager Jen Breaker. Until now, the town has been offering in-person services by appointment only, she said, and staff have been working on rotating schedules. Breaker said the building has been outfitted with plexiglass shields, hand sanitizer stations and floor decals to encourage social distancing.

“It’s about the numbers. We monitor and we discuss with our public health officials the numbers for Danvers and also taking into consideration surrounding communities, because Danvers is a large employer throughout the community,” Breaker said.

Edgartown has opened the first floor of its town hall, Town Administrator James Hagerty said, and hopes to reopen the second and third floors eventually. Like in many other communities, the library is operating a pick-up service only, and a reopening date for the senior center is still up in the air.

“There are extreme constraints based on the demographic of that population and COVID that I could not tell you when that is going to be open,” Hagerty said. “I donâ€™t think anytime in the near future.”

Even in communities that have fully reopened walk-in services, such as Bellingham, officials say the pandemic will leave a mark on the way services are offered in the future.

“If there’s some sort of positive that’s come of this, it’s forced us to be more creative in how we can service people and make it convenient and easier for them,” Fraine said. “And safer for us during this pandemic.”

Tue Sep 29 , 2020
About seven years ago, Gabriel Aiello decided to quit cigarettes, fast food and soda. He missed soda the most. He tried seltzer but it bored him. And he missed his ginger beer and whiskey. Finally, Aiello’s wife suggested he make his own soda – a healthier soda. It was the […] 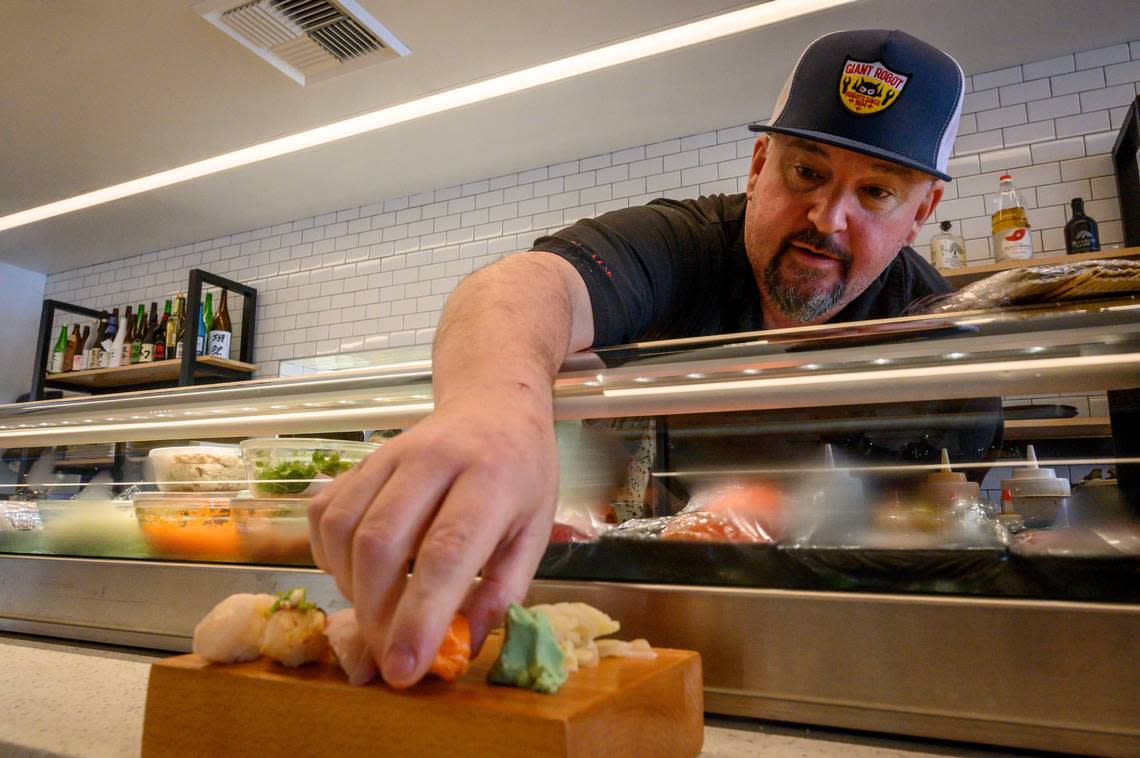